Thunderstorms pose new threat to the largest wildfire in California

The risk for thunderstorms increases Tuesday, bringing a new challenge to getting those fires under containment in Northern California. 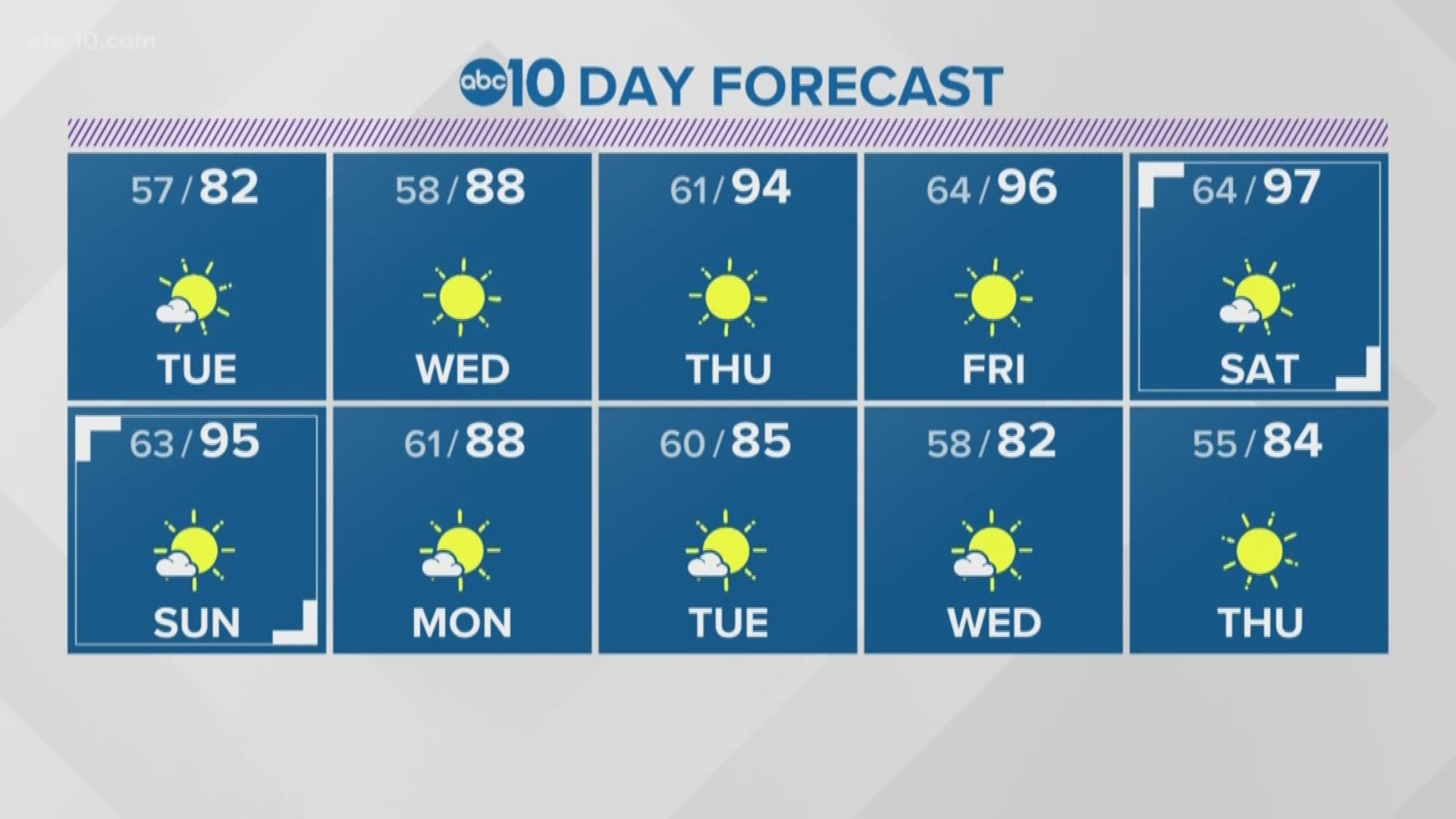 Thunderstorms are posing a new threat to getting those fires under containment in Northern California.

A low off the Pacific coast is bringing an increased risk of thunderstorms to extreme Northern California and parts of the Sierra Nevada.

The area with the biggest chance of storms also has numerous fires burning, some due to lightning from the previous round of thunderstorms. This includes the Walker Fire, the largest fire burning in California.

Tap here for a look at the live radar map.

So far, the fire has burned more than 44,000 acres since last Friday and is only 10 percent contained.

Dry and warm weather will return by the end of the week and into the weekend. This could delay getting this blaze under control.

Tap here for a look at the 10-day forecast.

Evacuations are still in order from Antelope Lake to the Plumas county line, the Genesee Valley road corridor, the Ward Creek area, and the Flournoy Bridge. An Evacuation Center is set up at Lassen County Fairgrounds, 195 Russell Ave. Susanville, CA 96130. Residents who need accommodations can proceed to Quincy and contact the sheriff’s office.

As of Monday morning, the Lassen County Sheriff's Office is reducing the mandatory evacuation order for residents previously under a mandatory evacuation residing along Highway 395 from the Thunder Mountain Road (Wales Canyon) to the Laufman Grade (Old Hwy 59), including the communities of Milford and Brockman Canyon.

They have established a re-population plan and check stations at the primary roads in Milford will restrict access to Milford residents only. Security patrols will continue into the evening hours. The Evacuation Warning means residents should be prepared to evacuate the area.

There are more than 800 firefighters working to contain the fire. The cause is still under investigation.