I-5 north will still see snow chances north of Redding through Saturday night, but it should improve by Sunday. 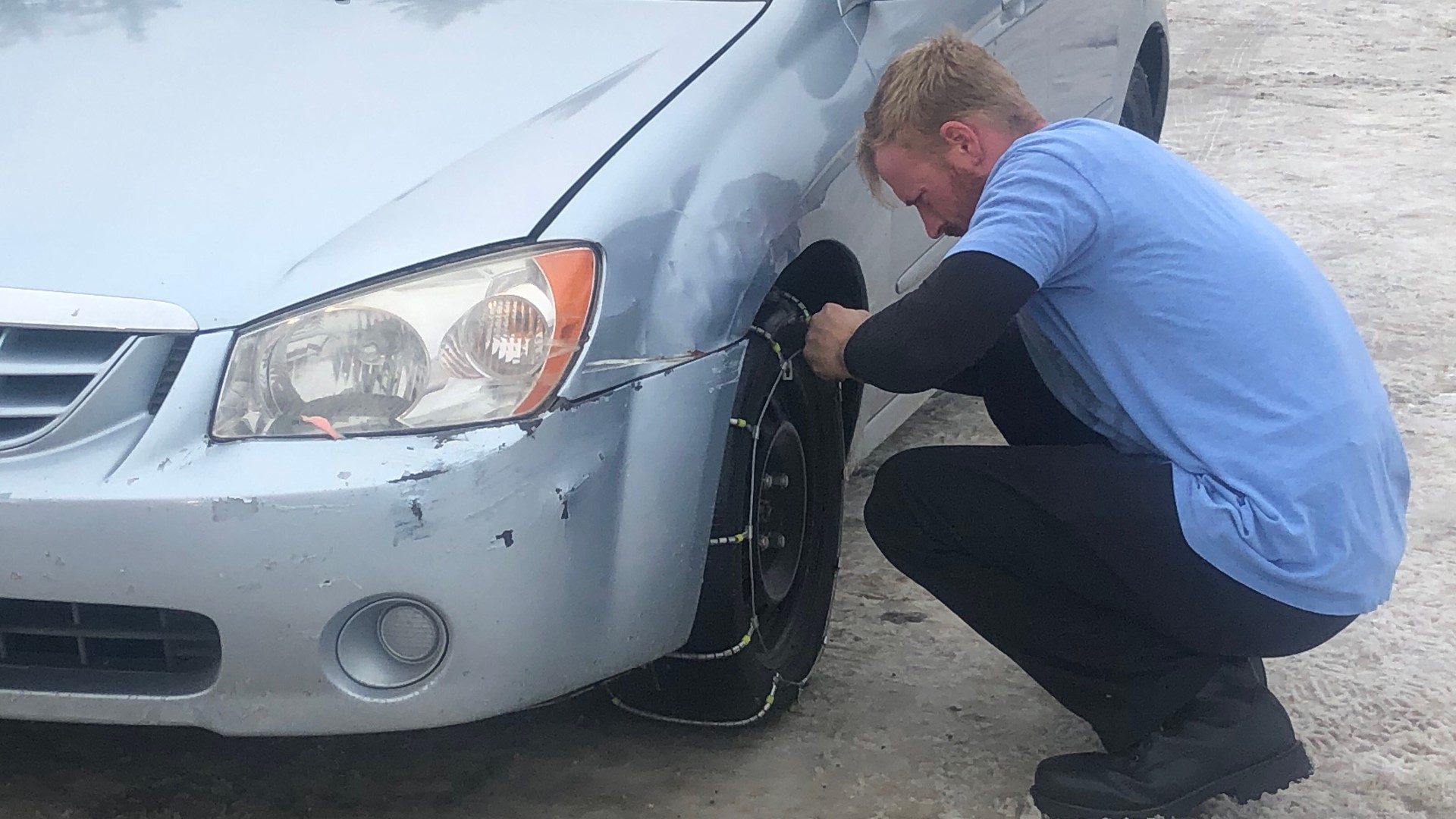 The second storm of the Thanksgiving holiday will impact drivers heading home through the Sierra, the foothills, and the valley.

A winter weather advisory has ended, but a winter storm warning will still be in effect through Monday. This system will be pulling in moisture from the South Pacific, causing temperatures to be warmer even if it doesn’t necessarily feel that way.

The cold blast of arctic air that moved in Tuesday is still causing temperatures to remain low and keeping snow levels low as of Saturday morning.

However, snow levels will continue rising from 3,000 feet to 7,000 feet in a matter of 24 hours. Chain controls will be modified based on those levels.

I-5 north will still see snow chances north of Redding through Saturday night, but it should improve by Sunday.

Heavy bands of rain will be moving through from Saturday night into Sunday with spotty showers going from Sunday into Monday. This could bring as much as 1 to 1.5 inches of rain through the valley and 2 to 2.15 inches of rain to the foothills.

Strong winds will accompany this stormy weather. A wind advisory is in place until 3:00 am Monday. Winds 20 to 30 mph will be felt with gusts as high as 60 to 70 mph.

A powerful storm from California is moving east toward the Midwest, where it is expected to bring intensifying snow and ice during the year’s busiest travel weekend.

Forecasters warn that people traveling throughout the weekend should be aware of the storm’s effects.

According to the National Weather Service, the next weather system for Sacramento is sitting just just off the coast with another round of heavy rain through the weekend.

RELATED: I-80 reopens after standstill traffic in the Sierra kicks off weekend holiday travel

A winter storm warning is in effect until 6 p.m. on Monday for parts of Northern California and the foothills.

Despite it being one of the busiest travel weekends of the year, the National Weather Service says travel is highly discouraged for the Coastal Range, Shasta County, southern Cascades, and the Sierra Nevada.

Recent weather conditions already did a number on I-80. The roadway and drivers were dealing with road closures in the early hours of the morning.

Roadways were cleared around 5:30 a.m. and chain controls were lifted for eastbound I-80 over Donner Summit. However, chains are still required for westbound I-80 from Truckee  to Eagle Lakes.