Where does Northern California stand with rainfall as we move into March? 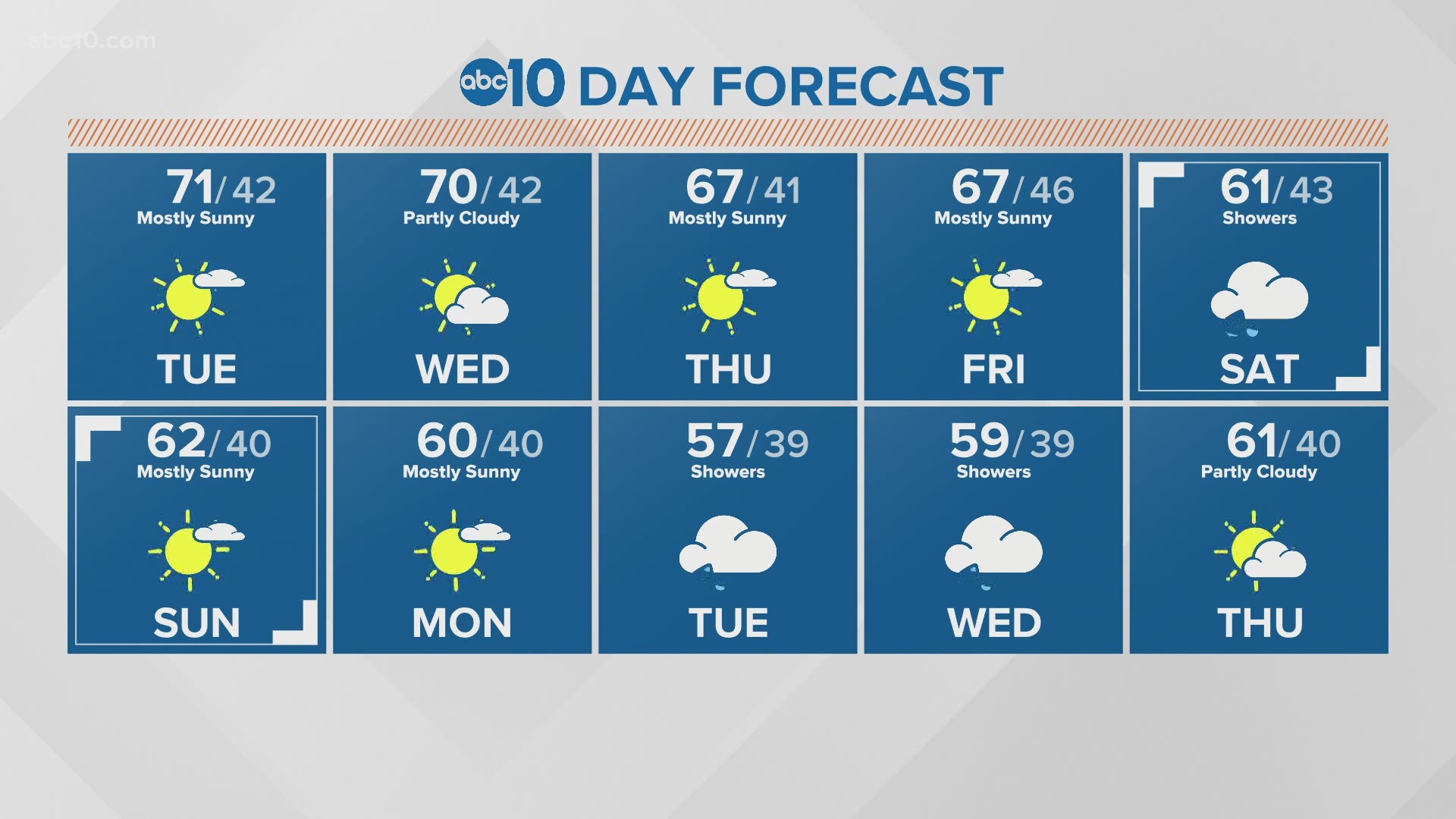 SACRAMENTO, Calif. — This water year has started off slow, but Mother Nature still keeps trying to rally with more storm systems on the horizon.

Unfortunately, there has not been enough moisture in some atmospheric rivers to contribute to higher rain totals. The amount of moisture has not been enough to get Northern California close to normal for this time of year, with 99% of the state listed as "Abnormally Dry." Of that 99%, 30% is in an extreme drought.

Since Oct. 1, 2020, Valley spots from Redding to Modesto have seen variable amounts of rainfall. As of March 2, 2021, Sacramento has recorded 5.48 inches of rainfall since the water year began on Oct. 1. The 30 year normal climate value should be around 13.51 inches of rain, leaving the Sacramento area behind by 8.03 inches of rain.

The Stockton and Modesto areas have been fairing a bit better, as many low pressure systems skirting Northern California have at least hit portions of Central to Southern California.

Stockton and Modesto are recording a little more rainfall with between 2.75 and 3.25 inches of rain, respectively. A much better outlook than their Northern California counterparts of Sacramento and Redding.