The heat has been creeping up on Northern California residents for several months now. 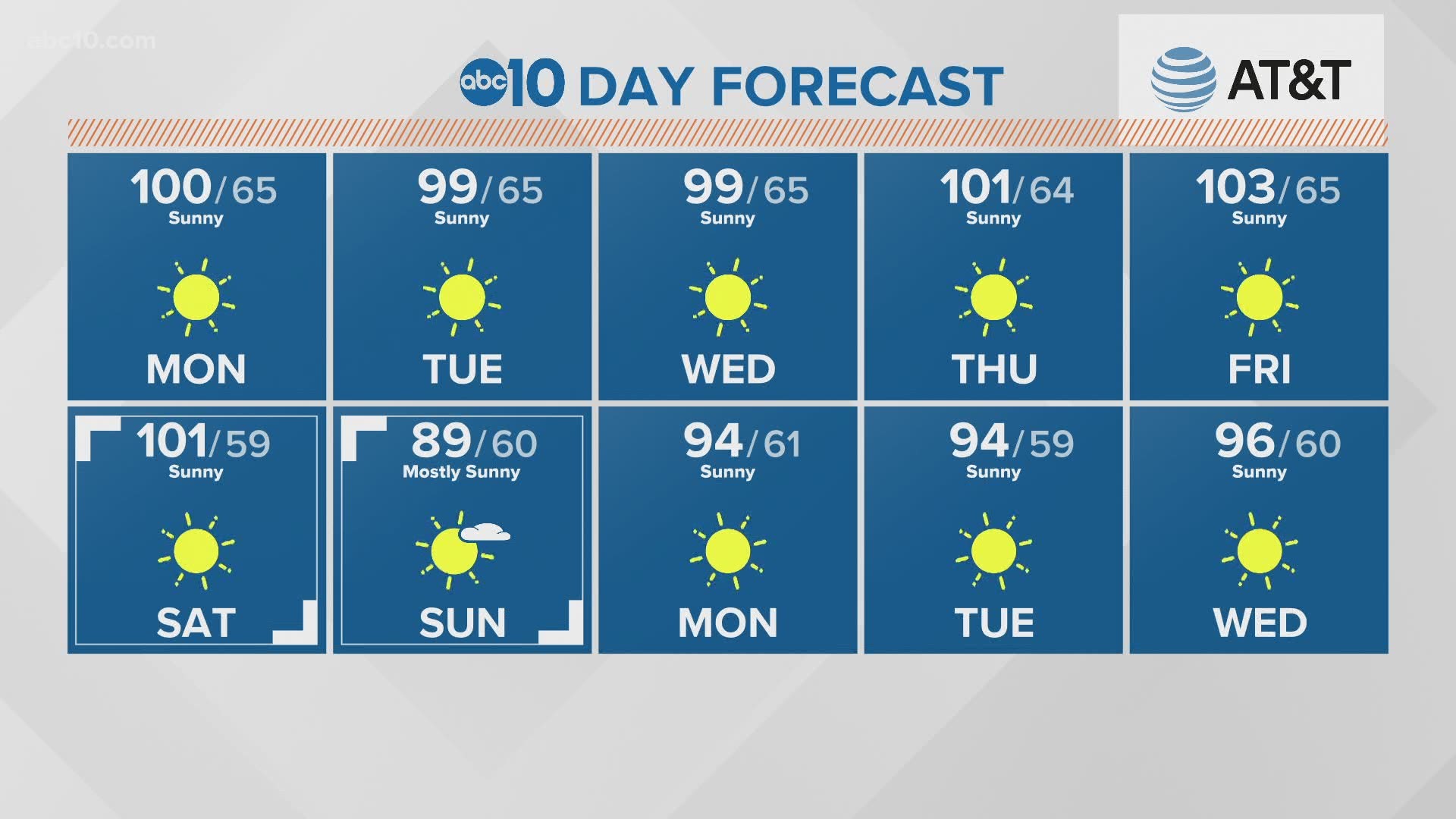 SACRAMENTO, Calif — The first official week of summer will kick off with a heat advisory for most of Northern California.

The Heat Advisory runs from Monday through Saturday and covers Medford, Ore., in Southern Oregon down through Bakersfield. A high-pressure system will cause temperatures to rise to 95-110 degrees. The hottest temperatures will be in the Northern Sacramento Valley. Don’t expect a major cool down in the evenings either. Temperatures are only expected to drop to between 65 - 75 degrees overnight. Usually, a Delta breeze would help us out, but there just isn’t enough instability in the atmosphere to set up the winds, which may be a good thing, considering the fire potential with these temperatures.

The heat has been creeping up on Northern California residents for several months now. This past February happened to be the driest February ever recorded in Sacramento history with no actual rain recorded. By March 4, 2020, the first record-breaking temperature hit all major airports in Northern California.

While this heat continues for nearly a week, the heat risk is still high, but not nearly as high as it would be if our bodies weren’t already used to these temperatures. The heat risk is categorized as moderate throughout much of the Valley, with some spots reaching high to very high risk.

It's a good reminder to stay hydrated, limit caffeine and alcohol intake, and keep an eye on children and the elderly.