A second year of drought conditions has left less water for agriculture. Farmers and organizations are now asking for more water sources. 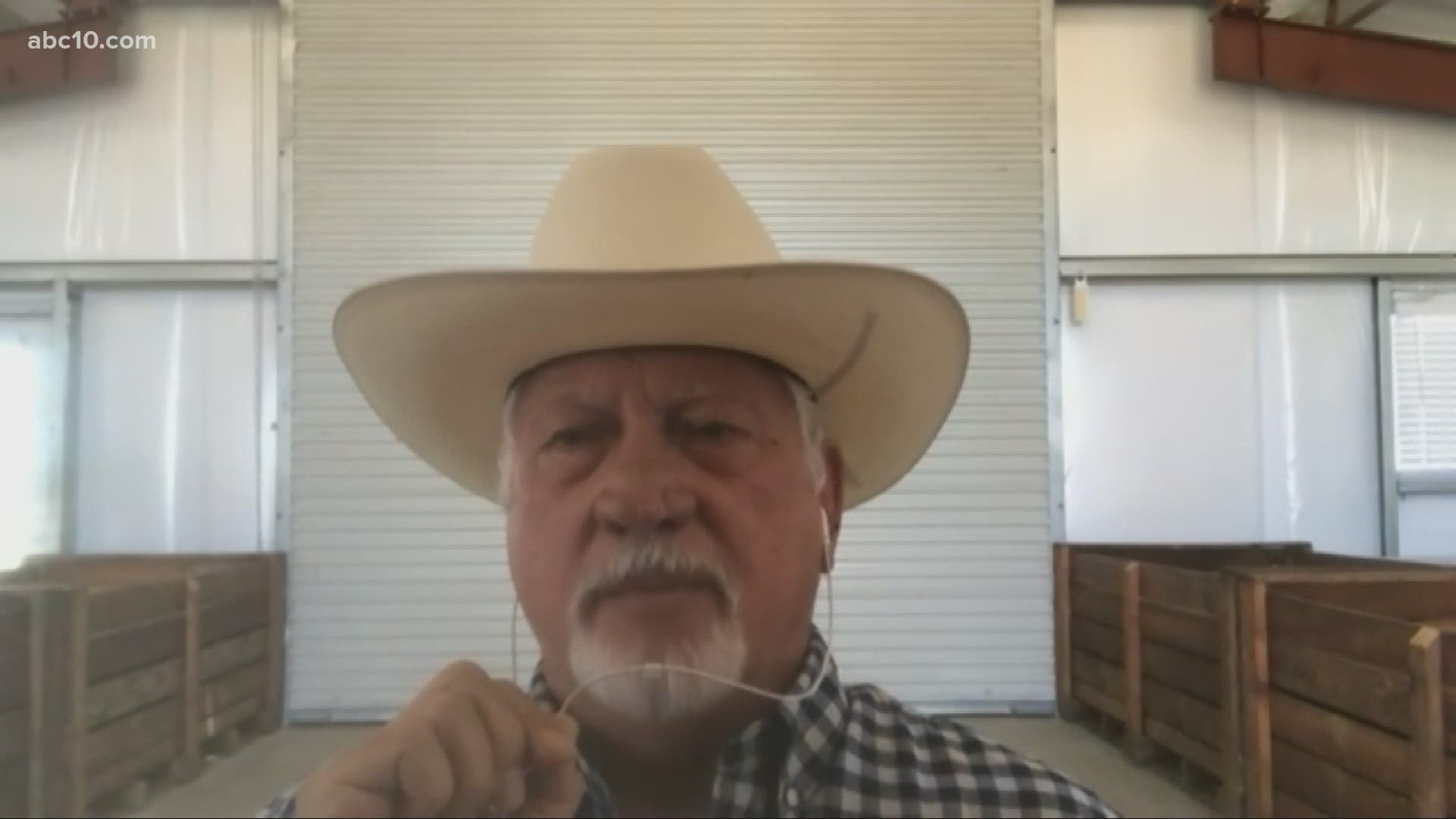 SACRAMENTO, Calif. — Another year of drought conditions continues across California. For farmers, this means even more planning and tough decisions regarding what to plant, how many acres to cover, and which crops will be a priority for irrigating.

As of January 2021, 95% of the state was in a moderate drought. Of that, nearly 40% was in an extreme drought. The California Department of Water Resources typically conducts its snow surveys at the beginning of each month. That was canceled at Phillips Station due to the lack of snow by the start of May 2021.

It’s now the second year of major drought conditions in California, following some wet years in 2016-2017 and again in 2018-2019. This is just an example of how temperamental California’s climate has become.

Farmers, government, officials, and scientists alike are all seeing the effects in different ways.

“We farmers in the Central Valley had issues with water supply for a long time, and it’s gotten worse. Progressively worse. Because climate change has altered the way we get our precipitation,” Joe Del Bosque of Del Bosque Farms in Firebaugh, Calif., told ABC10.

Data showed that about every couple of years, the state goes from hot, record temperatures and drought conditions to a few years of rain and flooding.

This variability is making it hard on farmers either way. Flood conditions can completely ruin crops. Drought conditions can cause farmers to skip out on farming entire acres due to the lack of water.

“We’re already seeing farmers have stopped planting crops; they have reduced the acreage on some very important California crops like processing tomato and sweet corn, melons, onions, and garlic -- things people expect to find when they go to the grocery store,” said Mike Wade of the Farm Water Coalition.

After a dry end to 2020, the Bureau of Water Reclamation announced in January the surface water allocation expected to be given to water contractors would be 5% of the water in reservoirs and dams.

The Central Valley Project spans areas from Trinity and Shasta down the Valley and foothills into the Delta and south through the San Joaquin Valley and Tulare Basin.

“We’re paying a lot of money to get water from there to here. The agencies that move the water, the US Bureau of Reclamation, the State Department of Water Resources, and it all has to be allowed by the State Water Board, which is tampering the movement and transfer of water from a willing seller to a willing buyer,” Del Bosque said.

The low allocation and lack of water are why the Farm Water Coalition formed 32 years ago. It was a way to educate the public on water issues that farmers are facing.

Mike Wade, executive director of the organization, told ABC10, “There’s a lot of infrastructure we use to get water from the natural environment to people who need it in their homes and their businesses. We use reservoirs to capture surface flows and snowmelt runoff and also to help prevent flooding. There are multiple benefits, but we also have groundwater storage that we need to replenish each year to make sure we have sufficient supplies in the ground to help prevent against drought.”

RELATED: California's climate future is changing to warmer and drier

The Farm Water Coalition is comprised of farmers who voice their concerns on water issues. The organization says they have project plans to build infrastructure that would capture more water runoff in rainy years and could be stored for years facing drought conditions.

“We have some terrific facilities where we can replicate what Mother Nature does. We can percolate water into the ground using groundwater basins that we’ve set up with berms around them to protect and hold water like a small reservoir. We do that in areas that have a very sandy gravely soil, so we know we get a lot of percolation. And it’s necessary to have the right infrastructure to get water from our reservoirs to those smaller areas where it can get percolated into the ground,” Wade said.

While better infrastructure is agreed upon by farmers, organizations, and the Department of Water Resources, it all comes down to money.

Wade said projects like these could cost anywhere from $8 to $20 billion for California.

A State Senate budget plan worth $3 billion was passed on April 29 to provide safe drinking water, water supply reliability, and ratepayer assistance. Nowhere in that plan was providing infrastructure for groundwater basins or canal channels to bring water down to farmers mentioned.

“We need to recognize that the industry is essential, our farmworkers are essential, it is incumbent on our bureaucracy and Sacramento to make sure to facilitate the transfer of water that we need to grow these crops,” Del Bosque said.

The Biden Administration released its American Jobs Plan last month in hopes of getting thousands of Americans back to work by rebuilding and working on transit systems, bridges, and roadways, among some of the projects. The plan would cost $2trillion. The only mention of water was through fixing lead piping systems for drinking water.