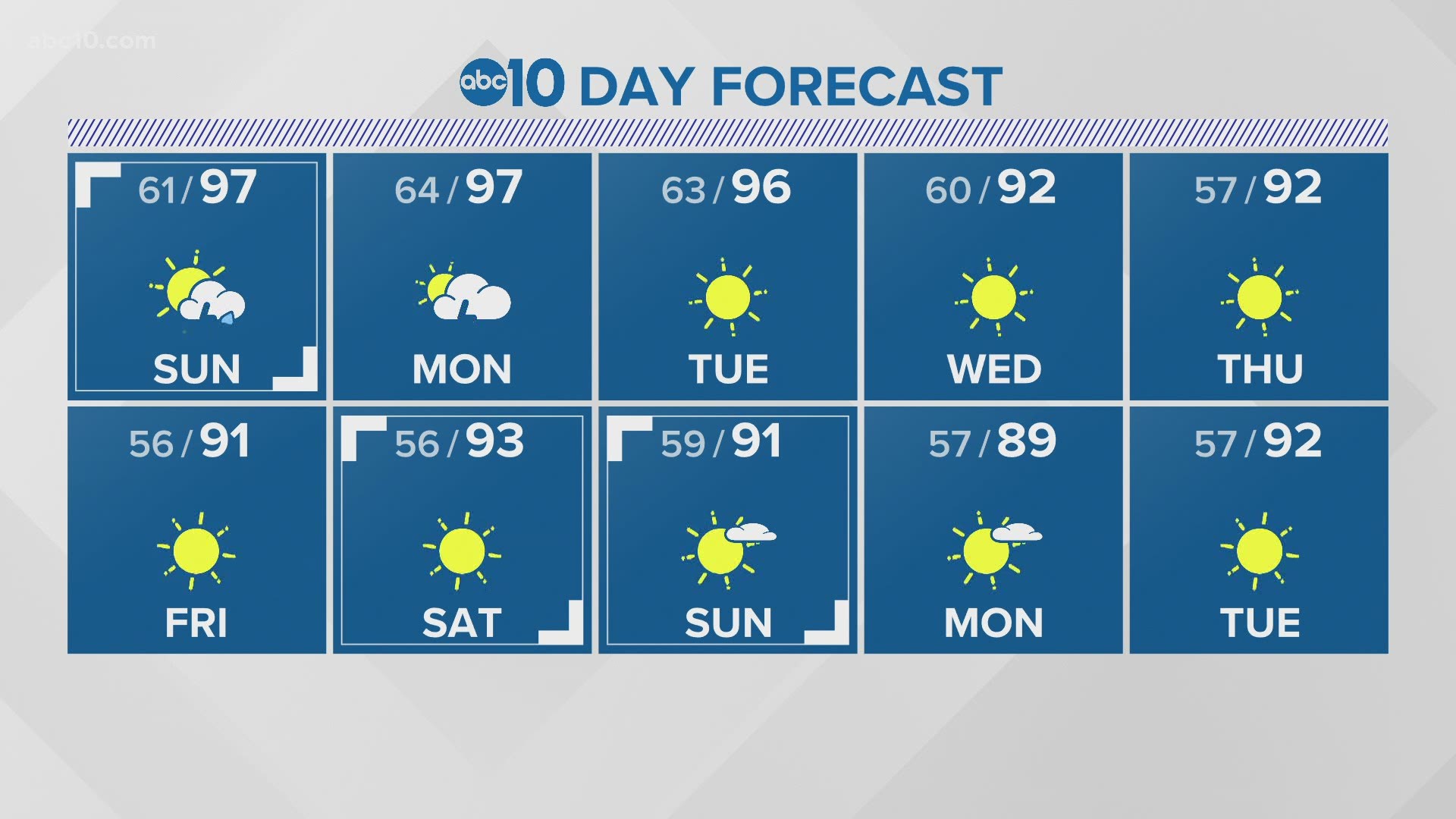 SACRAMENTO, Calif. — Monsoonal moisture from the desert in the southwest will circulate into California Sunday, causing increasing cloud coverage, hot temperatures and humidity.

Most of the concerns lay with thunderstorm chances, as the foothills, high Sierra and coastal ranges see the biggest chance for unstable weather and lightning strikes. These areas also have a large area of dry grass, shrubs and vegetation.

Any spark that starts may move quickly, especially when these storms bring sudden gusts and erratic winds.

A Red Flag Warning is in place from 2 p.m. on Sunday to 5 p.m. on Monday for the northern Sierra Foothills. The areas of Auburn, Truckee and Lake Tahoe are all included in the Red Flag Warning due to the winds and thunderstorms, according to the National Weather Service.

A fire weather watch will remain in effect from Redding to the San Joaquin Valley through Monday evening.

According to the latest update from the U.S. Forest Service, the fire has burned 21,000 acres and has yet to be contained.