So you're thinking of driving to the snow. Here are 5 things to know about tire chains

From keeping a spare set of chains in your car, to practicing how to put them on, here's what you need to know before heading up to the high country. 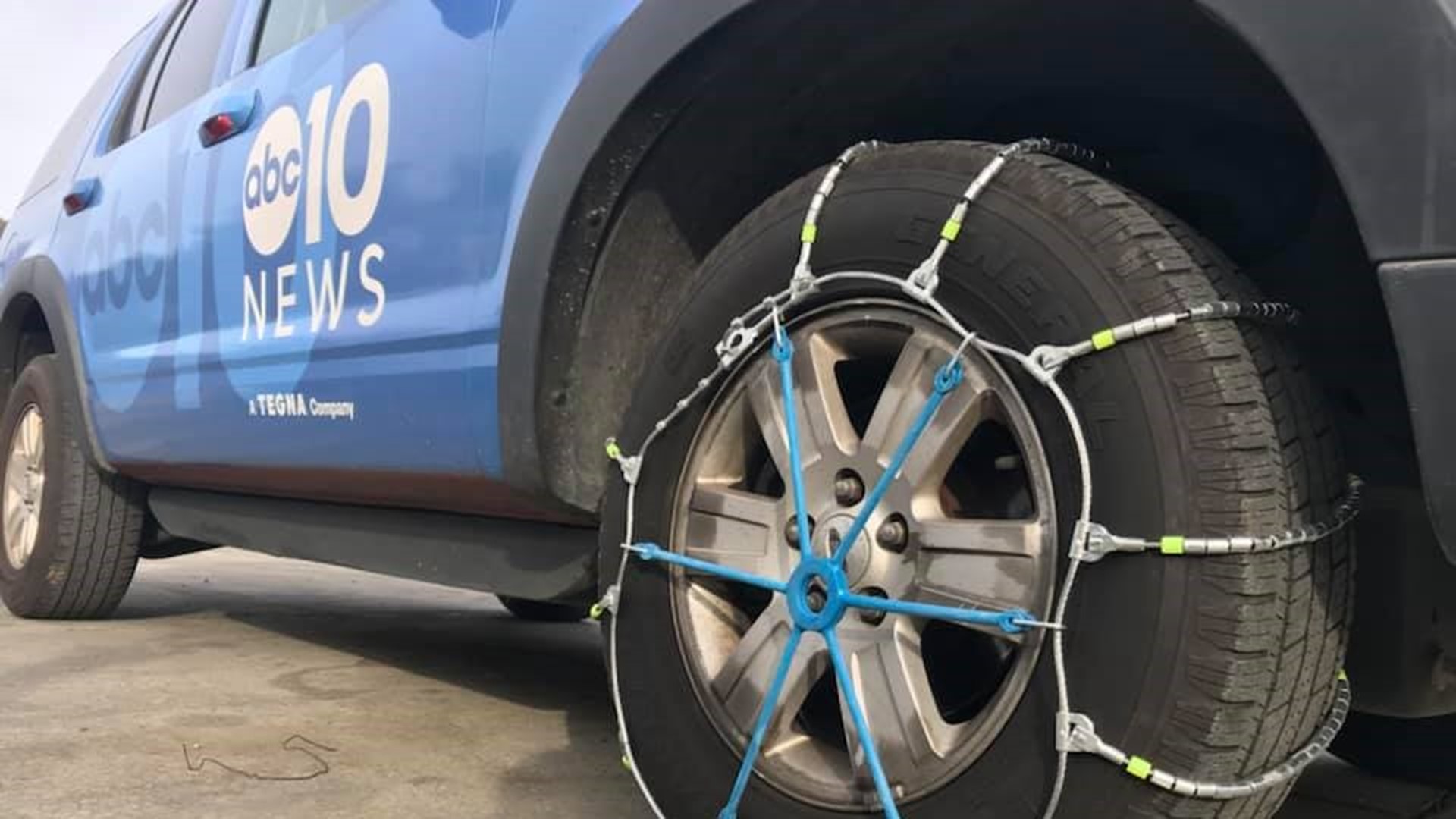 APPLEGATE, Calif. — It never hurts to be over-prepared for a storm, and with some nasty weather heading toward Northern California, we've made a list of the five things you need to know about snow chains before you the roads.

1. If you're heading anywhere near the high country, buy your chains ahead of time and keep them in your car.

"The chains or cables like we're putting on your vehicle here give you traction in the snow. So without them, your wheels are just spinning and you don't have any traction," said Thomas Craighead Jr., a service adviser for G&T Truck Repair.

2. Practice makes perfect. Try putting them on in your driveway before the snow comes to make yourself familiar with how to use them, where you need to position yourself under the car, and test how far you need to drive over the chains to get them in the best position.

Do some research and watch YouTube videos to see how other people have installed their chains.

"This is why you want to do it before you get into the weather, so you can get used to where you have to go, how you have to lay down," Craighead said.

Lena Howland
FIVE THINGS YOU NEED TO KNOW ABOUT SNOW CHAINS I feel like I'm ... back in Colorado doing stories like these but out of all the other reporters we have at ABC10, my newsroom trusted their Colorado girl the most to have a conversation with our viewers about snow chains!

4. If you're not comfortable putting the chains on by yourself, there are typically always designated chain installers parked along the highway ready to help, for a price.

"Make sure it's with somebody who's got a vest on with a number on the back because those are the people that Caltrans has designated to help you and if you pay for that, they should also give you a receipt," Craighead explained.

5. Once you get those chains on, slow down.

"There's posted speed limits at least on [Interstate] 80 here of 30 miles an hour with chain," Craighead said. "I usually don't recommend anything over 25 [mph] when you're going with cables or chains. It's just easier to control the vehicle, especially in the snow,"