Chain controls went into effect on I-80 Sunday morning as drivers made their way into the high country with fresh snow continuing to fall. 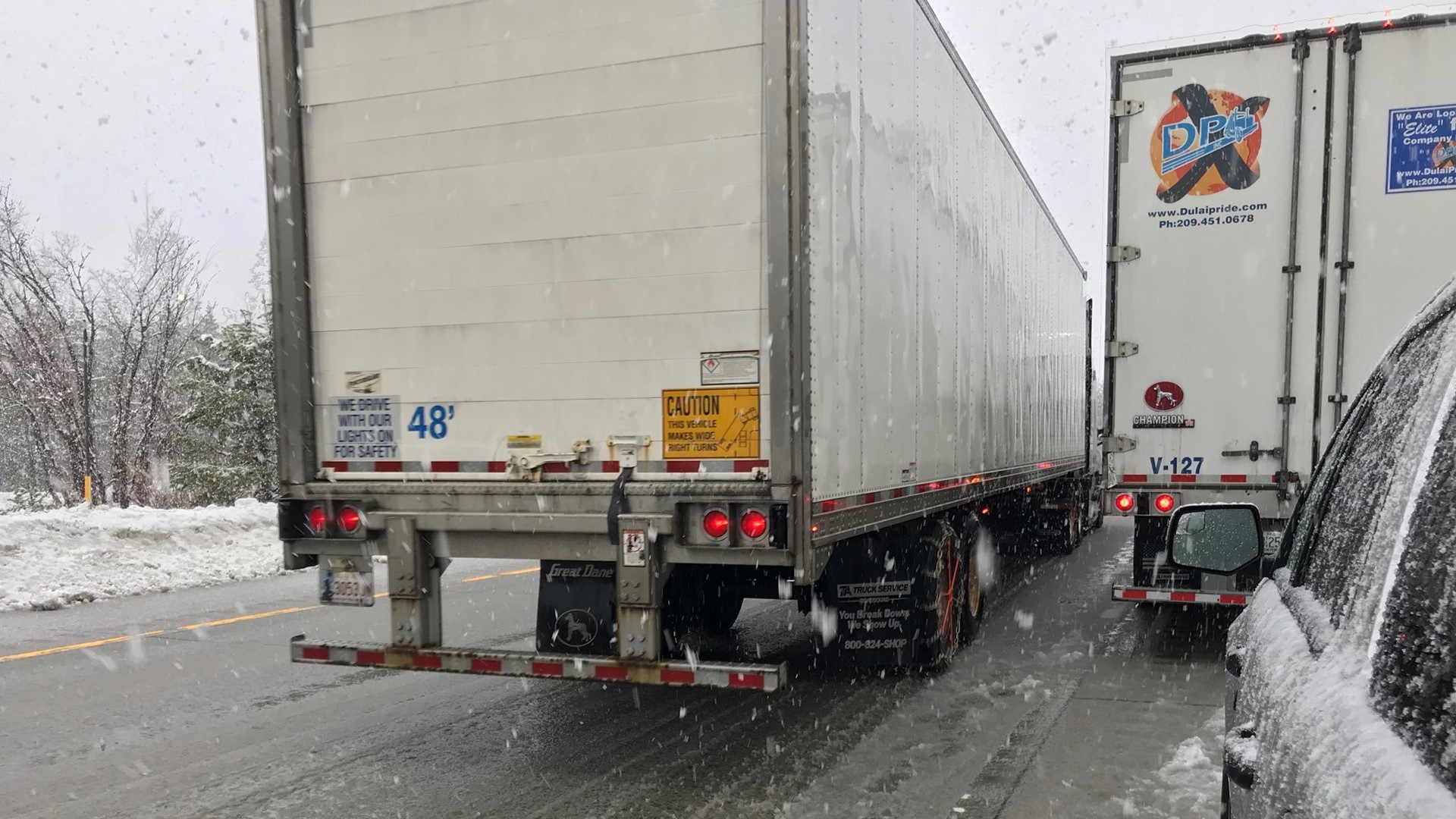 KINGVALE, Calif. — The weather did put a damper on quite a few drivers working to make their way into the high country on Sunday.

At one point, Caltrans was turning truck drivers away on eastbound Interstate 80 near Applegate because of the adverse conditions, before putting chain controls into effect.

Many drivers say the snow is starting to impact their bottom line.

Brand told ABC10 that he had a truck full of fresh produce.

It's his job to get it from Fresno all the way up to Canada.

"It's impacting big time. We've got to change appointments and all of that because I won't make my appointment time because of the weather. That's the way it goes," he said.

When chain controls went into effect Sunday morning, Brand made the call to pull over and take an unpaid break.

RELATED: Drivers traveling though Sierra, Foothills, and Valley could be impacted by weather

And Brand wasn't alone. Dozens of other semis were parked along I-80 on Sunday afternoon, either chaining up or waiting it out.

"The chains are just too expensive, so I don't think I'm going to do it. I'm just going to get a hotel like eight miles away and just park up for the night and hopefully tomorrow morning I can just pass right through," said New York truck driver Curtis Brunache.

Brunache was stopped because he doesn't have chains. He's hauling construction supplies for a project in Reno.

RELATED: Millions heading home from holiday; Travelers should call before going to airport

"This is going to impact my paycheck definitely, significantly, actually, because I've been stuck on the side because of Thanksgiving and all that. So, I was able to work on those days," he said.

But Brunache told ABC10 it's his family that he's more concerned about getting back to in one piece.

"It's just frustrating because I live on the east coast. So this kind of delays me from going back home," he said.