Air quality in parts of Northern California worsening due to wildfires

Winds are expected to shift smoke from fires to the south, with little dispersal of pollutants in the coming days. 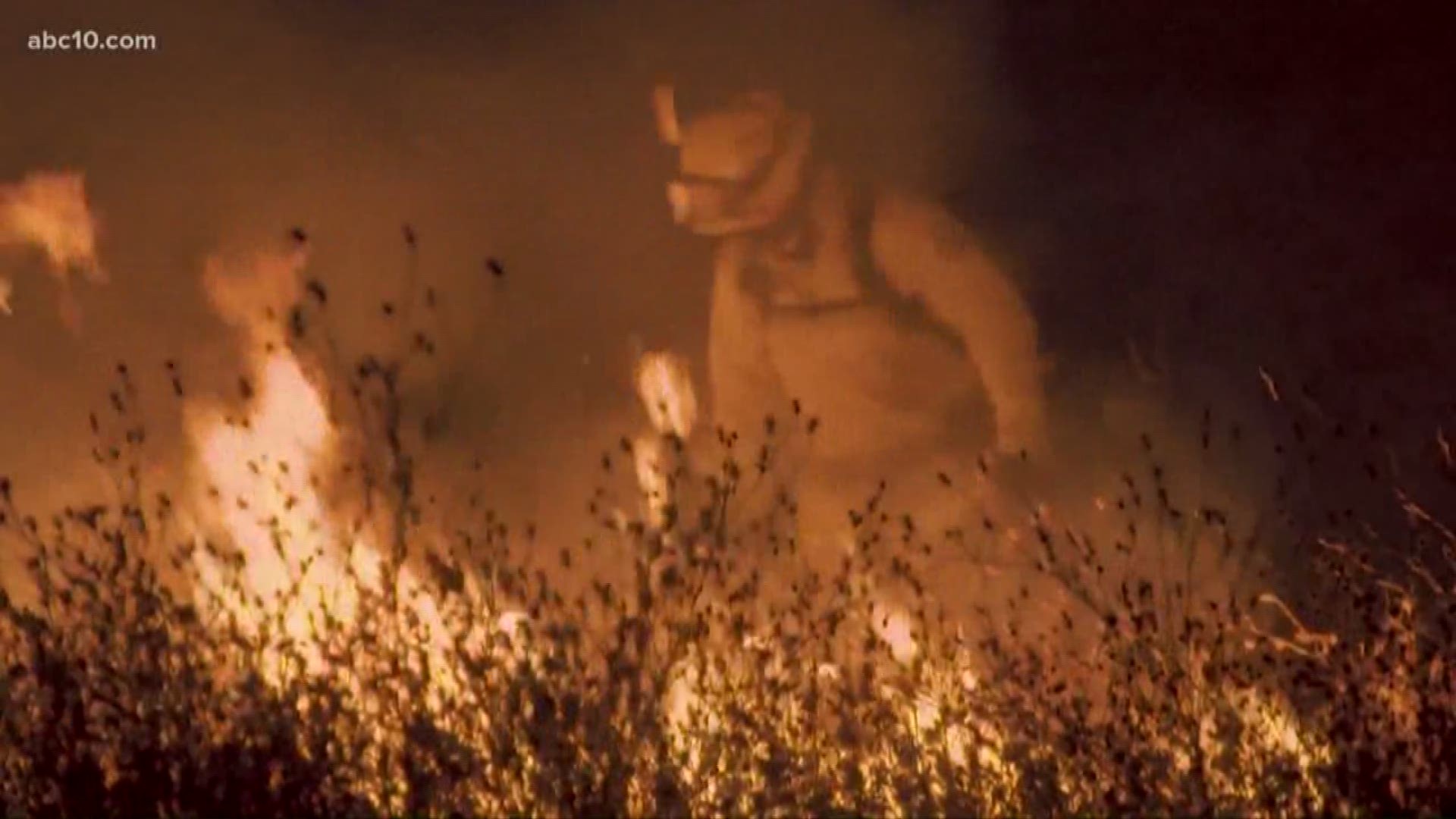 SACRAMENTO, Calif — Winds from the north and northwest are moving smoke from the Red Bank, Swedes, and Walker Fires and improving the air quality in areas close to these fires.

However, because of the shift in winds, smoke from these fires is headed toward the Foothills, impacting air quality in those areas. Particulate matter from the three wildfires are combining, which could bring air quality to unhealthy levels for people with sensitivities by the end of the week.

The forecast for Wednesday, Sept. 11, has particulate matter expected to increase through the afternoon, as winds pick up along with daytime heating. Dust, smoke and inhalable particles fall under the range of 2.5 to 10 micrometers. For reference, a hair strand is about 70 meters in diameter. Because of the smaller nature of this particulate matter, it can be inhaled easily, making it more dangerous, and forcing authorities to alert the public for smoke and dust particles.

RELATED: What fires are burning in Northern California?

On Thursday, Sept. 12, winds will begin shifting and coming in from the south, before shifting from the west and finally southwest in the evening. These southerly winds will then begin affecting cities north of the Red Bank, Swedes, and Walker Fires. The shift from the southeast early in the morning may begin affecting some Valley spots, including the Northern Sacramento Valley Thursday.

Moderate air quality is expected in El Dorado, Pacer, Sacramento, and Yolo-Solano County Thursday, with a possibility for “unhealthy for sensitive groups” air quality Friday, Sept. 13. A ridge of high pressure will intensify Thursday and Friday, causing less mixing in the atmosphere and more stagnant air.

Cooler temperatures starting Sunday, Sept. 15, will alleviate some of the more stagnant air and help with pollutant dispersal.

WATCH ALSO: At what point will climate change be a threat to life? | Weather you know