Yosemite's annual "firefall" returns this week, but may be tough to see this year

The Yosemite National Park Service is warning would-be visitors that Horsetail Fall's infamous "firefall" may not be as visible to viewers of the park this year when it returns.

Because of that, park officials are warning potential visitors they may miss the show, if it even happens at all.

The beauty of "firefall" lies in the unique lighting effect that happens during the middle to end of February. The waterfall create an orange glow when it's backlit by the sunset.This phenomenon occurs mostly during the evenings with a clear sky.

PHOTOS: The firefall at Yosemite 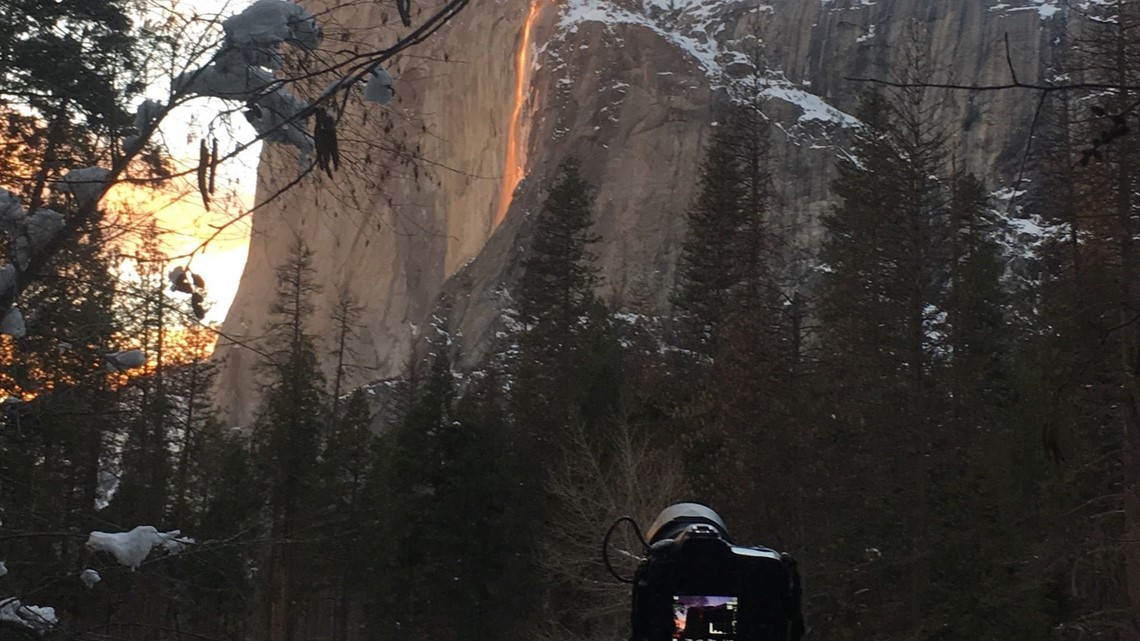 This isn't the only waterfall in Yosemite running low. Yosemite Falls, Vernal Fall, Nevada Fall, and Bridalveil Fall are all also running low, which isn't out of the norm during the wintertime.

If you're planning on making a trip to Yosemite to see the "firefall", it flows over the eastern edge of El Capitan in Yosemite Valley. Expect traffic delays if exiting Yosemite Valley around sunset. Also, keep in mind, there are some changes to traffic patterns, parking, and visitor access. These changes will be in effect from February 13–27.

No permit or reservation is required to view Horsetail Fall.

Yosemite landmarks to get names back after suit is settled

"It's just one of those things you don't see everyday": Yosemite Firefall wows park visitors