The cooldown that began Thursday with cooler 70s will continue Friday, Saturday and Sunday with only slight warming. 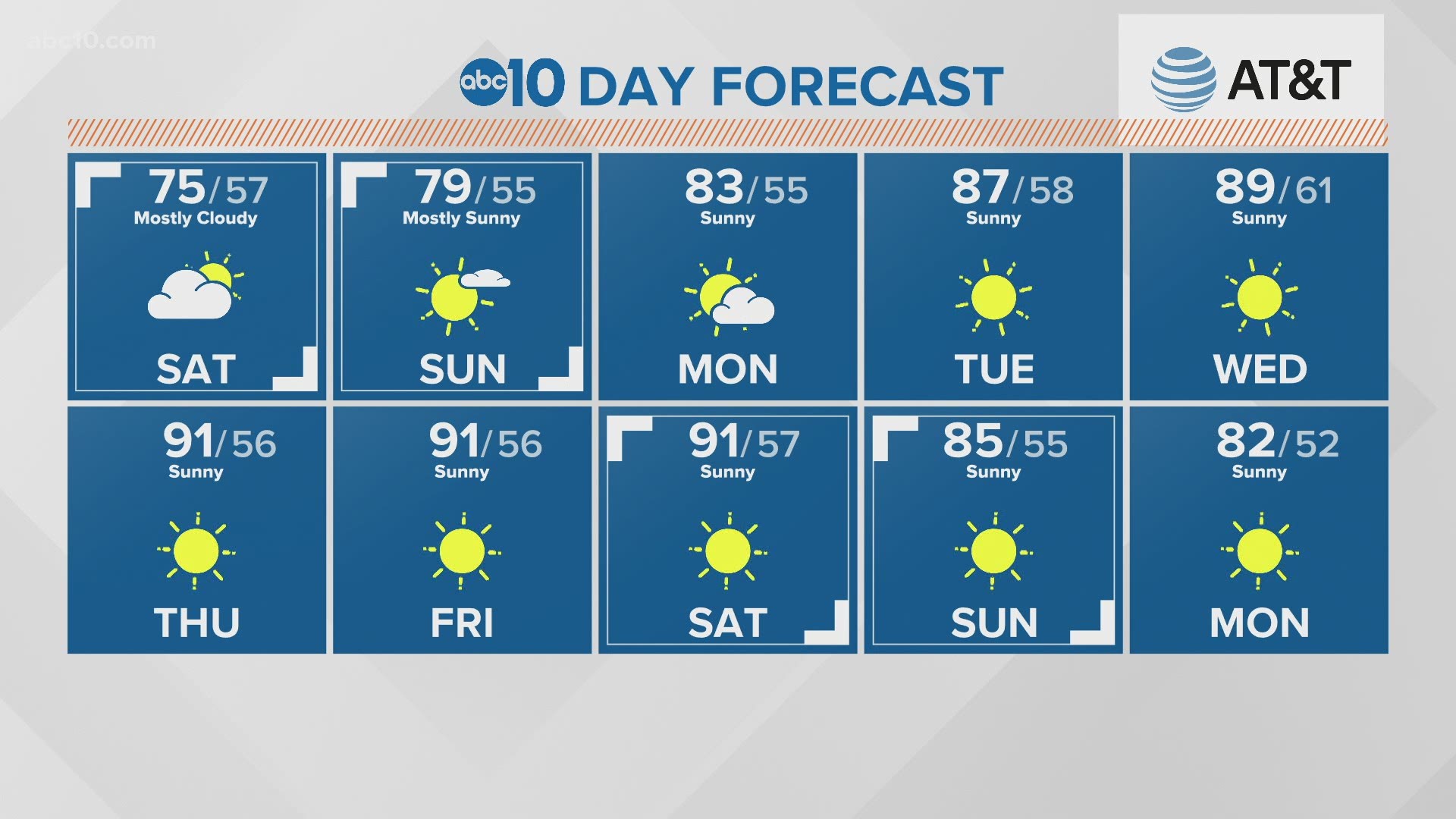 CALIFORNIA, USA — The weekend weather in Northern California will be full of changes.

The cooldown that began Thursday with cooler 70s will continue Friday, Saturday and Sunday with only slight warming. These temperatures will be below the average in the low 80s for valley locations.

A system will move mostly north of the area with solid rain chances for Washington, Oregon, and far Northern California. The system will produce some light rain for the Coastal Range and Northern Sierra as far south as I-80. The valley will be mostly dry except for the extreme northern end of the Sacramento Valley.

Most valley locations will be dry and breezy for Saturday and Sunday. For the Tahoe basin, Saturday will be very windy with fire concerns and gusts over the ridgetops above 50 mph. Below the ridges, winds will be strong in the 30-35mph range.

For the Valley, Sunday will be the windier day with winds in the 20-25mph range most of the afternoon.

Past the weekend we begin another warming trend with north dry winds and temps in the 80s most of the week. North winds this time of year are typically dry and often create fire concerns in October and that will be something on everyone's mind for next week.