Forecasters say an atmospheric river taking aim will bring rain and wind by Saturday and continue through Sunday. 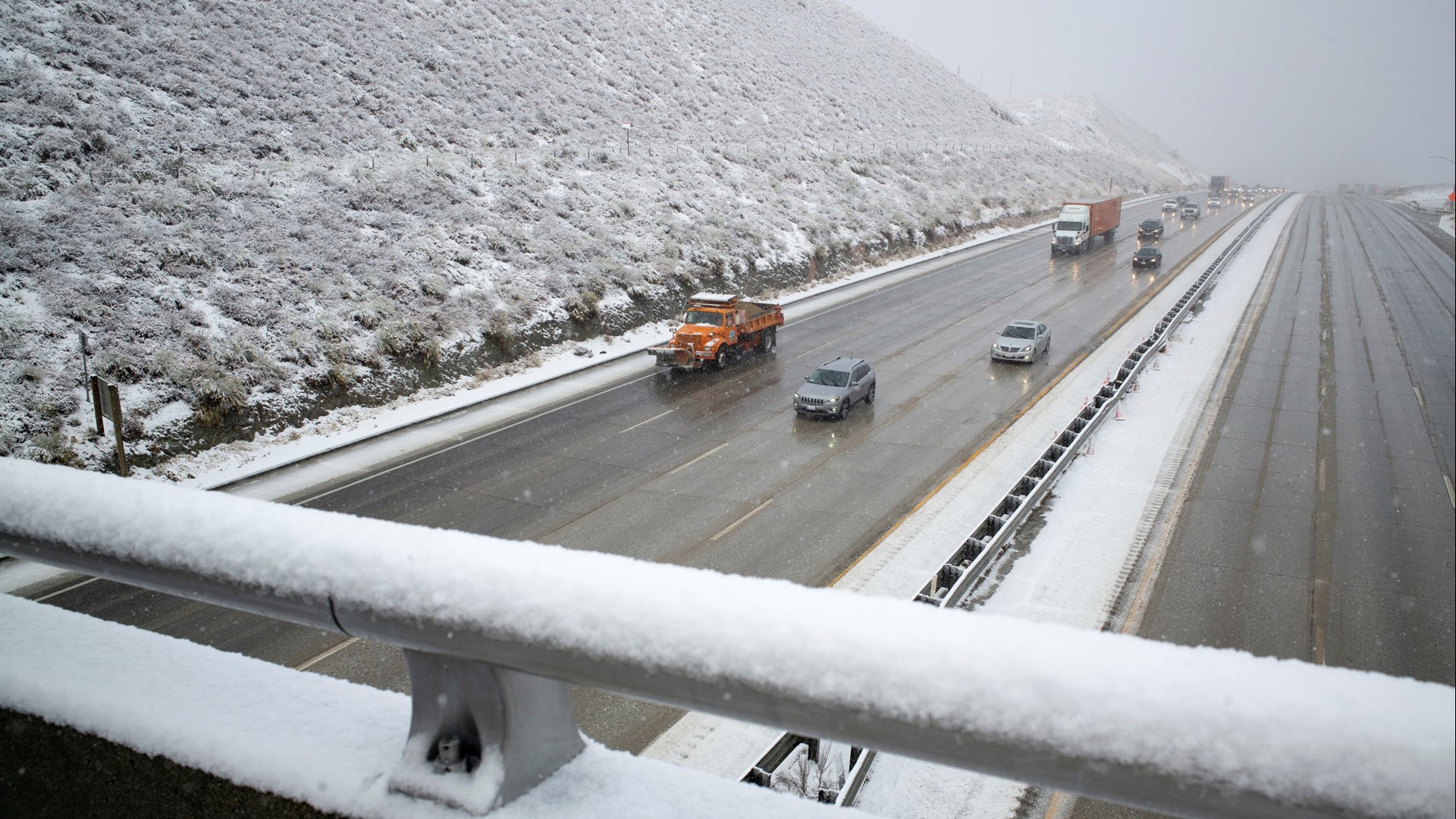 I-80 has reopened to traffic. Chain controls are still in effect for much of the highway, though.

A powerful storm from California is moving east toward the Midwest, where it is expected to bring intensifying snow and ice during the year’s busiest travel weekend.

Forecasters warn that people traveling throughout the weekend should be aware of the storm’s effects. 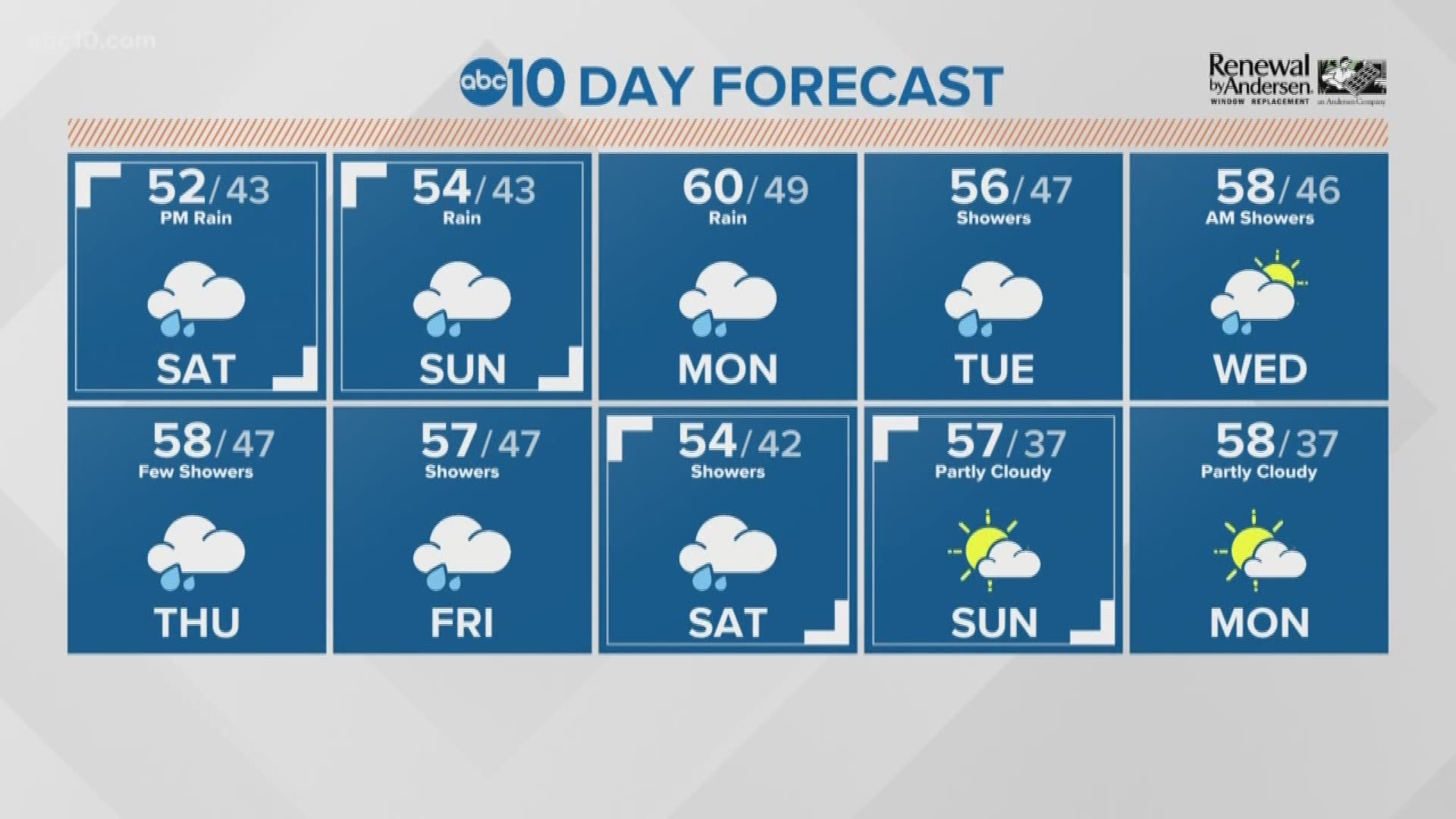 9:30 P.M. Update: Caltrans reports that traffic is at a standstill on I-80 in the Sierra mountains with several spinouts blocking the road. Interstate 80 is closed between Colfax and the Nevada state line. Some drivers have been stuck on the interstate for hours.

Highway 20 is also closed in Nevada City, along with Highway 49 at Downieville because of the I-80 closure.

6:30 P.M. Update: Multiple spinouts have forced a big closure on I-80. Caltrans reports that the interstate is closed between Colfax and the Nevada state line. Caltrans warns drivers to be prepared for long delays.

Highway 20 is also closed at Nevada City because of spinouts.

Friday was supposed to be a better day to travel over the mountains. A new storm is expected to bring more snow to the Sierra Nevada mountains starting Saturday and continuing all-day Sunday. Caltrans recommends that drivers who need to get home after Thanksgiving plan to leave on Saturday morning.

5:30 P.M. Update: Multiple spinouts have brought traffic to a standstill on parts of Interstate 80 near Truckee, CA. 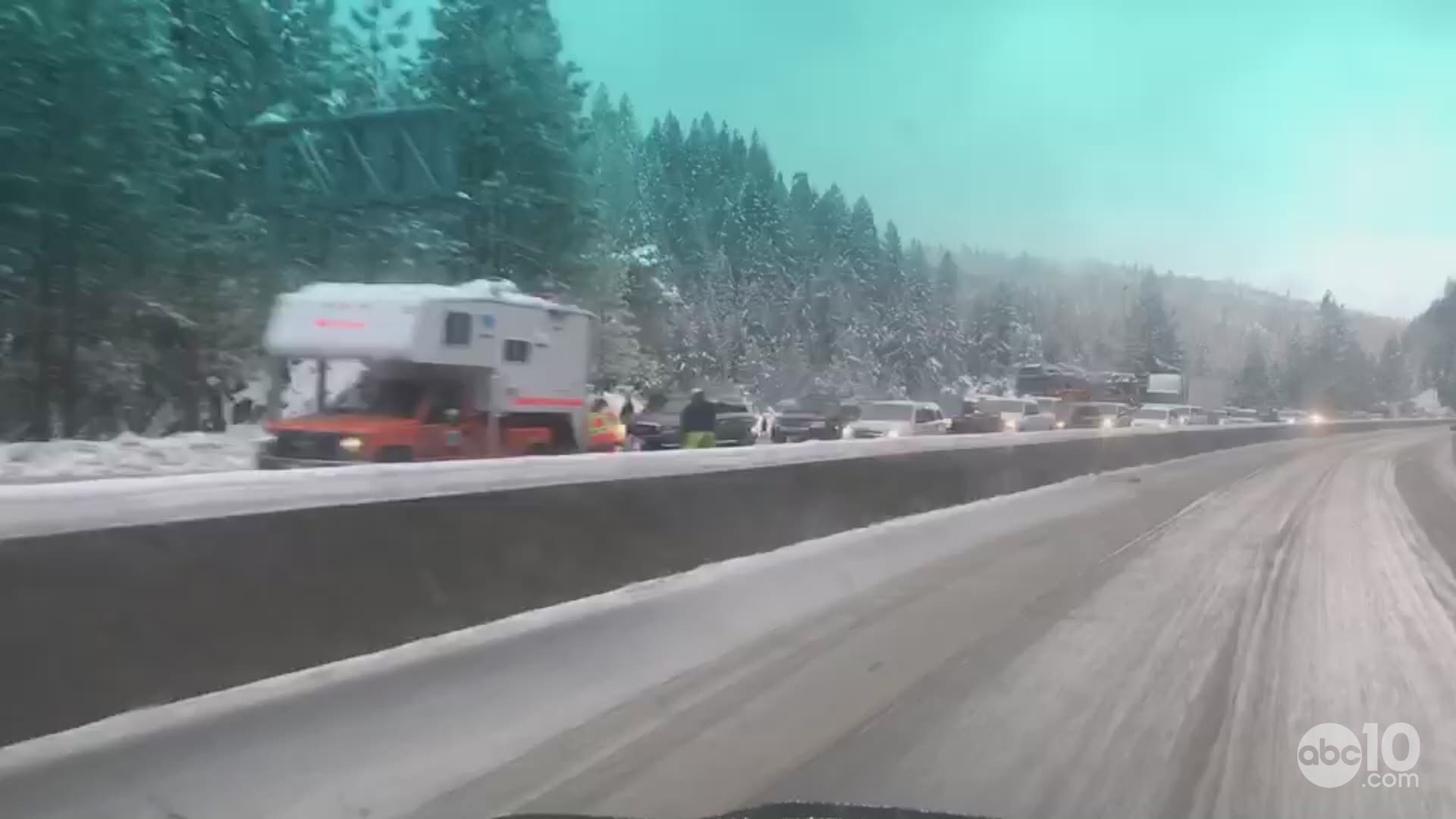 More snow is in the forecast for Saturday and all-day Sunday. Caltrans recommends drivers who need to cross Donner and Echo summits plan to do so Saturday morning.

Earlier Story: A powerful storm making its way east from California is threatening major disruptions during the year’s busiest travel weekend, as forecasters warned that intensifying snow and ice could thwart millions across the country hoping to get home after Thanksgiving.

The storm has already shut down highways in the western U.S., stranding drivers in California and prompting authorities in Arizona to plead with travelers to wait out the weather before attempting to travel.

The National Weather Service alerted that travel could become impossible in some places.

In the Sacramento region, there's a slight chance of Valley showers on Friday, with lows in the mid to upper 30s and highs near 50. The Sierra and upper Foothills should expect on and off snow, too. A Winter Weather Advisory is still in effect for the upper Foothills and Sierra through noon Friday, Nov. 29.

The respite will be short-lived in some parts of the state, including the San Francisco Bay area. Forecasters say an atmospheric river taking aim at the bay region will bring rain and wind by Saturday and continue through Sunday, impacting returning holiday travelers.

A Winter Storm Watch will go into effect beginning at 10 a.m. Saturday, Nov. 30, to 4 a.m. Monday, Dec. 2. Northern California could see up to 10 inches of snow in the mountains on Saturday night and another 3 to 5 inches possible on Sunday, with wind gusts between 25 to 35 mph.

If you're driving home from holiday festivities this weekend, give yourself lots of time on the highways as travel conditions might worsen. Drivers should expect chain controls and delays. The weather threatens to be particularly disruptive on Sunday, when millions of holiday travelers start home. Airlines for America, the airline industry’s trade group, expects 3.1 million passengers during what could be the busiest day ever recorded for American air travel.

The group estimated a record of 31.6 million people will travel over a 12-day holiday period. Airlines on Friday said they were so far operating as usual as they monitor the weather.