What you need to know to stay safe during spring thunderstorms

Many people don't know that if you can hear thunder, you can be struck by lightning. 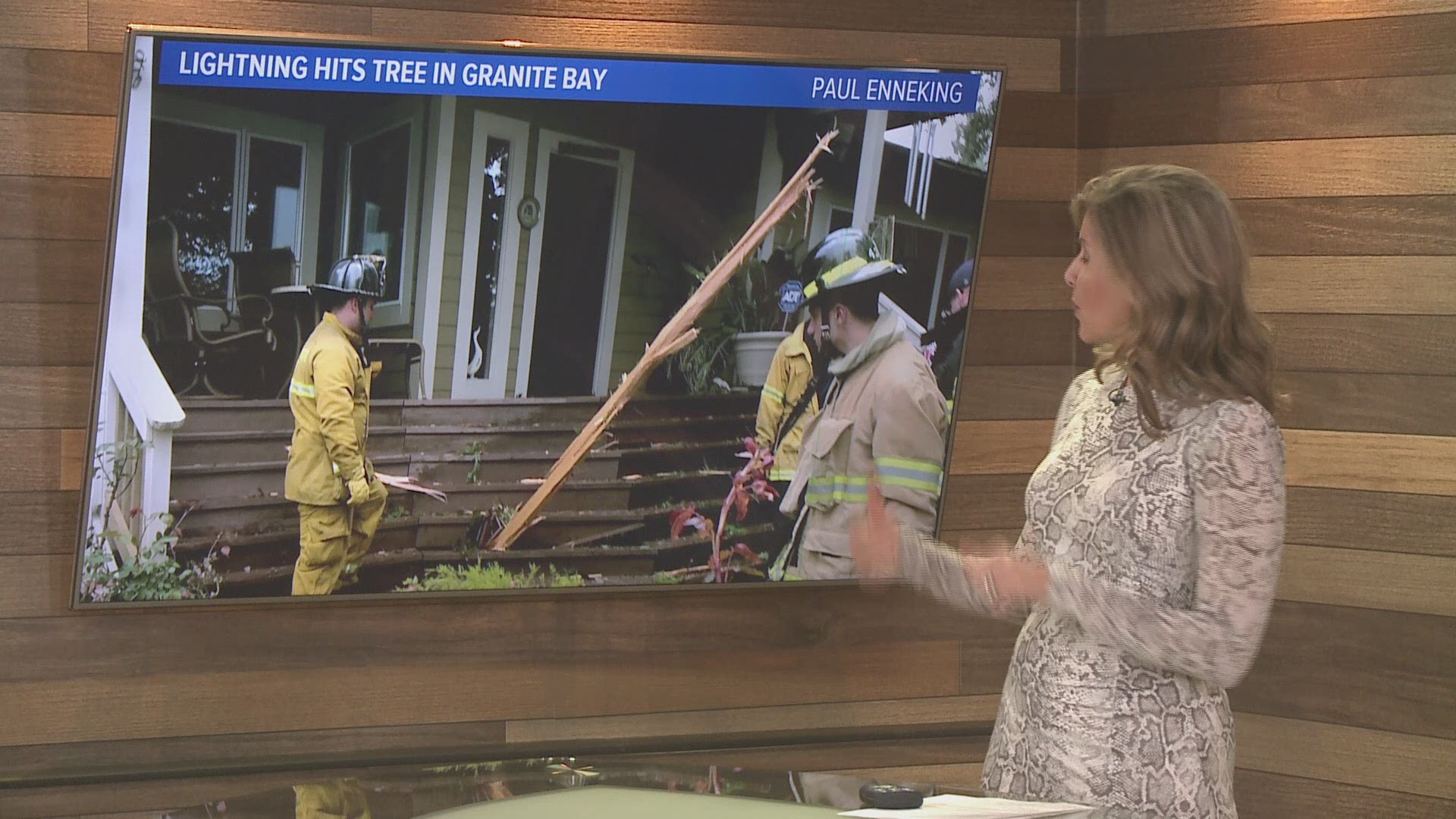 Spring is a time of the year where thunderstorms become more common in our forecast. We constantly tell viewers how important it is to be inside during a thunderstorm. Many people don't know that if you can hear thunder, you can be struck by lightning.

On Thursday, March 28th, just before 3 pm, Paul Enneking and his wife were at home when lightning struck a Redwood tree in his front yard.

"Shortly before lightning struck the tree, I was standing on the balcony outside our bedroom. There was a storm going on with just a little thunder going on in the distance. It started to rain and I went inside. Then all of a sudden it felt like the house literally exploded. The whole house shook. It felt like something hit the house," explained Enneking.

Enneking's wife went outside and the two could see one of the Redwood trees near their home had been hit by lightning.

Branches and pieces of the tree had ended up all over Enneking's front yard.

Enneking and his wife were forced to call the fire department because some of the ferns at the base of the tree were on fire.

"The fire department which is a few streets over also heard the exploding sound from the lightning striking the tree," explained Enneking. "The fireman said the noise happens because when the lightning hits the tree it superheats and vaporizes the water in the tree which sounds like an explosion."

Here a few things Paul has noticed around his home since the lightning strike:

Safety tips to keep in mind during a thunderstorm:

Lightning strikes a Redwood tree in Granite Bay. The power of the strike literally blew off part of the tree and caused damage to the homes electrical system