Where is the smoke headed in Northern California?

Westerly winds helped clear some of the thick haze from the west side of the Sacramento and San Joaquin Valley, but pushed it towards the Sierra. 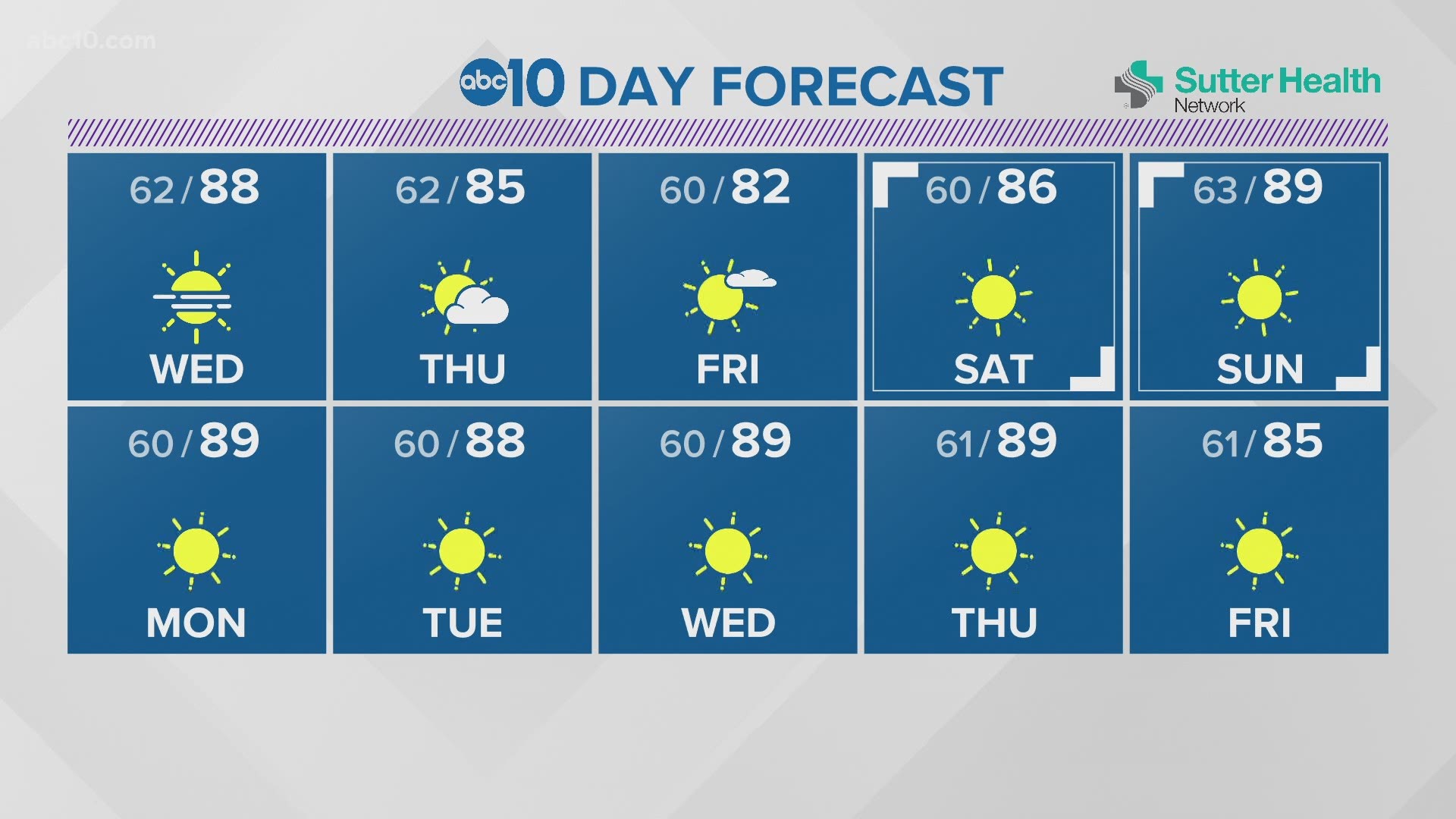 SACRAMENTO, Calif. — Air quality is starting to improve, but the hazy sunshine reminds us the smoke is there.

Westerly winds coming from the Pacific helped clear some of the thick haze from the San Francisco Bay Area and the west side of the Sacramento and San Joaquin Valleys.

@NOAA HRRR-smoke forecast model is showing continued improvement for the eastern side of the state through tomorrow morning #wxforce10 @ABC10 pic.twitter.com/2i7ZPZTKpG

Meanwhile, the same wind pattern that's helping people along the coast and in parts of the valley is pushing the smoke into the Sierra and foothill communities.

A Dense Smoke Advisory remains in effect for the Sierra through Wednesday afternoon with limited visibility.

The region is under an Air Quality Alert until further notice due to multiple fires burning sending smoke into the area.

A weather system churning off the Pacific Coast will keep the westerly flow going and smoke hugging more of the east side of the state through Wednesday. This system will also bring some light showers near the California/Oregon border -- not nearly enough rain to end the dry season.

The air quality forecast provided by the Sacramento Air Quality Management District shows moderate air quality continuing for most the valley through Friday.

Warmer weather this weekend will contribute to a combination of smoke and ozone with poor air once again.

Additionally, until wildfires are out across California, the air quality may be a concern for us.

Multiple fires are still burning with minimal containment. Until those fires are extinguished, or there is a big rain event, expect some smoke in the air.

WATCH ALSO: It's not climate change vs forest management. It's both | California Wildfires in Context