The Dixie fire is California's largest fire and is spreading smoke to more areas as a heat wave begins. 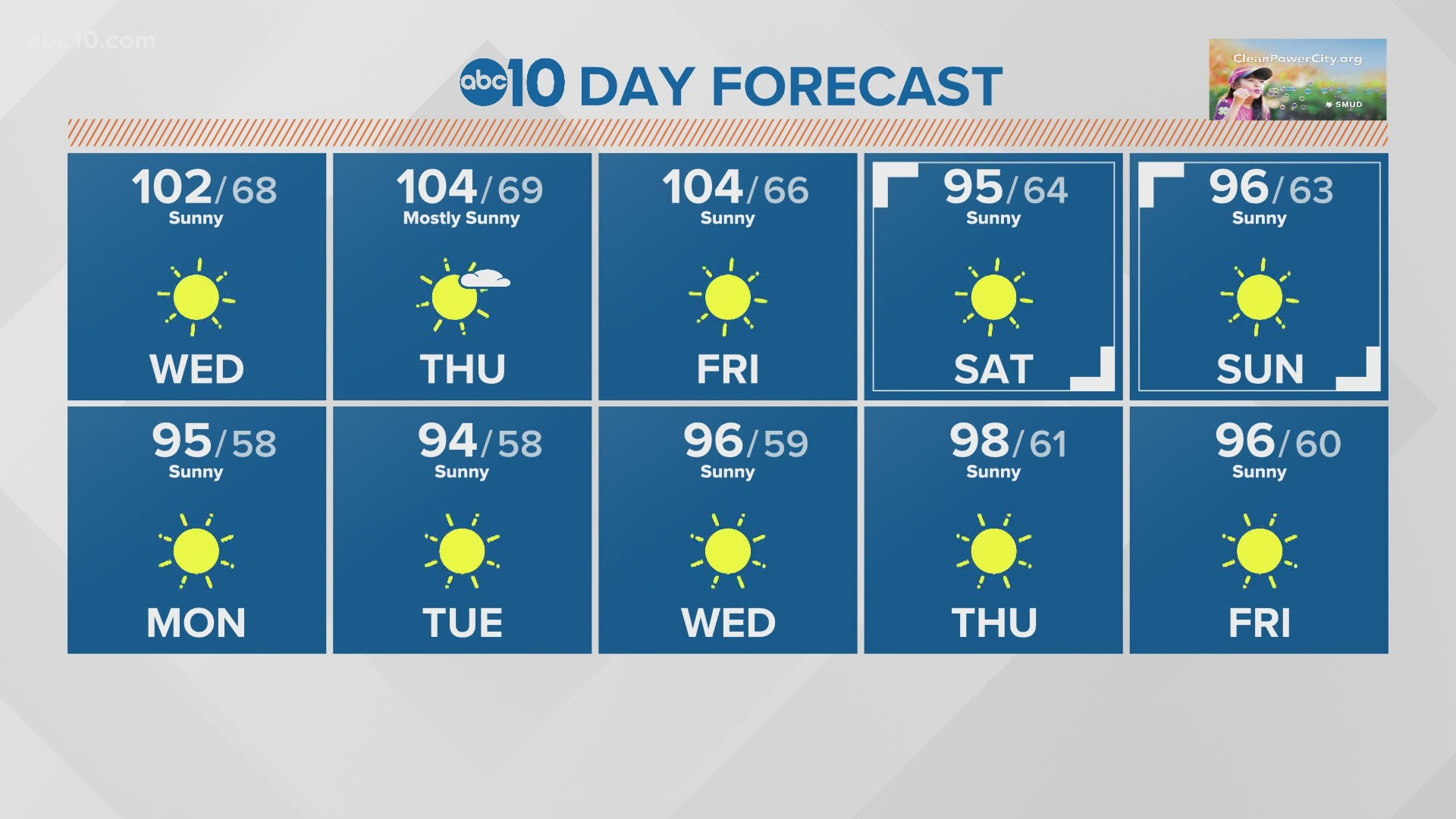 SACRAMENTO, Calif — While much of the Pacific Northwest and even east coast has had periods of heavy smoke due to the wildfires burning in the west lately, California is now getting hit with it.

Heavy smoke has been present near the fires for weeks, but many areas have avoided poor air quality until recently.

Smoke and haze moved south into the Tahoe basin from the Tamarack Fire earlier in the week, but a wind shift helped clear the area.

That same pattern shift is bringing north wind to valley locations and is spreading smoke and haze to more areas in Northern California.

The Dixie Fire has burned more than 200,000 acres so far and is one of the 15 largest in state history.

Most of the smoke and haze from that fire moved North out of the state, but winds are changing. Smoke has funneled down the Feather River Canyon and moved into the Sacramento Valley.

This pattern of wind is part of a heatwave that will bring valley temperatures above 100 degrees Wednesday and for the rest of the week.

Anyone that is sensitive to smoke is advised to limit outdoor activities and remain indoors if possible. Poor air quality is possible the rest of the week.