In between working three jobs and taking care of her elderly mom, Elsabeth Wube put in more than 500 hours of work to build her family a home. 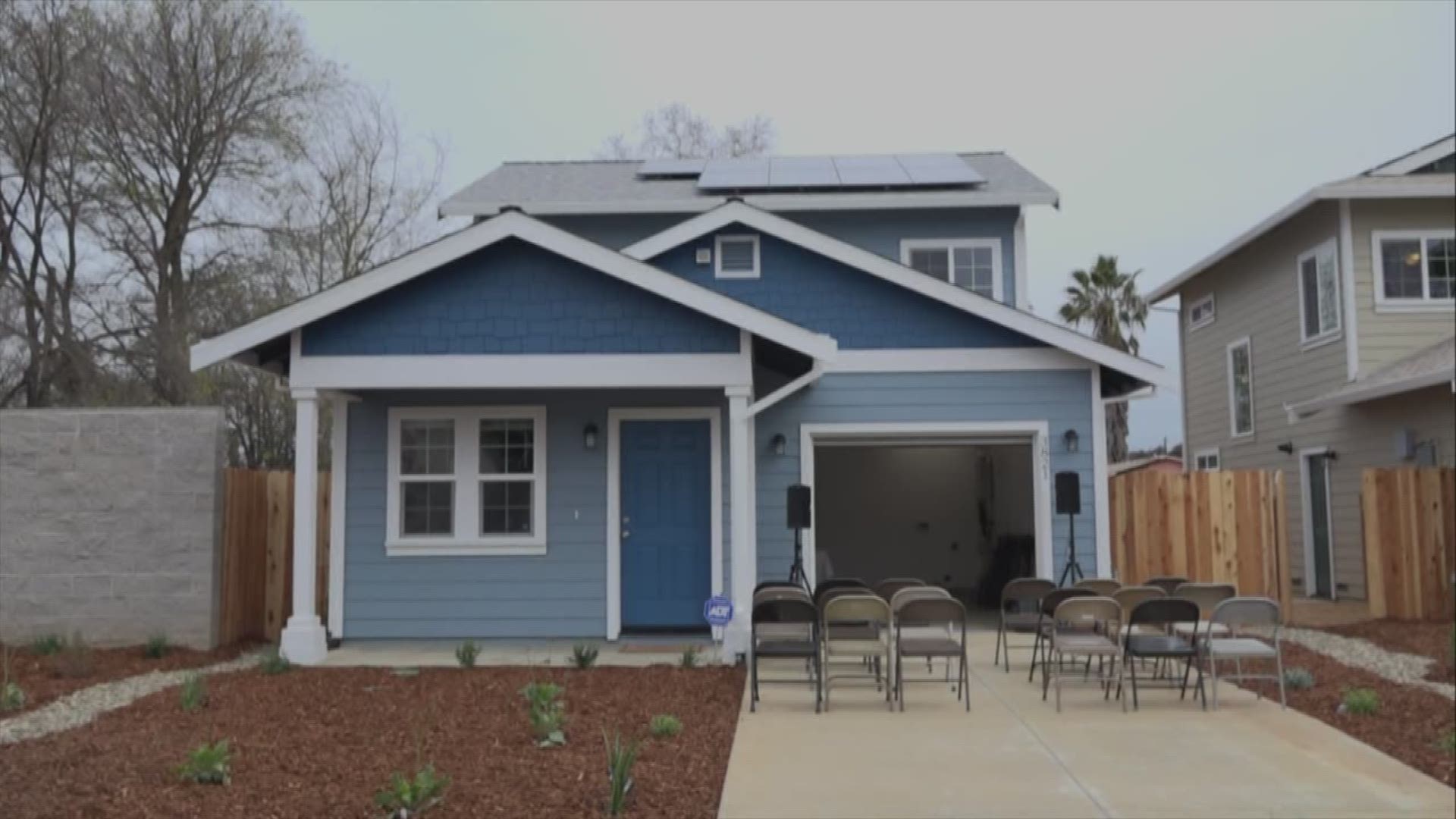 SACRAMENTO, Calif. — Three years ago, Elsabeth Wube found out she qualified for the Habitat for Humanity program — but decided to keep it a secret from her kids.

On Saturday, Wube got to give her kids the surprise of a lifetime, when the family received the keys to their brand new home in South Sacramento.

Wube, who is originally from Ethiopia, told ABC10 she could have never imagined becoming a homeowner when she moved to Sacramento 14 years ago.

In between working three jobs and taking care of her elderly mom, Wube, a single parent, put in more than 500 hours of work to build her family a home.

"Some days, she would go to her job as scheduled, and some days she would come to a Habitat job site where she would change her clothes, put on her grubby clothes, and put it in her 500 hours of 'sweat equity' to build the home," explained Leah Miller, CEO of Habitat for Humanity of Greater Sacramento.

On March 9 Wube surprised her children moments before a home dedication ceremony.

Wube's home is one of five homes that make up the "Avenues Project" on MLK Jr. Blvd and 43d Avenue in South Sacramento.

The Ly Cha family, a family of seven, also received the keys to their home at Saturday's event.

"They have been living in an overcrowded apartment that was in an unsafe area, and for quite some time the parents have been concerned about letting the kids play outside," Miller said. "But now they have a Habitat home, where the kids can play in their big backyard outside."

Dozens of donors, volunteers, and community members came together to celebrate making the dream of owning a home possible for the Wube and Ly Cha families.

Back in 2017, ABC10 partnered with Habitat for Humanity on national make a difference day and several ABC10 employees volunteered to help build the two homes that the two families will now raise their families in.

"Habitat is about community," Miller said. "It's about bringing people together to do something positive and help change a life."

The Rio Americano Jazz Band will go to New York City after being named a finalist in the Essentially Ellington Festival.