News of the college's renaming comes just after the university announced that actor Phylicia Rashad would be returning as the new dean of the College of Fine Arts. 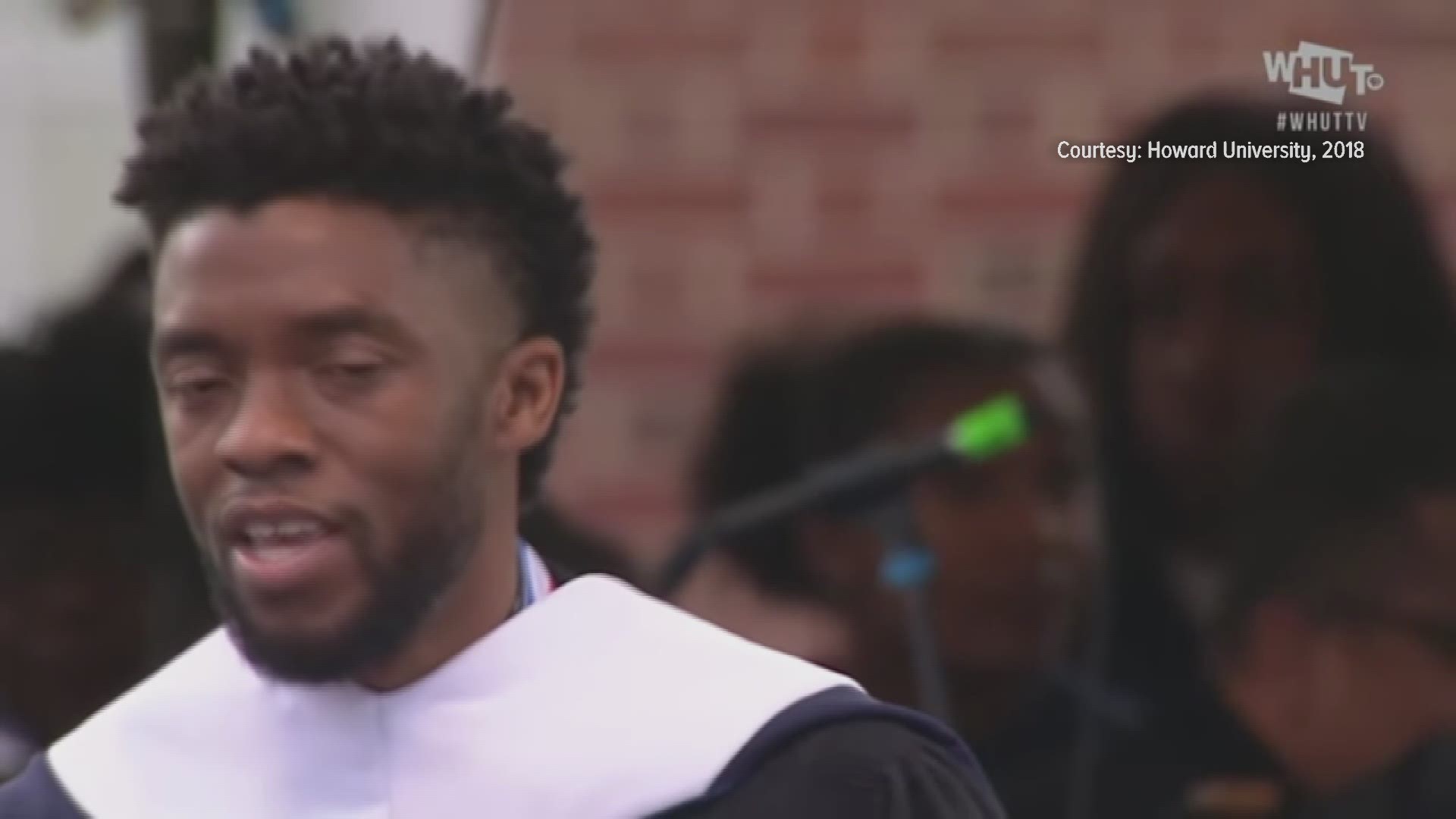 WASHINGTON — Howard University is renaming its College of Fine Arts after one of its most distinguished alumni: the late actor, director, writer and producer Chadwick A. Boseman.

The university announced the college's name change Wednesday. Boseman, who graduated from the university in 2000 with a bachelor of arts degree in directing, died last August from colon cancer at the age of 43.

“When Chadwick Boseman returned to campus in 2018 to serve as our commencement speaker, he called Howard a magical place," Howard University President Wayne A. I. Frederick said. "During his visit, I announced our plans to re-establish the College of Fine Arts and he was filled with ideas and plans to support the effort in a powerful way."

With the support of The Walt Disney Company’s Executive Chairman Bob Iger, the university will collaborate with Iger who will lead the fundraising effort to build a state-of-the-art facility and endowment for the college.

“Chadwick’s love for Howard University was sincere, and although he did not live to see those plans through to fruition, it is my honor to ensure his legacy lives on through the Chadwick A. Boseman College of Fine Arts with the support of his wife and the Chadwick Boseman Foundation," Frederick said.

During his tenure at Howard, Boseman led a student protest against the absorption of the College of Fine Arts into the College of Arts & Sciences. Long after graduating, Boseman, along with other alumni, continued to engage in conversations with Howard University administration.

"Chad, you exemplify Howard's core values of excellence, leadership, service and truth. There is no one more deserving of such honor," Boseman's family tweeted Wednesday afternoon. "We are so proud of you, we love you, and we miss you every day."

Back in September, an online petition to rename the College of Fine Arts after the late actor gathered thousands of signatures. Boseman graduated from Howard in 2000 before starring in numerous notable roles, including King T'Challa in Marvel's "Black Panther."

"Boseman was a man of grace and humility," Frederick wrote in a letter to the Howard community. "A deep thinker who had a deep passion for writing and uplifting his people. A staunch supporter of social justice, he did not shy away from using his voice in service to those without one."

It was during his 2018 commencement speech at the university that it was announced that the College of Fine Arts would be reinstated. It was Boseman's help that allowed this to happen.

"Once more sharing his support and advocacy for Howard's Fine Arts community," the petition read.

Congratulations to all the future students of the Chadwick A. Boseman College of Fine Arts!

News of the college's renaming comes just after the university announced that Famed actor Phylicia Rashad would be returning as the new dean of the College of Fine Arts.

Provost Anthony K. Wutoh called the appointment a “full circle moment” and said in a statement that Rashad’s “passion for the arts and student success makes her a perfect fit for this role."

Howard Fine Arts alumni include actors Taraji P. Henson and the late Bozeman, as well as Bradford Young, the first Black cinematographer to be nominated for an Oscar for 2017′s “Arrival.”