Can a federal holiday be removed? 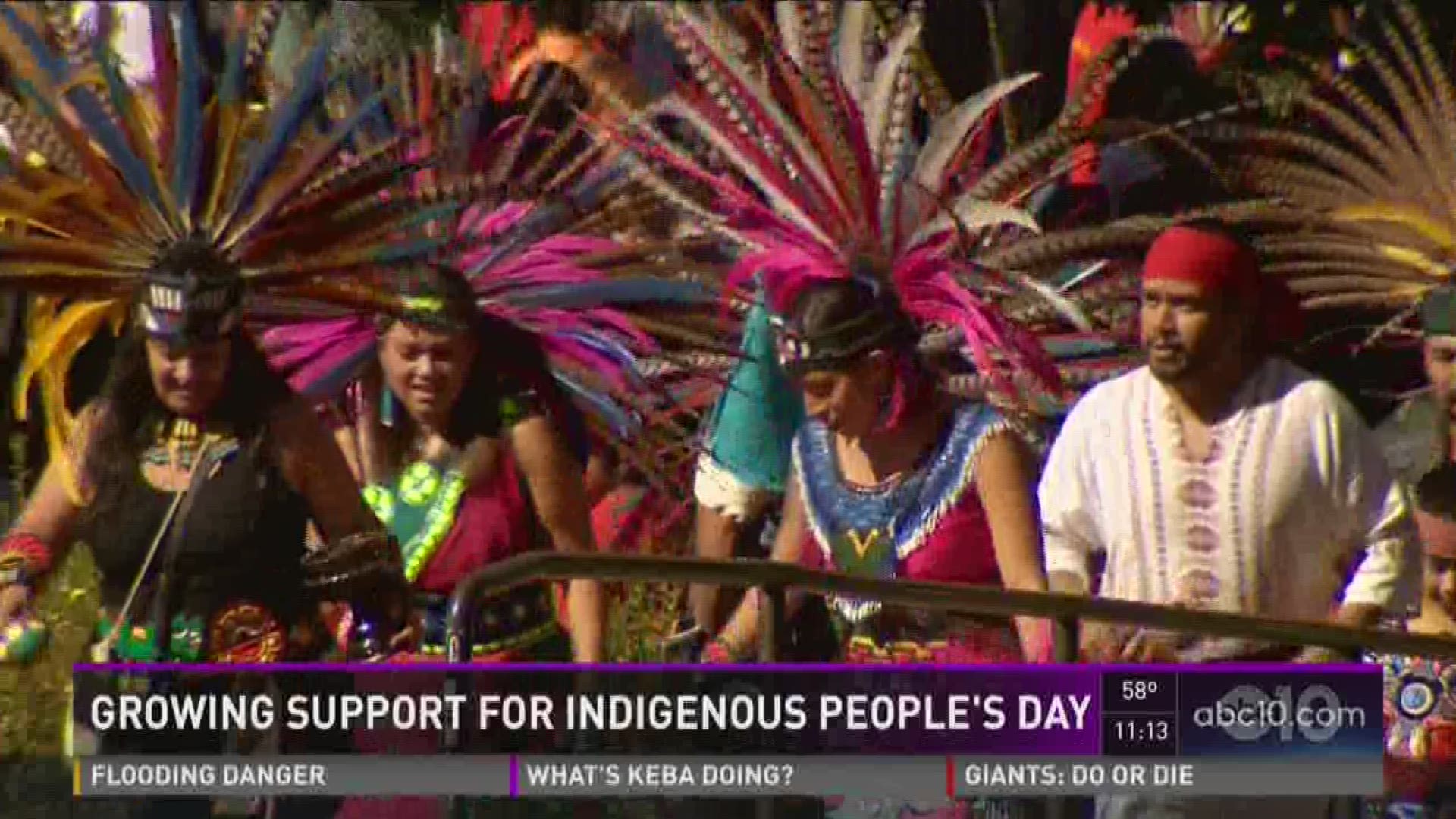 "It's pretty difficult," said Carlton Larson, a UC Davis professor of law who is an expert on legal history.

Larson explained that while anyone in the U.S. can petition for the removal of a national holiday under freedom of speech, legally removing a holiday is a hard process. Congress would have to agree to remove the holiday and it would then have to be signed off by the president.

"There would have to be real political pressure," Larson said.

There would be a lot of opposition by those who support the holiday including federal unions, who would be losing a paid holiday, according to Larson.

Adding a federal holiday requires going through the same process, but could cause other issues. Federal employees would work one less day and costs would likely have to be looked at, Larson explained.

Regardless of the difficulty of removing a holiday, some people are still fighting against some nationally recognized dates.

There are two sides to the story of Christopher Columbus- one side which some say, the holiday doesn't acknowledge.

Celebrating Columbus day became one-sided and doesn't recognize the things that happened after Columbus, according to Brendan Lindsay, assistant professor of Native American and California history at Sacramento State University.

"It's not so much what he did himself but what he introduced," Lindsay said. "He introduced a trend in what I call genocidal"

Lindsay explained the argument against using the term "genocide" is that the deaths of millions weren't caused on purpose but he said, many Europeans knew their contact would harm the Native Americans.

In 2015, a Native American student at Sacramento State University made national headlines after a confrontation with her professor over the term 'genocide'. The argument came during a lecture about the earliest contact between Europeans and Native Americans in North American during the 1500s. The student argued the death of millions of Native Americans was genocide. The professor claimed the deaths were unintentional so they couldn't be labeled as genocide.

Columbus Day has received a lot of backlash and criticism over the past decades by Native Americans and other groups because Columbus indirectly led to the colonization of the Americas and deaths of millions, as well as slavery, according to History.com.

Lindsay said he has many friends who are Native Americans and they say, what angers them the most about Columbus Day is the commercialization of the holiday, such as Columbus Day sales.

There is also confusion over the history of Columbus.

Christopher Columbus has his own federal holiday in the United States, but actually never stepped foot on U.S. soil, according to Lindsay.

The idea that the Italian-born explorer discovered what is now the U.S. in the 15th century, is a myth.

Columbus is famous for setting off on a voyage from Europe in 1492, to discover a western route to China, India and the islands of Asia which were believed to hold spices and gold, according to History.com. Instead he found himself in the Bahamas and later made three more trips where he also landed in Cuba, and mapped the coasts of South America and Central America.

Columbus is the catalyst for European exploration in the Americas but didn't actually discover the lands, since they were already inhabited by millions of people, according to History.com. Historians also argue that the Vikings were the first Europeans to find the Americas.

The first Columbus Day celebration in the U.S. was in 1792, to honor Italian-American heritage and celebrate Columbus' exploration of the New World. President Franklin D. Roosevelt officially proclaimed Columbus Day a federal holiday in 1937, with much influence from a Catholic fraternal benefits organization called the Knights of Columbus, according to History.com.

Columbus Day honors the explorer's determination, which allowed generations to follow to find freedom and opportunities in the U.S., according to a government report.

It was originally observed on the 12th of October but in 1971, it was moved to the second Monday of October.

Because states and cities can choose whether or not to observe a federal holiday, some cities- such as Denver and Phoenix- have chosen to celebrate Indigenous People's Day instead. The state of Vermont also celebrates Native Americans rather than Columbus.

Many groups and people in the U.S.- mainly those with Italian-American heritage or original supporting groups such as the Knights of Columbus- will continue to strongly support Columbus Day.

But the fight against the national holiday continues to spread, even locally. Sacramento State University is celebrating Indigenous People's Day Tuesday, Oct. 11.