In January, Lauren Boebert (R-Colo.) posted a video to Twitter that inferred she was carrying a gun while walking the streets of DC. 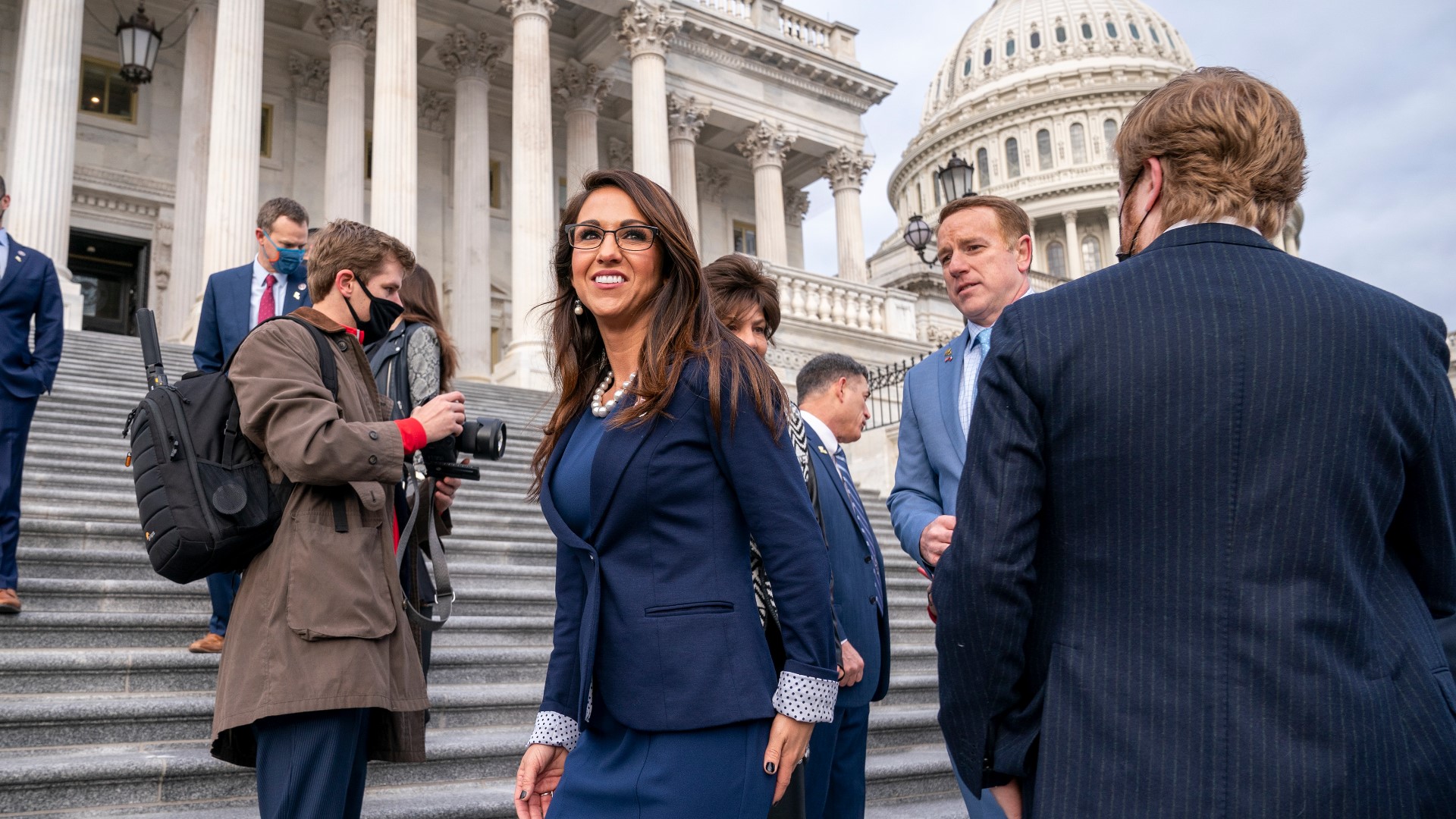 WASHINGTON — After going viral in a Twitter video last month definitively proclaiming she would "carry [her] Glock to Congress," freshman Rep. Lauren Boebert (R-Colo.) has been issued a concealed carry permit by DC Police, according to Acting Chief Robert Contee.

"A concealed carry permit was issued in that case," Contee said in a press conference Thursday.

While members of Congress are exempt from federal legislation banning guns on the Capitol grounds, open carry is illegal in D.C.for all citizens and conceal carry licenses from other states are not recognized. District of Columbia Concealed Carry Pistol Licenses are only issued after a firearms training course, approved by DC Police, has been completed.

Boebert posted the now-viral video to Twitter on Jan. 3 proclaiming that she would carry a gun in D.C. and bring it to work. The video, which has been viewed more than 6 million times, is a nearly 3-minute montage of Boebert walking around the District in a blazer, jeans and heels, with numerous shots of the Capitol and federal buildings, explaining her position on gun rights.

Contee noted that while the video made it look like Boebert was carrying a weapon -- the opening scene showed her strapping a gun to her hip before walking out the door -- he did not have reason to believe she unlawfully carried a weapon in the District.

"The video appeared to be highly produced," he said."There was an inference that the person in the video was armed but you never actually saw the person armed with a gun."

According to her communications director at the time, who resigned after less than two weeks in the position, Boebert was not carrying a gun during the video and he said it was "shot in multiple locations."

RELATED: 'I will carry my Glock to Congress' | New GOP congresswoman advocates for bringing gun to Capitol

Contee said after the January press conference where his team was alerted to the video, he learned there was already a permit application in the works with DC Police.

"As we do with all permits, if citizens are allowed to carry then we grant them a permit," Contee said. "In this case, she was allowed to carry, and she was granted a permit. We did reach out to [her] office."

Contee could not confirm how many members of Congress, have been granted concealed carry permits before he took the position as acting chief, but his guess was that others had been approved.

"Even though I now work in one of the most liberal cities in America, I refuse to give up my rights, especially my Second Amendment rights," Boebert said in the video.

RELATED: Republican lawmaker responds to allegations of hosting 'recon' tours of the Capitol

.@DCPoliceDept acting chief says “NO EXCEPTIONS” to DCs handgun laws. Says congresswoman subject to “same penalties as anyone else.” Mayor says broadly, “violence is being incited," those inciting should “stand down." @scottbroom @wusa9 https://t.co/I0FlW7asy1

Boebert is a restaurant owner from Rifle, Colorado who defeated incumbent Congressman Scott Tipton in the primary election, before going on to defeat former state Rep. Diane Mitsch Bush in the general election.

"I don't go to work in a motorcade or armored car," the congresswoman said. "I don't get police escorts everywhere I go. I walk to my office every morning by myself. So as a 5-foot-tall, 100-pound woman, I choose to protect myself legally, because I am my best security."

Contee said any member of Congress would be subject to the same penalties as anyone else caught in D.C. carrying a firearm unlawfully.

House Speaker Nancy Pelosi ordered the installation of metal detectors outside House chambers in the wake of the Jan. 6 insurrection to enforce the prohibition on members bringing guns to the House floor. Several members have made waves for pushing past the metal detectors and refusing searches, including Boebert and Maryland's line Republican Rep. Andy Harris.

No member of Congress has been charged by Capitol Police for violating the gun ban on the house floor, but the democratically-controlled House has a new rule punishing violators of the prohibition with a $5,000 fine for the first offense and $10,000 for the second.