The dog owner says "Maggie," her 4-year-old Goldendoodle, had surgery on her leg and is expected to be okay. 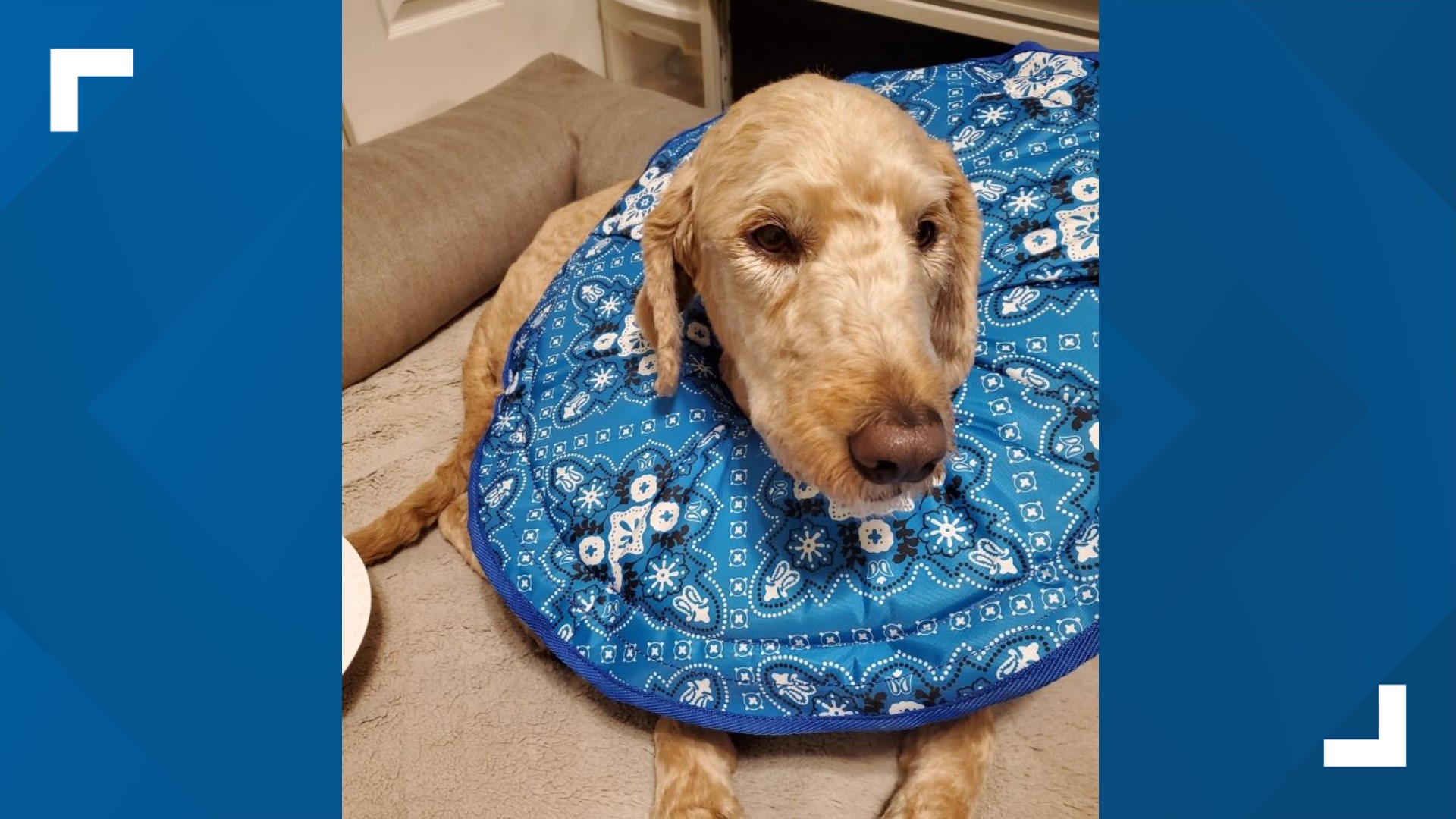 SACRAMENTO, Calif. — A neighborhood in Elk Grove is on alert after a pit bull attacked a Goldendoodle in a front yard.

Ring video from a home camera caught the moment "Maggie," the four-year-old Goldendoodle, was attacked by a brown tanned pit bull.

In the video, you can see the Goldendoodle's owner and a friend trying to help the dog and then scramble and scream for help near the home’s front entrance.

The attack happened on Sunday afternoon on the 9400 block of Soaring Oaks Dr., according to the Goldendoodle's owner, who didn't want to be identified.

She says she and her dog were walking up to a friend's home when the pit bull came out of nowhere and attacked. She said they had to hit the pit bull on the head with a baseball bat so it would let go of her dog. They got her dog and rushed over to the veterinary clinic.

“[Veterinarians] were concerned about her ligaments on her leg, and they opened her up... they were able to repair enough that they are hopeful she will not lose her leg,” the dog owner said.

She said the pit bull took off after the attack, and the owner was not in sight.

Elk Grove’s Animal Control Service was not able to find it. The Goldendoodle's owner is hoping that someone will see the video, recognize the pit bull, and turn in the owner.

“My biggest concern is that that will happen again, and it might be a kid next time," she said.

Late Monday evening a spokesperson for the Elk Grove Police Department told ABC10 that the pit bull’s owner was identified, however, no other information was released. The owner could be facing a fine.

Anyone wanting to help the Goldendoodle's owner with medical expenses a GoFundMe account has been set up.