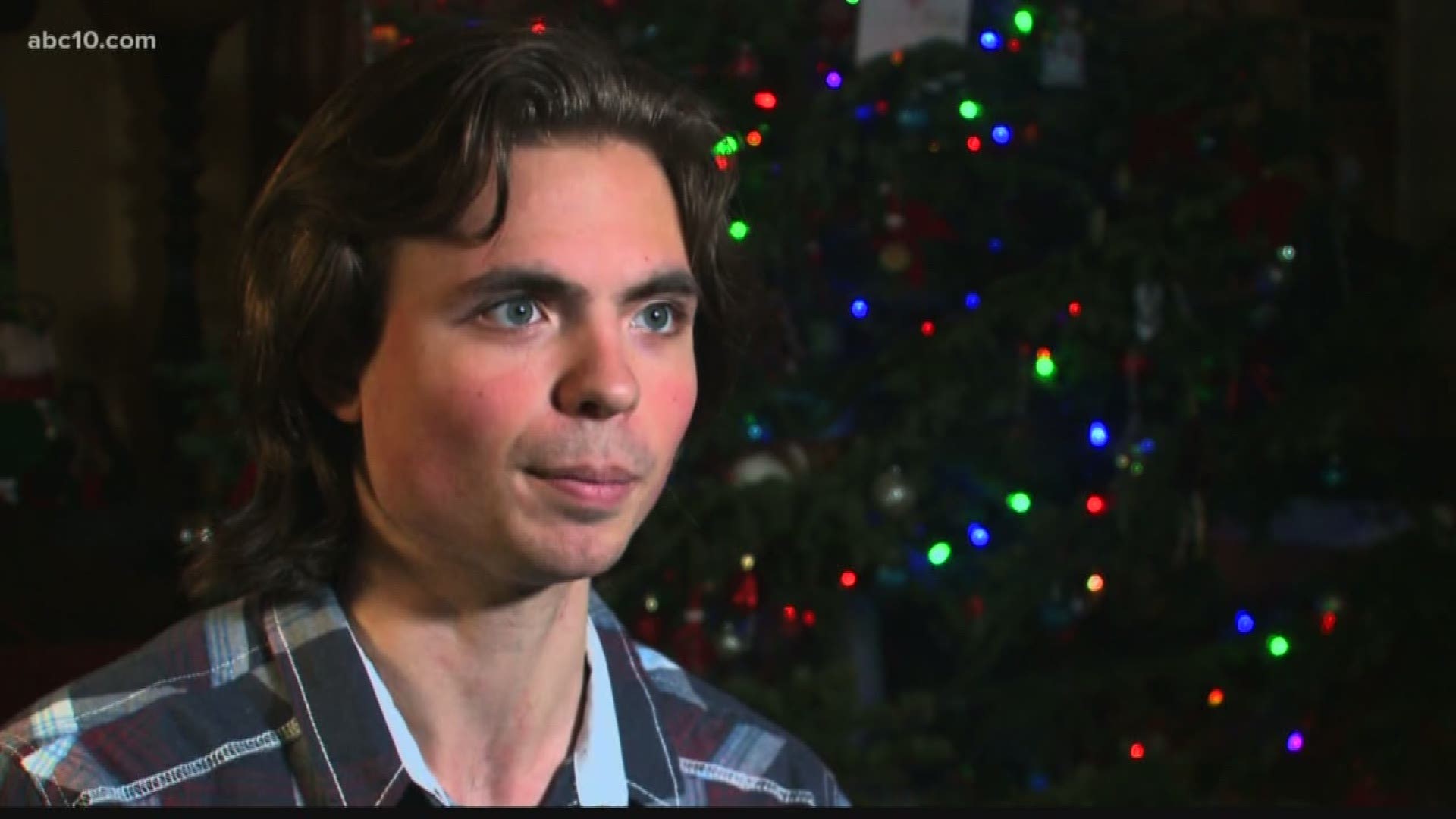 When Lincoln Christian Academy in Lincoln moved to a new building, they got more space. What the pre-school through kindergarten school is still missing is a playground.

Jimmy Thompson, a 17-year-old former student, is trying to help fix that.

"They don't have a playground because we recently relocated," Jimmy said. "On top of an online fundraiser, I've been going to arts and crafts fairs in Lincoln and places like Auburn."

But it has been his focus this holiday season and will be for the rest of his senior year, because the school is a part of his family.

"I have a very small family," said Margo Thompson, Jimmy's mother. "The school has helped me raise my children. Without them, I don't know what I would've done."

Jimmy is still very connected with the staff and teachers at Lincoln Christian Academy, where he attended until 8th grade. When Jimmy's grandmother passed away a few years ago, he was devastated. But he said his past teacher Mrs. Hingle helped him get through his grief.

His younger brother Joey is now attending the school, which is another reason why he is so dedicated to raising enough money for a playground.

Jimmy said he knows its Christmas and that money is tight for a lot of people, but he isn't giving up. Even if it means giving up some of his own dreams.

"He really wants to go to William Jessup University, but he might not be able to go there because we can't financially pay tuition," said Margo. "That was his dream school."

Still, for Jimmy, the greatest gift this Christmas is truly the gift of giving.

"I think that after all my years there, I need to give something back," said Jimmy. "They took care of me pretty much my whole life and right now they're still taking care of me."

To keep up with Jimmy's Playground fundraiser or get involved, click here.