The Great Wolf Lodge officially broke ground on their 19th indoor water park in Manteca on Thursday. It's going in just off of State Highway 120 next to the Manteca Costco and is scheduled to open in mid-2020. 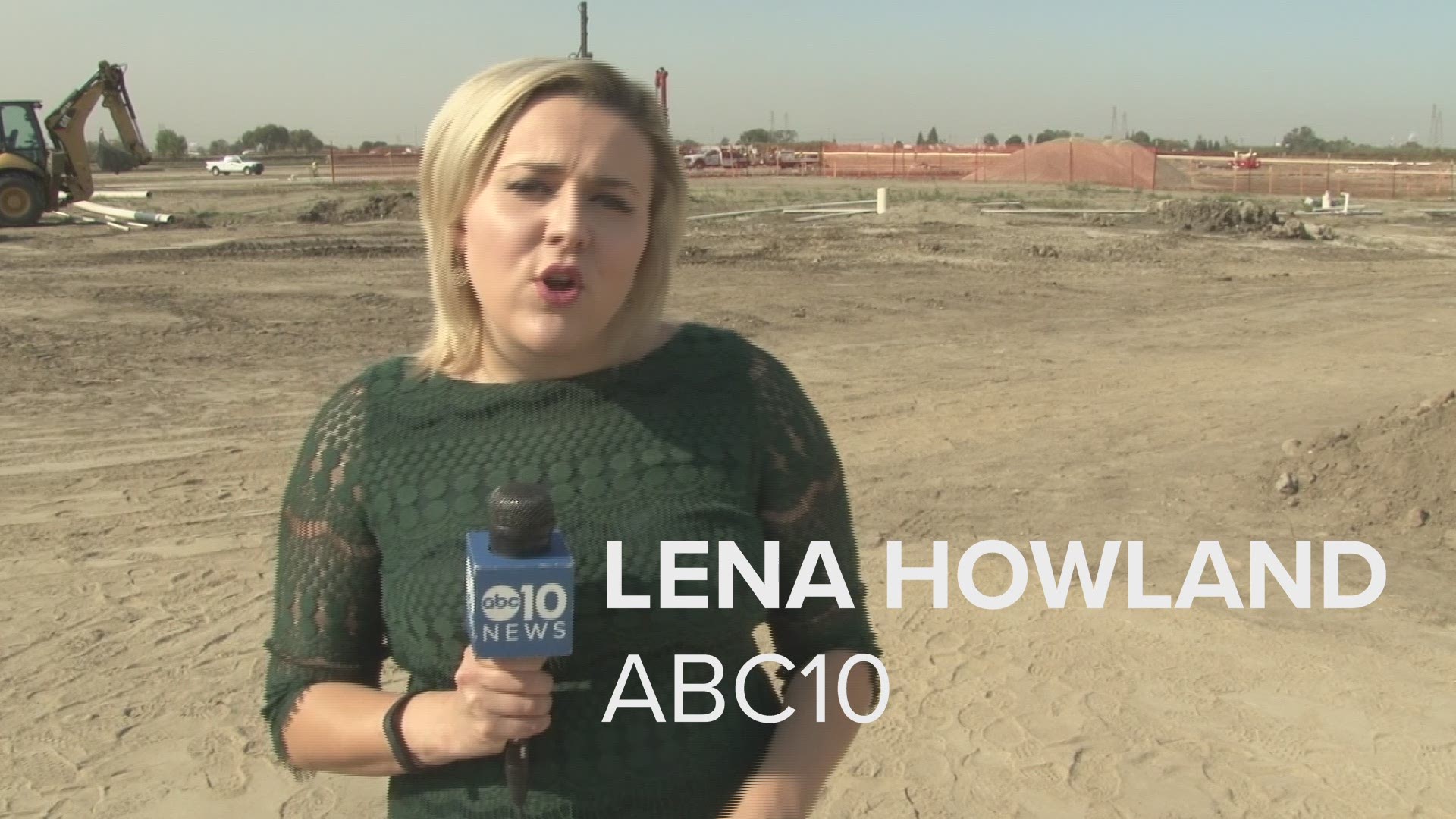 It's going in just off of State Highway 120 next to the Manteca Costco and is scheduled to open in mid-2020.

"This is a project that’s been coming along for more than 10 years," Steve DeBrum, the Mayor of Manteca said. "I’m ecstatic."

A 500-room resort and indoor water park, the 19th of its kind in the country.

"I think the thing that is so unique with Great Wolf Lodge is that it’s really about the families. It’s about not just the water park, because that’s great, but it’s all of the other programming that we do that really entices people to spend time with their families. And isn’t that what really things should be about?" Steve Jacobsen, the Vice President of Domestic Development for the resort said.

ABC10 asked how they chose Manteca.

“This basically proved to be one of the premier locations in the United States, as far as potential. What also enticed us was great visibility along the highway, your proximity along 120 here, your proximity to Sacramento and the North Bay Area," Jacobsen said.

Not to mention, the city has been without a water park since the Manteca Water Slides shut down back in 2004. Locals say that was a thing for which the city used be known.

“It really brings that essence back to Manteca, when people say 'Oh Manteca, the water slides.' Now Manteca can actually say again, 'Yeah, we have the water slides again, the Great Wolf!'” Jeff Brown, a family representative of the Manteca Water Slides said.

At the groundbreaking ceremony, the family of the old Manteca Water Slides showed up in support of this new business, saying they are excited the water slide legacy will be carried on.

“It’s bittersweet..to know we were a part of it. But now that we are here representing our family, it’s nice to be back as a part of it and to see that legacy continue," Brown said.

And he’s been in talks with Great Wolf working on what may be a bit of a tribute, explaining the history behind the water park town.

DeBrum was excited about the city’s future. This will bring upwards of 600 jobs to town and he’s hopeful it will help attract more businesses, too.

“We will continue to see monumental changes as we go forward, and be a benefit for, not only Northern California residents and afar, but for people from all over the world. It’s going to be a great, great venue for our community," he said.

Keep in mind, according to company policy, you will have to book a room in order to get into the water park.

Editor's note: When this story was published, Great Wolf Lodge did not have a day pass policy. The company has since allowed visitors to purchase day passes.