If passed, SB 793 would make California the second state to ban sales of all flavored tobacco products, following Massachusetts’ lead. 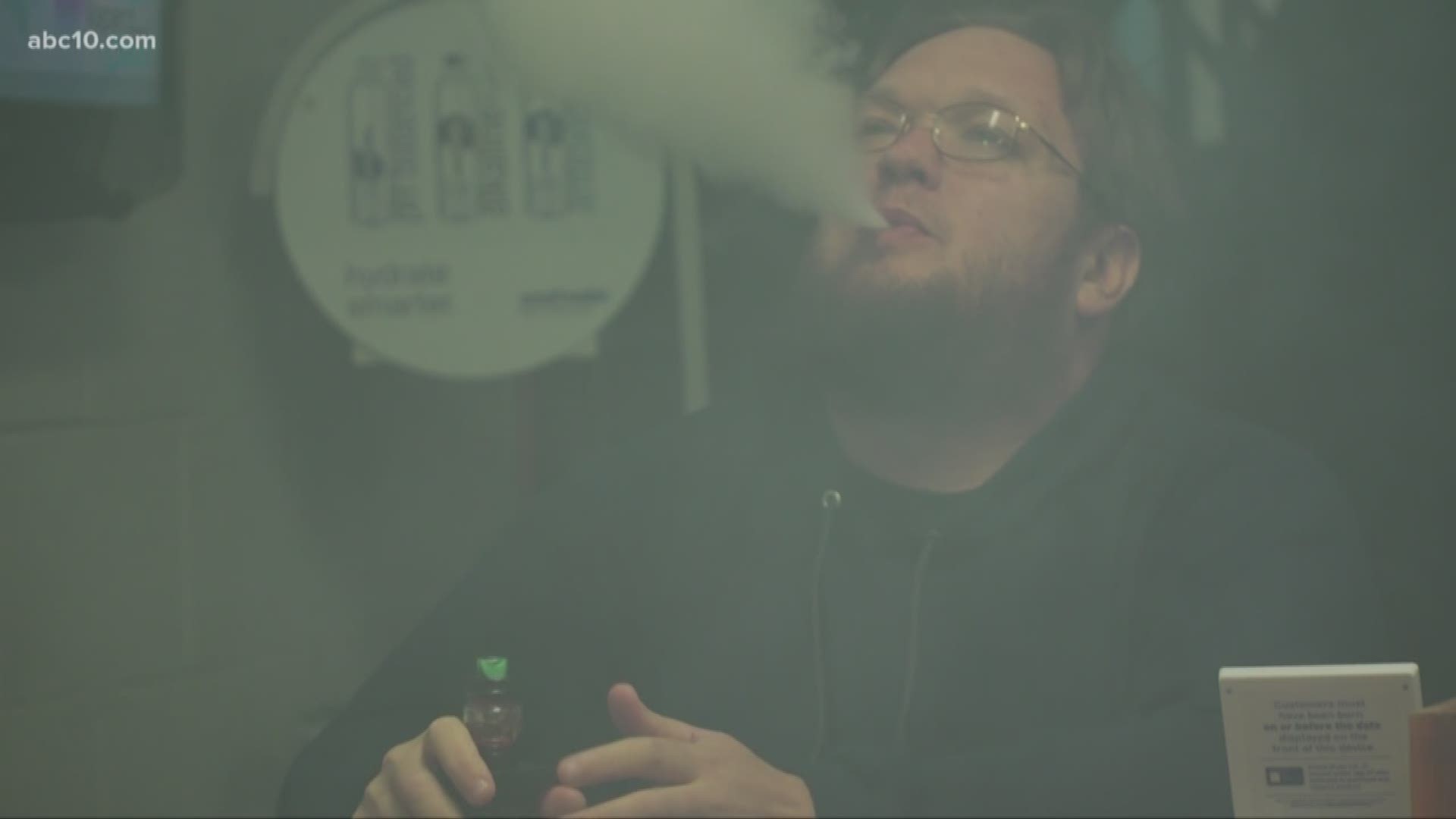 SACRAMENTO, Calif — Brian Heacox was ready to close Vape Bunker by Doomsday Gourmet, a vape shop in Sacramento County, for good in October if sales didn't pick up. Heacox said they’ve been able to keep customers despite crackdowns on vaping throughout the U.S., but they may face another obstacle.

A newly introduced California Senate Bill 793, which was introduced this week by Senator Jerry Hill (D – San Mateo), would ban flavored tobacco sales statewide, including menthol cigarettes and flavored e-cigs. Heacox said the bill would be detrimental to his business and his customers.

“It's going to crush us,” Heacox said. “We are already facing — staring down the barrel of the gun with legislation with FDA, and this seeks to destroy it statewide before that happens.”

If passed, SB 793 would make California the second state to ban sales of all flavored tobacco products, following Massachusetts’ lead. The bill mirrors a ban the City of Sacramento passed last year which went into effect last week.

The FDA recently announced a partial ban on flavored e-cigarettes, though it does not apply to menthol cigarettes. Hill's proposed bill would take it several steps further.

Backed by 30 lawmakers, the bill's goal is to stop what it says is an "alarming resurgence of nicotine consumption among youth.”

Alarming statistics from the Center for Disease Control showed overall use of tobacco products by middle and high school students climbed to 6.2 million in 2019. That's nearly seven out of every 10 students admitting they've used a flavored tobacco product.

Additionally, vaping-related illnesses and deaths linked to an additive in some e-cigarette products containing THC made major headlines last year. As of December 27, 2019, more than 2,500 hospitalizations were reported and 55 deaths have been confirmed, the CDC said.

Still, Heacox says this bill goes too far and ultimately hurts his customers, who he said are all adults looking to stop smoking cigarettes.

“This is small mom-and-pop operations helping people transition from deadly cigarettes to something that's less likely to hurt them,” Heacox said. “This seeks to remove that pathway for adults. They won't have that option to stop smoking from a safer and better option from smoking"

WATCH MORE: Why are flavored tobacco products & vaping so controversial? | Connect the Dots