Housing Valerie, one step at a time

After a tragic event leads to being homeless for 15 years, a Sacramento woman overcomes and finally finds a home. Now, she's helping others follow in her footsteps. 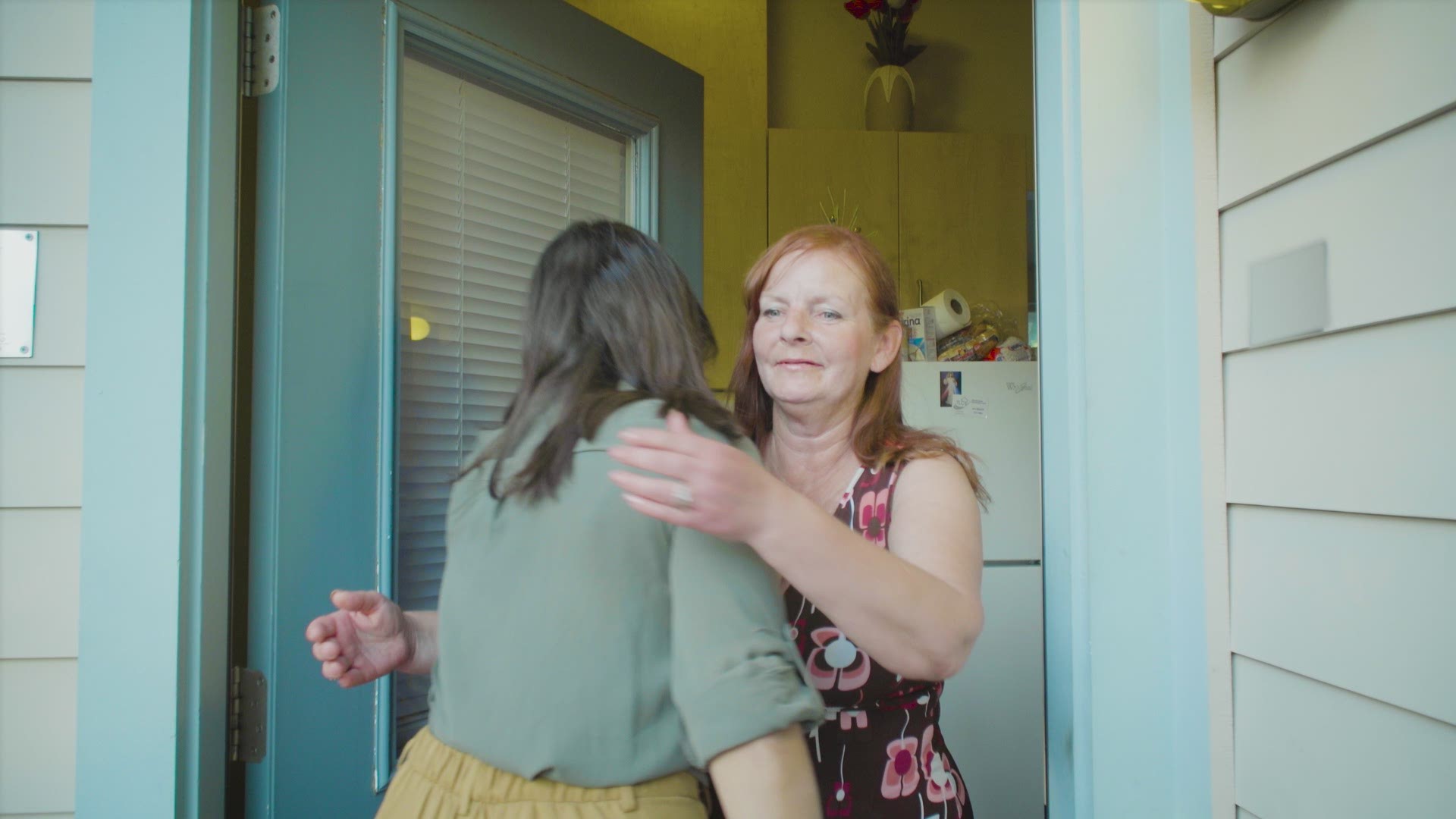 “When you get someone who’s been on the river for 15 years, and you put them in a house, they don’t know what to do,” said Valerie Price, who was homeless when we met but is now celebrating a year since getting permanent housing. “You tell them, 'Well, here’s a kitchen.' What do I do with it? At first I would get overwhelmed.”

ABC10 met Valerie Price and her two dogs, Ojos and Lily, last summer when she was sleeping in a tent along the American River Parkway. During the winter rains, when the river flooded the park, she lost friends and said she considers it a miracle that she and her dogs all survived. But the river community was a safer place for her than downtown, where she was once abducted and raped.

The trauma, she said, drove her to alcoholism when finding work, or getting a home became overwhelming. Even more complicated was finding a home for the whole family, including Valerie and her two pit bulls.

“I couldn't find a place that would house my dogs.”

Finally, after having lived unsheltered for 15 years, Valerie has spent the past year living with Lily and Ojos in a safe home.

“Without the staff here at Quinn Cottages, without Nate, my navigator at Sacramento Steps Forward, I wouldn’t be here. He’s the one who got the ball rolling.”

Sacramento Steps Forward manages Sacramento County’s Continuum of Care, a U.S. Department of Housing and Urban Development (HUD) program, which grants the non-profit over $20 million to work towards ending homelessness. According to their 2017 annual report, Steps Forward serviced 15,332 people, of whom 7,370 were newly-homeless.

Ben Avey, a spokesperson for the organization, told ABC 10 most of the funding goes towards housing, but the navigation process is crucial to make that transition permanent.

“Sometimes it’s as simple as going with (the person) to the DMV, applying for SSI,” Avey said.

“I think it’s important that we do housing first,” said Dr. Peter Beilenson, Director of the Sacramento County Department of Health Services, “the underlying reason for homelessness is lack of affordable housing. Once people are housed, they are much more amenable to appropriate mental health and substance abuse services. It’s generally 80 to 90 percent effective at keeping people off the streets in the future and having them become productive citizens”

Besides an impeccable home, Valerie got health services from Elica Health Centers, Harm Reduction Services, and graduated from a job readiness program at Women’s Empowerment, which she said, “helps with your self-esteem, they help you getting your record expunged, so many resources.”

Once safe, housed, and healthier, Valerie said she feels committed to pay it forward.

“I‘ve helped a couple of people out there to the point that they’re inside now. I try to help them as much as I can, because somebody did it for me. And if I can make an impact in my community, which I do, it makes me feel better at night,” Valerie said.