A team effort by Sacramento community members and the cannabis dispensary Perfect Union, brought sanitation stations to the homeless amid the coronavirus pandemic. 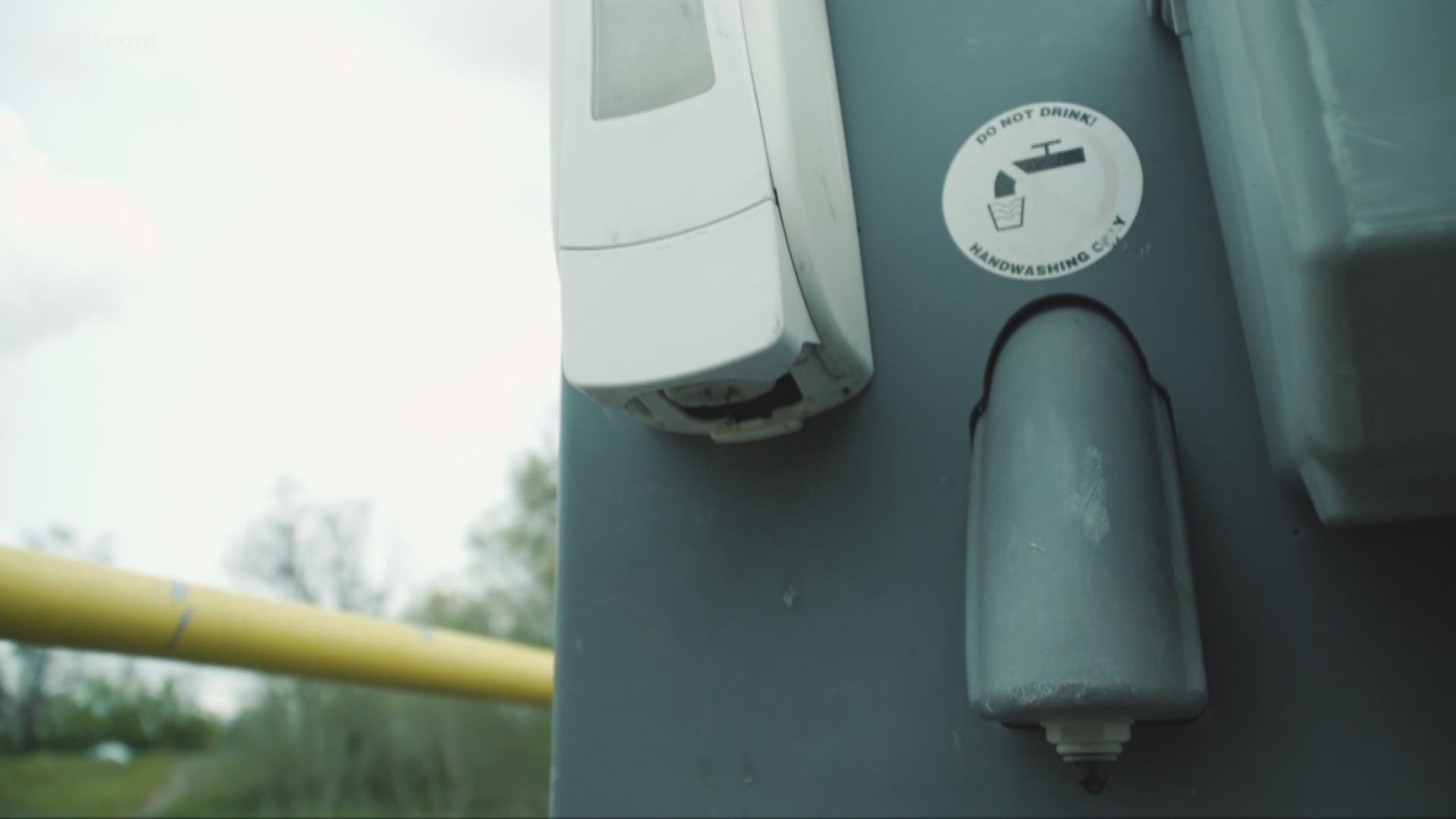 SACRAMENTO, Calif. — We all know the coronavirus is contagious. But what's also contagious is the fear that surrounds it. That fear is growing within one of the most vulnerable communities: the homeless.

"A whole lot of people are starting to get afraid," said Donald Miller, who lives on the streets. "It's kind of freaking me out."

With hand sanitizer holstered to her belt buckle, Leota Canady decided to visit her friends who still live out in the elements to see how they're handling the pandemic. Canady is formerly homeless and now resides in low-income housing.

"Somebody had a cold the other day, and everybody was like, 'Oh, you've got the coronavirus. Stay away from me,'" Canady recalled. "It's hurtful."

While the Center for Disease Control is recommending the limit groups of 10 or less, many of the homeless rely on living within extremely close proximity in order to survive.

Gina Fleming is part of a 12-person homeless camp. She says each member is part of her self-made family and they rely heavily on each other.

Bingo Jackson is the "camp lead" for a group of homeless near the American River, meaning he helps with anything and everything those in his camp need. But as the coronavirus pandemic grows of more concern, Jackson has had a difficult time with keeping those outside his tent.

"[In a little tent], we can't kick them out because they need the warmth, too,"  Jackson said. "The closer we are, the warmer we are."

That's why it's so important for those on the streets to stay clean and sanitized, but that's not something that's easy.

The lack of sanitary resources was alarming to homeless advocate Caity Maple. Along with being involved within the homeless community, Maple is the Vice President of Government Affairs and Compliance with Perfect Union, a cannabis distribution company.

Maple decided to take the responsibility of helping the homeless into her own hands. She launched a GoFundMe campaign and raised over $3,000 in just a few days.

According to Maple, the $3,000 was half of what they needed in order to secure the sanitation stations. Her employer, Perfect Union, provided the other half of money.

Maple said the $3,000 raised was special because it came in small increments from a variety of donors. She felt that the small donations conveyed a sense of locals rallying together to help the homeless.

RELATED: Homeless community one of most vulnerable to coronavirus | How are officials protecting them?

It's one of the first actions taken to help prevent the spread of coronavirus among the homeless and it was funded by community members.

"It's really like a Godsend," said Trevaun Turney, who is homeless. "Sometimes people go without washing their hands for four or five days."

Maple worked with Crystal Sanchez, President of the Sacramento Chapter of the National Union of Homelessness, to place the stations in groups of five in six highly homeless populated areas.

In total, 30 stations have been distributed around Sacramento. Here's a map of where you can find the stations.

The stations will be in place for four weeks, however, Sacramento city officials have said that if they're needed for longer they will provide funds to keep them running past the four-week mark.