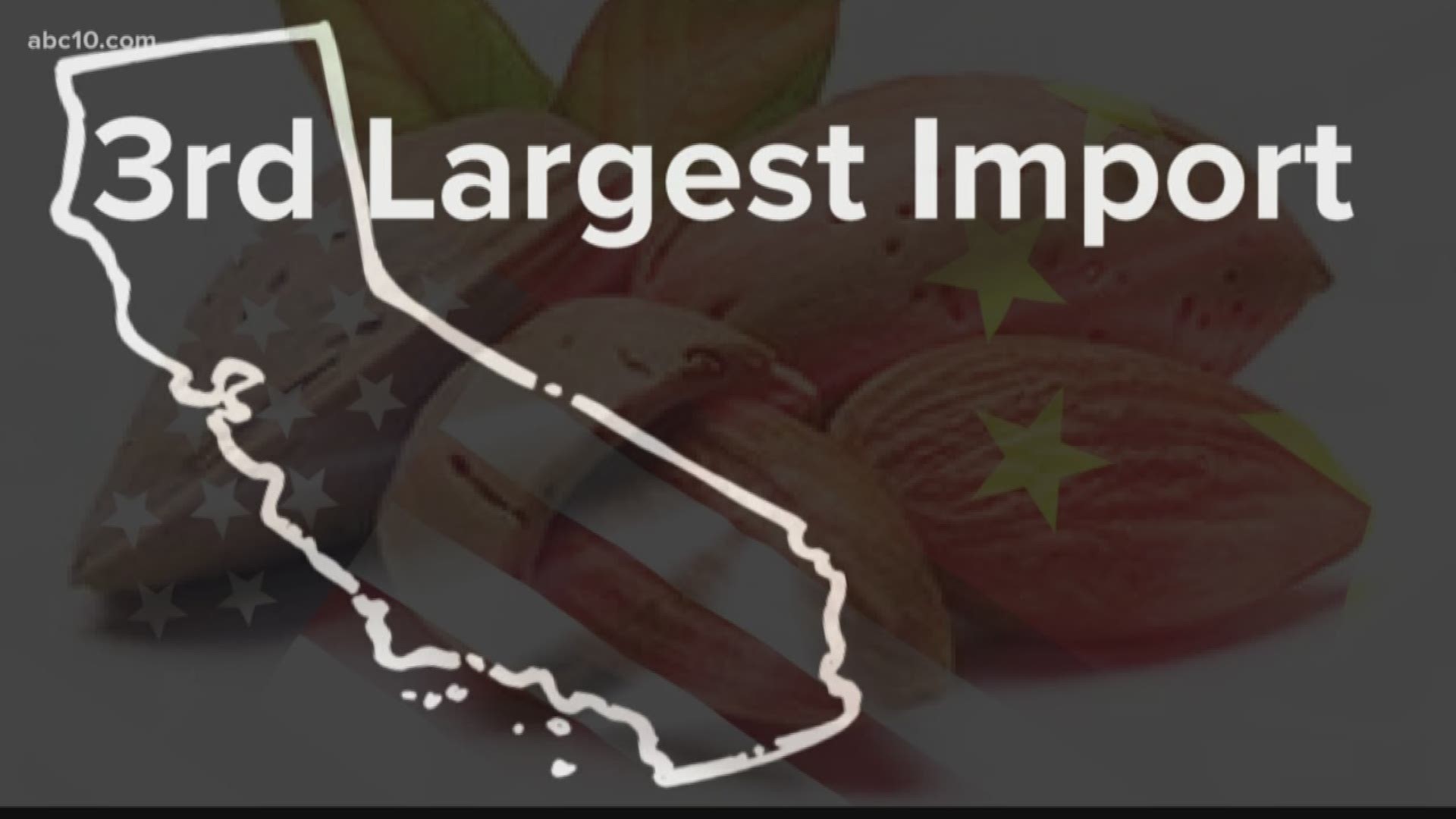 As the U.S. trade war escalates, many California farmers are bracing for a hit.

In response to the Trump administration's tariffs on China, the Asian nation announced retaliation tariffs on billions of dollars of U.S. goods, including many of California's most prominent crops: Almonds, pistachios, walnuts, beef, dairy and wine, to name a few.

While the full impact of these tariffs is not yet known, according to UC Davis Agricultural Economics Professor Daniel Sumner, they do have the potential to hurt local farmers.

"All the way down, it ripples through the economy," Sumner added.

While California tree nuts are a major China export (China is the third largest importer of the state's almonds), Sumner explained that California wines have recently been on the rise. These tariffs, however, will be a setback.

"You just spent five years convincing Shanghai to buy California wine, and now they say, 'Come back to us later,'" he said.

So, will these tariffs impact the price of these products in the States? Sumner says most likely no and that, if anything, the prices will go down because there's less demand for the product. But, he warned, there will likely be a ripple effect regardless.

"The economy as a whole can’t win from this," he said. "The U.S. economy can't win from a trade war."