Jacob Cartwright, 22, was driving a truckload of potato chips from Portland to the eastern Oregon town of Nyssa when a GPS mixup sent him onto a Forest Service road. 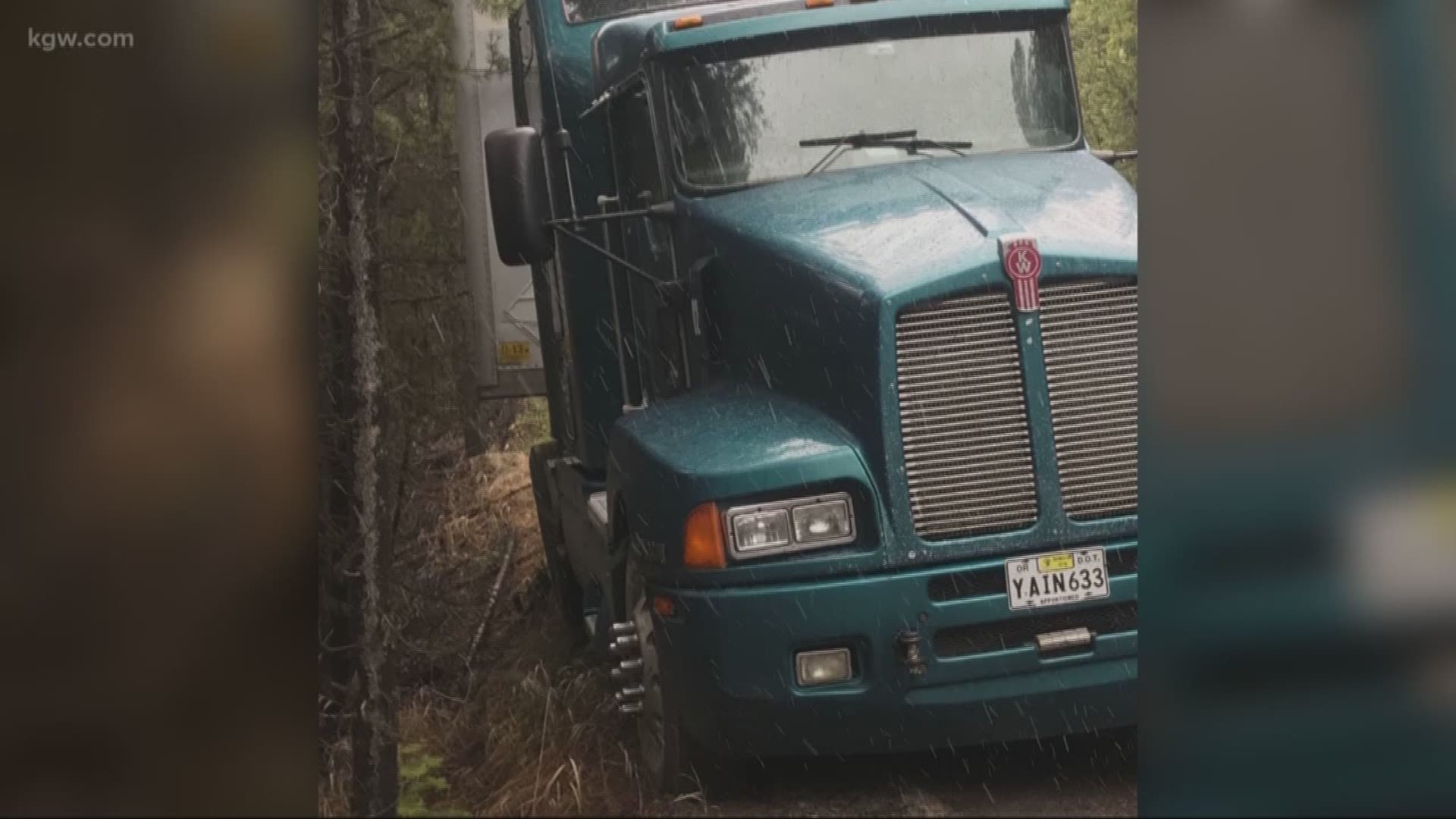 LA GRANDE, Ore. — An Oregon trucker who went missing for four days with a load of potato chips never once touched his cargo, despite having no food and eating snow for water.

Jacob Cartwright, 22, said he left the chips behind and started walking.

"I'm not going to touch someone else's product," he told KGW. "To me, that's stealing."

Cartwright was driving a truckload of potato chips from Portland to Eastern Oregon town of Nyssa. His tractor-trailer got stuck after he took the wrong turn in an area with limited cellphone coverage, said his boss, Roy Henry of Little Trees Transportation.

Reading this on the KGW app? Tap to launch gallery

1 / 11
Rollins, Michael
Jacob Cartwright, 22, was driving a truckload of potato chips from Portland to Eastern Oregon town of Nyssa when a GPS mixup sent him onto a Forest Service road. (KGW)

His troubles started when he put the wrong address in his GPS at the start of his trip, Henry said. It told him to turn south off Interstate 84 near the town of Pendleton.

Cartwright eventually realized he was on the wrong road and put in the correct address. The GPS then directed him to take a U.S. Forest Service road that started out paved, but eventually became impassable, Henry said.

Just after midnight Wednesday, he started walking away from the direction he had come from without any food and just a few bottles of water, that he quickly drank. His trek included wading through snow. He covered himself with pine needles at night to try and stay warm.

"I was just eating snow at the end of the day, just trying to stay hydrated," Cartwright said. "I didn’t have food, and the only animals I saw were mice, that was it. I had no way of starting a fire, everything was so soaking wet nothing would spark."

He said he was so cold he was shaking and could not feel his hands or feet. Thoughts of his family kept him going.

"I'm going to to home to my kids one way or another," he said. "Hell or high water."

He didn't stop until Saturday morning when he neared La Grande, where he lives, his boss Henry said. From there, the trucker got a ride from a passing motorist to his home.

Cartwright's wife returned home from meeting with local officials about the search for her husband, only to find him in their house. He had swapped his cowboy boots for flip-flops.

"She grabbed me and hugged me," Cartwright said. "She told me she thought I was dead, I told her, 'You ain't getting rid of me that easily!'"

Cartwright told his wife he "was hurting real bad and was real cold," Henry said. "So she packed him up and took him to the hospital."

"He looks to be pretty good," said Danita Thamert. "He's a big boy. He kept moving and stayed warm enough. So it doesn't look like he's going to have too many injuries."

"I look at it as: What don't kill you makes you stronger," Cartwright said Sunday evening from his hospital bed.