The party can't come to agreement on how to cut costs for patients while keeping profits up. 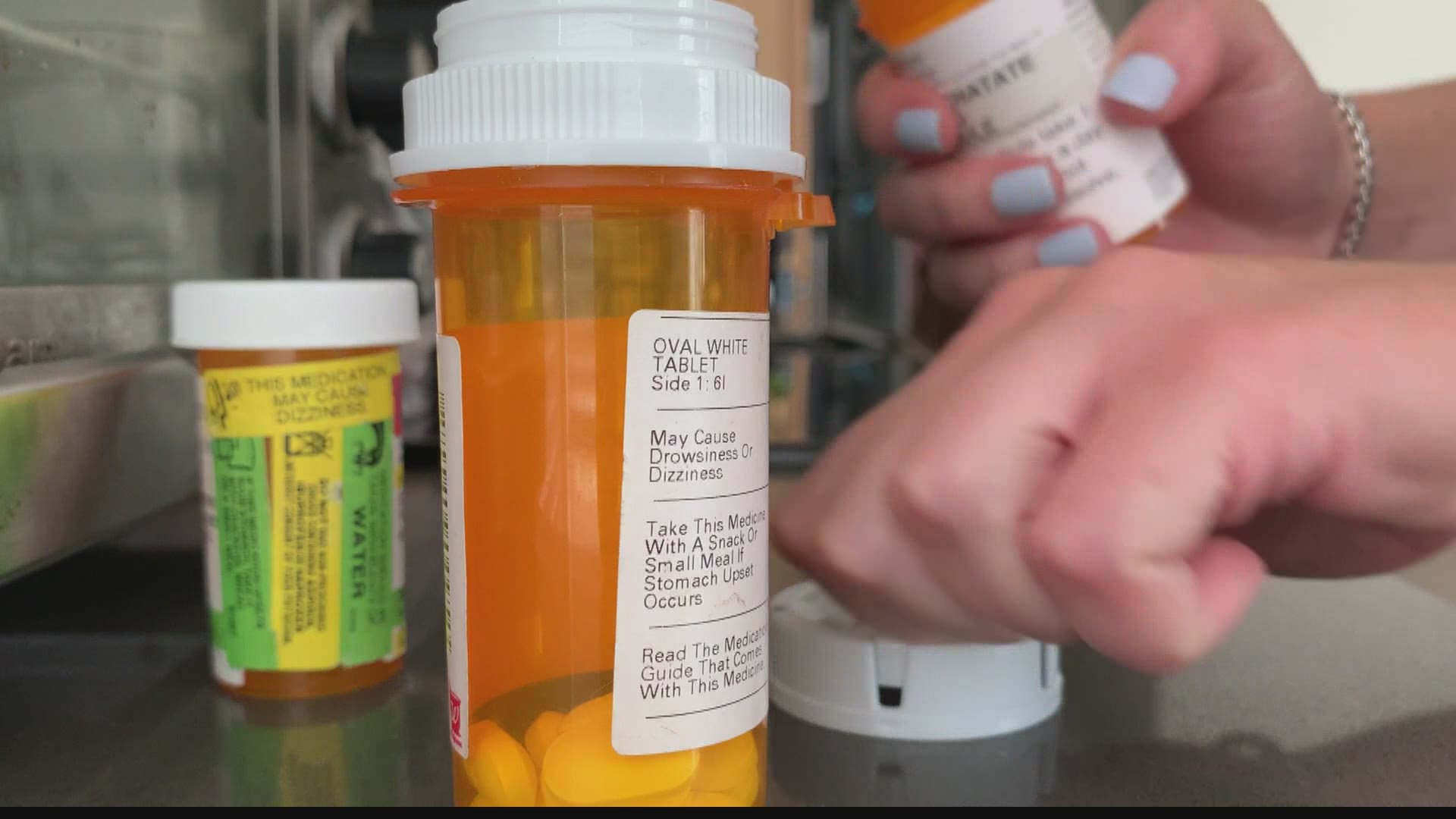 WASHINGTON — Democrats are committed to passing legislation this year to curb prescription drug prices, but they're still disagreeing on how to cut costs for patients and taxpayers while preserving profits that lure investors to back potentially promising treatments.

It boils down to finding a balance: How big a stick should Medicare have to negotiate prices with pharmaceutical companies?

With hundreds of billions of dollars in potential savings, the stakes are enormous. Medicare spends upward of $200 billion a year on prescription drugs, a category that keeps growing as costly new drugs enter the market. An Alzheimer’s medication approved this past week comes with a price of $56,000 a year, for example, and co-payments could skyrocket for patients who use it.

In the House, Speaker Nancy Pelosi, D-Calif., is steering legislation that imposes a steep tax on drugmakers that refuse to deal with Medicare, while using an average of prices in other economically advanced countries as a reference point for fair rates here. Her bill would limit price increases and allow private health plans to receive Medicare's negotiated rates.

In the Senate, Finance Committee Chairman Ron Wyden, D-Ore, is also working to craft legislation. His starting point is a less ambitious bipartisan bill from a previous Congress. It would have limited price increases for drugs already on the market, but not initial prices. It would have capped Medicare recipients' out-of-pocket costs for pharmacy drugs, which is in the Pelosi bill.

Wyden said he personally is convinced that “it’s long past time to give Medicare the authority to negotiate better prices for prescription drugs.” But cajoling enough votes in the Senate is another matter. It's unclear whether Wyden can even count on all the Democrats in the divided chamber or whether any Republicans would sign on.

Progressives such as Sen. Bernie Sanders, I-Vt., want to use Medicare's savings to create new benefits for dental, vision and hearing coverage. That would represent an historic expansion of a program that's under a lengthening financial shadow, its giant inpatient trust fund projected to be in the red in 2026.

Democrats are talking privately among themselves and organizing coalitions around different approaches. In public, they still sound like they can overcome their differences.

“Democrats are going to pass Medicare prescription drug reform and I’m going to be part of it,” Rep. Jake Auchincloss, D-Mass., told The Associated Press. The first-term lawmaker has raised concerns that Pelosi’s approach is not a negotiation but a price control system. His voice matters because Auchincloss is helping lead a group of like-minded Democrats, and Pelosi can’t afford to lose many votes.

Stephen Ubl, CEO of the Pharmaceutical Research and Manufacturers of America, said the industry wants to see lower out-of-pocket costs for patients, and believes that insurers and companies that manage prescription benefits must be scrutinized as well.

“We would like to see a balanced drug pricing bill emerge from the Congress this year," Ubl told AP in a recent interview. He later added that “our industry understands that there is going to be some pain involved in the process.”

But so far the industry has given no indication that it's willing to accept Medicare negotiations or significant curbs to its pricing power.

Health economist Len Nichols, who has advised Democrats in health care policy debates, said there is a logic behind the basic elements of Pelosi's approach.

“You've got to have that reference price that is somewhat objective as a basis for negotiation, and then you have to have a way to compel the drug companies to come to the table," he said. “It's directionally correct.”

That said, getting the balance right would be critical.

“We've just experienced an amazing example of incredibly effective innovation,” Nichols said, referring to COVID-19 vaccines that have pushed back a deadly pandemic in this country. “Innovation is important, and the structure of any bargaining arrangement has to balance the need for affordability with the need to incentivize innovation.”

The industry's success with COVID-19 vaccines comes with a big asterisk: Taxpayers have invested about $20 billion in research and development, manufacturing, and supply of vaccine candidates. That's according to estimates by the nonpartisan Committee for a Responsible Federal Budget, which advocates for reducing federal deficits. Still, the money went to companies that knew what they were doing and they delivered.

Joshua Gordon, director of health policy for the budget group, said there is a clear trade-off between restraining drug prices and reducing incentives for innovation. But that doesn't mean a better balance can't be found.

“Obviously the government creates a market for drugs through patents and (Food and Drug Administration) exclusivity, and there are clearly areas where the companies are taking advantage,” he said.

Lawmakers aren't necessarily tied to the approaches now on the table, Gordon added. They could follow of the example of Germany, where drugmakers set the initial price of a medication, but then a review process determines if it's worth to keep paying that.

One of Pelosi's top lieutenants said recently that he is open to discussing different approaches, but they have to include negotiating authority for Medicare.

“We can't veer away from the basic idea that the government ... should have the right to negotiate prices,” Rep. Frank Pallone, D-N.J., said on a call sponsored by the advocacy group Protect Our Care. “I believe that the Democrats as a whole and some of the Republicans in the Senate will vote for that.”