The number of high school sports participants is juxtaposed with a low number of officials for those sports, not only within the state but nationwide. 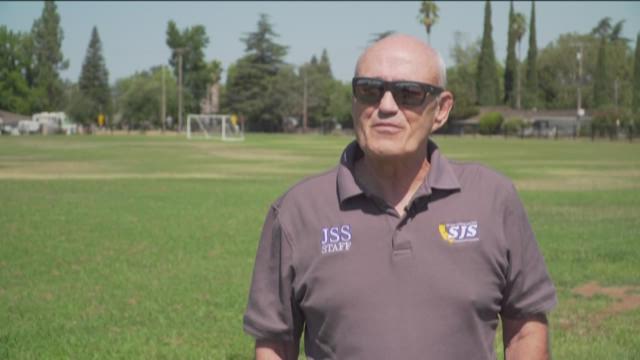 The California Interscholastic Federation (CIF) announced Tuesday that high school sports participation in California is at an all-time high. Its been steadily increasing over the last five years, but 2017 has a record number of 785,357 student athletes participating in education-based sports.

The Sac-Joaquin Section of the CIF represents nearly 200 high schools in Northern California. Michael Garrison has been the commissioner of the section since 2014 and attributes the decline in officials to a number of different things.

According to the 2017-2018 Constitution found on the Sac-Joaquin Section's website, high school officials can make anywhere from $36-$110 per game depending on the sport and the event.

"When we saw the downturn in the economy," said Garrison. "Our sports associations had large numbers of people in their pools."

The Sac-Joaquin Section contracts two sports groups, Jorgensen Sports Service and MMSS Inc., to assign all its officials through the Northern California Officials Association North and South. Monty Muller is a co-partner with Jorgensen Sports Service which has been assigning officials for the Sac-Joaquin Section for 20 years. He says the record wet winter in the region forced several games to be rained out and some ultimately canceled due to lack of official personnel.

"When you have 30 or 40 games rained out everybody wants to make up that game and it's pretty tough to find enough officials," said Muller.

Both Muller and Garrison cited heckling and harassment by spectators as another reason individuals might not be interested in officiating high school sports.

"Referees get threats and get followed to their car on occasion," said Muller. "So some folks just really don't want to deal with that."

Also, Garrison says today's increased use of social media sheds a light on altercations between fans and officials.

"The berating of officials... I just don't think people want to put themselves out there as much," Garrison explains. "It's like, why would I want to go out there and listen to people screaming and yelling at me when I make a bad call or they think I made a bad call?"

Muller, who primarily officiates wrestling, says becoming an official is a good way for former athletes to give back to the sport. Individuals can also volunteer their time during what's called Foundation Games and have the money they would make go back to the Sac-Joaquin section as a contribution to scholarships and an end of the year scholar-athlete banquet.

"Some folks may be reticent to come out and give it a try because they just think we're going to throw them on the mat or on the field and we don't do that," Muller continued. "We have an extensive training program."

Muller says the NCOA requires 18 hours of in-the-field training and pairs new officials with mentors to work with and receive evaluation from. With many longtime officials becoming older and struggling to physically keep up with the pace of various sports, associations like NCOA are in need of young officials to step up.