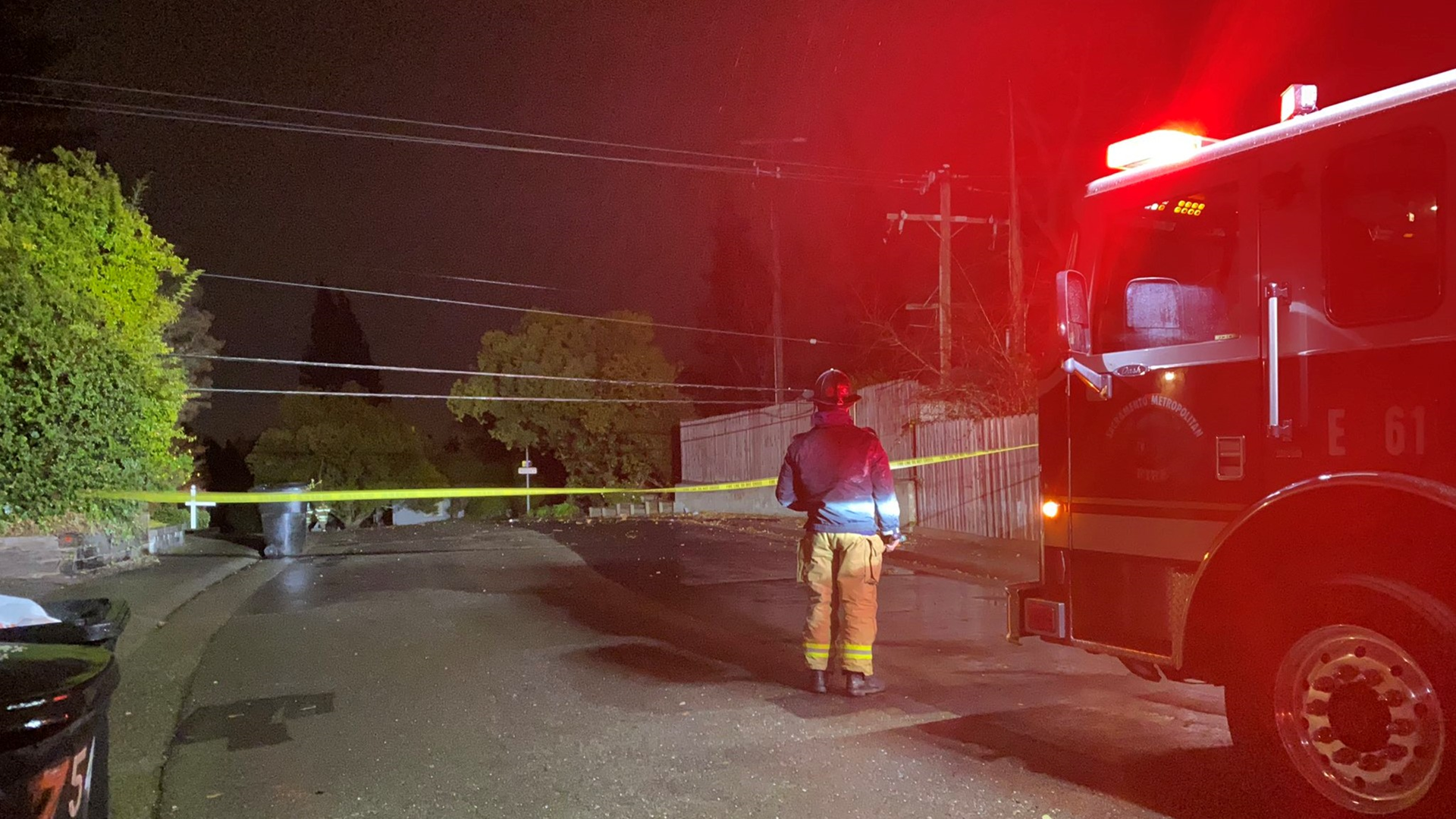 Powerful wind gusts have decimated trees not just in the Sacramento area but all across Northern California.

Reports and photos of felled trees from Stockton, Davis, Yuba City, and even up in Butte County have put on display the scope of the major winter storm pulverizing California.

In Sacramento, reports of downed trees and powerlines have also poured in. ABC10's Van Tieu has documented a lot of the storm damage on her Twitter page.

Several firefighters were called out to battle a house fire in the 1700 block of N. Frienza Avenue, a neighborhood just off Business 80. According to officials, the large response was to protect the fire from spreading to adjacent homes.

No word on if anyone was inside the home at the time. It is unclear if the cause of the fire was related to the storm.

Sacramento firefighters responding to calls all over the city

Firefighters in Sacramento are responding to calls all over the city related to the chaos caused by the storm.

ABC10's Van Tieu found one such area with downed power lines near Kreth Road in Fair Oaks. A fire spokesperson said that blown transformers are their chief concern.

Firefighters at the scene said they were concerned the large tree will come down and start more fires through the course of the night.

Metro fire monitoring sparking power lines as it awaits utility company on Pasadena and Hamilton in N. Highlands. FF on scene tells me he’s concerned the large tree will come down and start more fires through course of the night. @ABC10 pic.twitter.com/ezmlqRIjvJ

Officials offered some safety tips and helpful links to residents who have been impacted by the storm.

With expected severe weather through tomorrow, #MetroFire units are currently responding to several vehicle accidents, wires down, trees downs, and power outages. Safety tips and helpful links can be found on our website https://t.co/VaOVw5mRNA. pic.twitter.com/uh2aSPQWmS

Lack of power has caused SacRT to install a “bus bridge” on its Gold Line light rail train.

That bus bridge was initially set up to run between Sunrise and Historic Folsom Stations. It was later extended to Power Inn Station due to additional power outages.

Bus bridge now in place between Historic Folsom and Power Inn Stations in both directions.

As a major winter storm blasts through Northern California, chaos is following in its wake.

Tens of thousands of people are without power across the area according to SMUD and PG&E.

A multi-vehicle crash on Highway 50 east of Watt Avenue in Sacramento left at least seven people injured, according to Sac Metro Fire. Chain controls are in effect on I-80 in the Sierra.

We could have prevented this from happening if the City would help property owners maintained street trees! This was a dead Walnut tree on Harding, it’s been dead for several years!

One tree down already in our #DavisCA backyard... and the night is still young... pic.twitter.com/IOIf6XZYQW

Dangerous weather is bearing down on California Tuesday night and overnight with heavy rain and snow plus wind gusts to 60+ mph. Power outages are possible.

A flash flood watch is in effect for the LNU and SCU Complex Fires areas due to the potential of mudslides and debris flows.

Impacts from this huge storm include major travel delays through Friday, local flooding of streets and creeks for lower elevations, near-whiteout conditions for the mountains with near-impossible travel, ash flows over burn scars including the LNU Complex and SCU Complex, downed trees, and possible power lines down due to strong winds through noon on Wednesday. 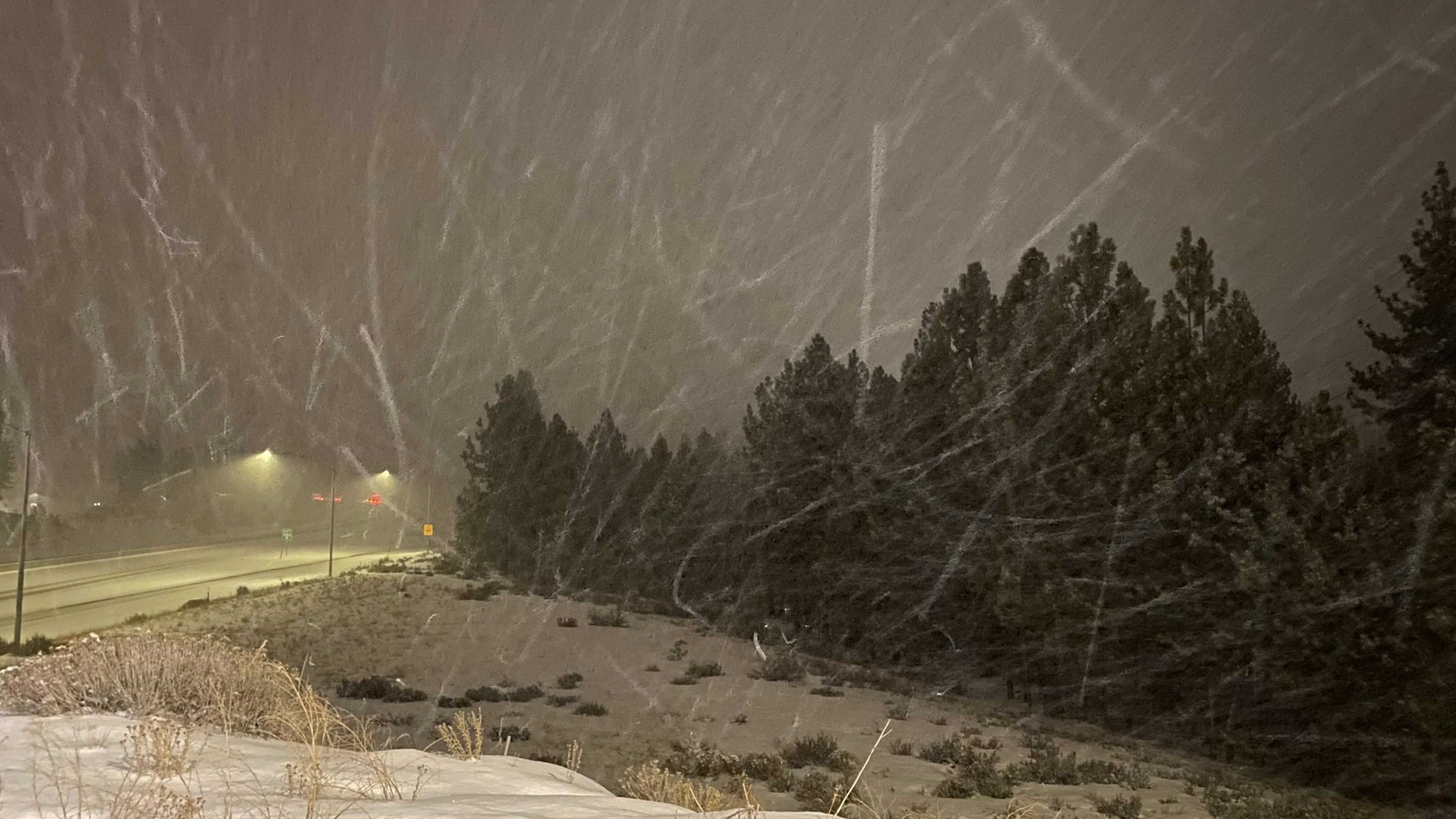