We all want water storage, here is an innovative pitch that's succeeding

We all want water storage, here is an innovative pitch that's succeeding. Pump less, so groundwater take take it's natural course. This is tough to do since we depending on pumping it, but there is a way. 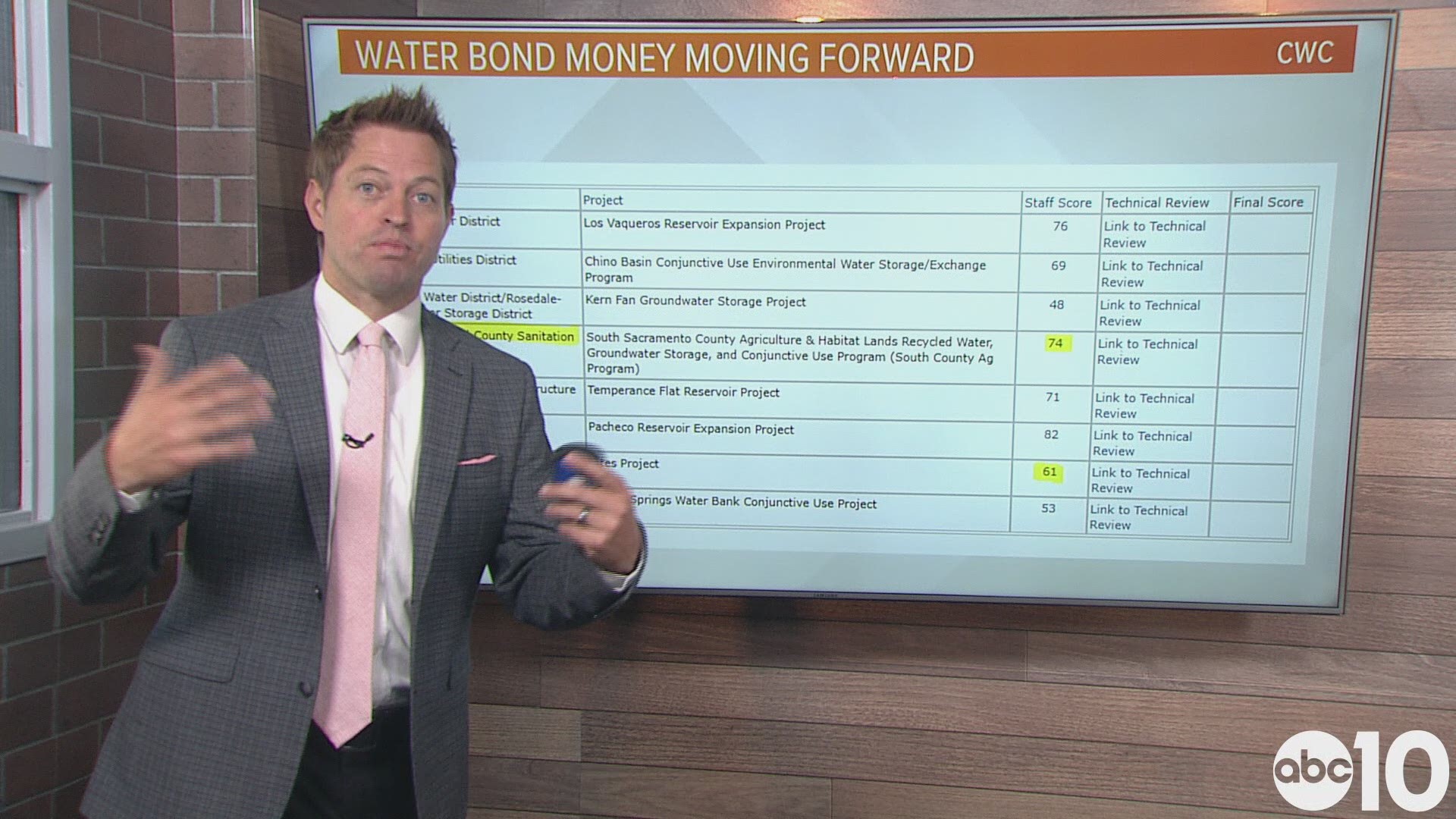 In the heart of the drought, reservoirs were getting sucked dry and the immediate concern was that we would not have enough water for everybody.

These were stressful, dramatic days and in 2014, California residents voted to spend billions of dollars to fend off the next drought. The Prop 1 Water Bond was passed by 66 percent of voters and the long road to build water storage, and conservation, were underway.

We are now in the final stages of a decision by the California Water Commission to decide how the $2.7 billion set aside specifically for water storage will be spent. It's a massive decision that will change the California water budget and landscape for decades.

Traditional dams and reservoirs are on the final list of eight projects, and doing well in scoring, but one project seems more innovative than most.

The Sacramento Regional County Sanitation District located between Sacramento and Elk Grove is a massive facility that treats the wastewater for 1.4 million people in the area. They are currently upgrading the facility to treat wastewater to a higher standard. Their goal is to secure funding to treat some of that at a level where it can be used for agriculture.

There are about 16,000 acres of agriculture land in the area that could benefit from this water, and here is the key, groundwater pumping, which currently exists, would drastically be reduced.

In other words, they will find a use for wastewater that benefits the local area and the groundwater will have a chance to rise in the coming decades. The shocking part of this proposal is that the land south of Elk Grove between I-5 and Highway 99 has the capacity, underground, to store 400,000 acre feet, or close to half the size of Folsom Lake, underground.

The water table would naturally come up and the Cosumnes River Preserve and other areas would see more year-round water, more vernal pools for waterfowl, the list goes on. This water could be available as a future source of water and groundwater replenishment is a hot topic in the water world since many areas overdraw the finite resource.

This pitch has impressed the water council, and currently, it ranks in the top 5 for proposals with current scoring. The final scores and revisions will not be completed until July, but one of the biggest water storage projects in decades could be coming to the local area, right under your feet.