Fall is here! And that means it’s time to enjoy pumpkin everything! 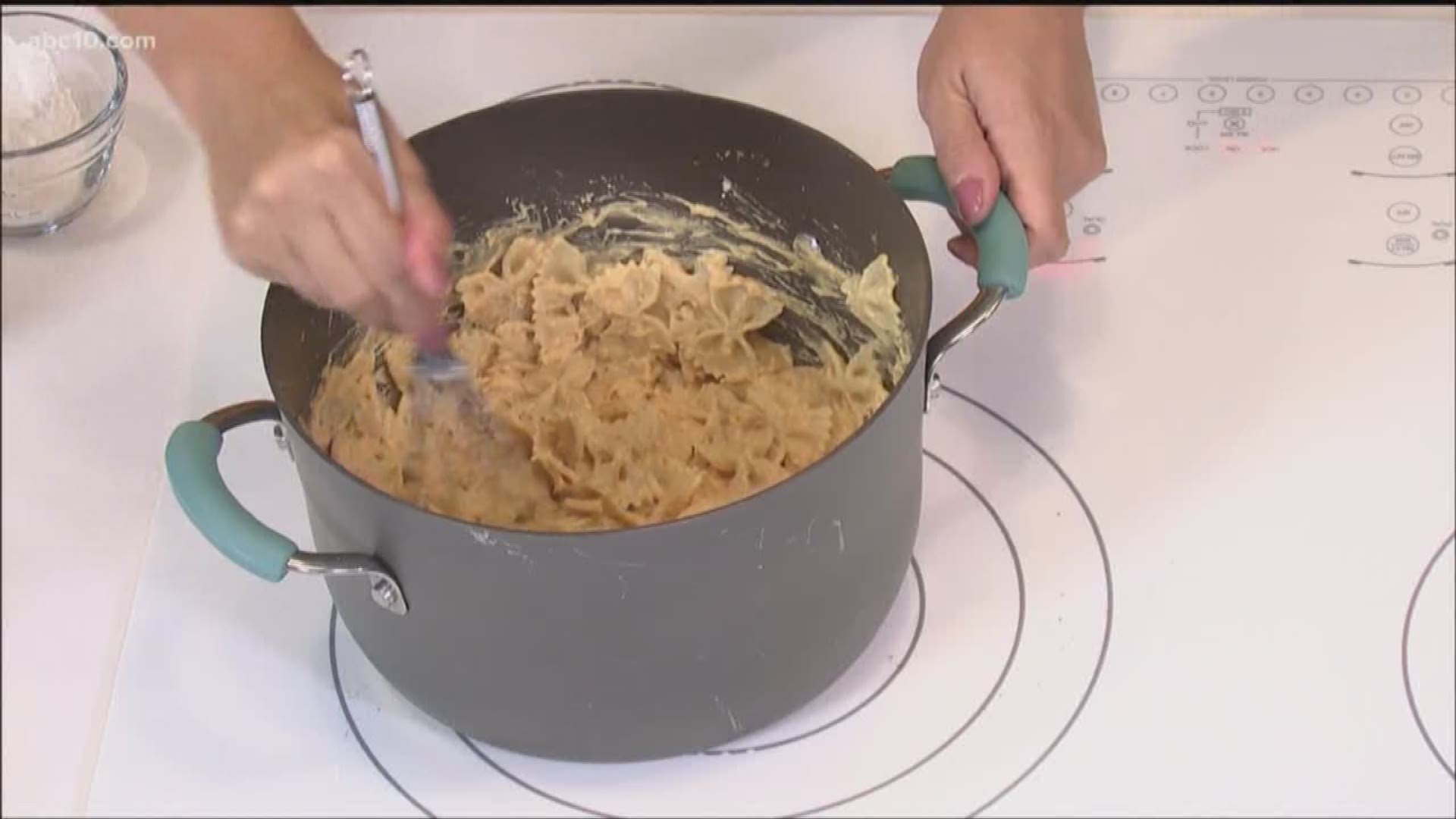 SACRAMENTO, Calif. — Pumpkin eats aren’t just limited to pumpkin seeds, pumpkin spice lattes, and pumpkin pies.  Pumpkin puree is now fully stocked in grocery stores and can be used in a whole lot of dishes… including your pasta alfredo.

Through college I worked in several restaurants to pay for tuition and books. As a result, I picked up some things about cooking from our amazing executive chefs. They taught me that the trick to cooking something you love is to experiment with different spices and flavorings.

For example, I learned that with a roux the cooking process starts the same. You take components like butter, flour, and milk and begin to build your sauce.  The possibilities are endless if you add to the initial stages of cooking.

The same goes with Alfredo and any other cheese sauce you would like to try.  So we tried pumpkin!

Once you figure out what kind of pasta and topping you want, you can decide how thick you want your sauce.  If you’re working with a bowtie or penne pasta, thicker sauces are good. For tortellinis or raviolis which are filled with cheese already, you may opt for a lighter or thinner sauce.

For our recipe we went with bow tie pasta, so we used heavy whipping cream. You can also use half and half for an in between kind of sauce.

Note: You can also add chicken or your favorite vegetarian options like red bell pepper or mushrooms to add protein and change up the flavor.