Why Guy: Why does the California government claim surplus with a deficit?

"It's the difference between what your checkbook looks like and you balancing your long term obligations, like a home mortgage." 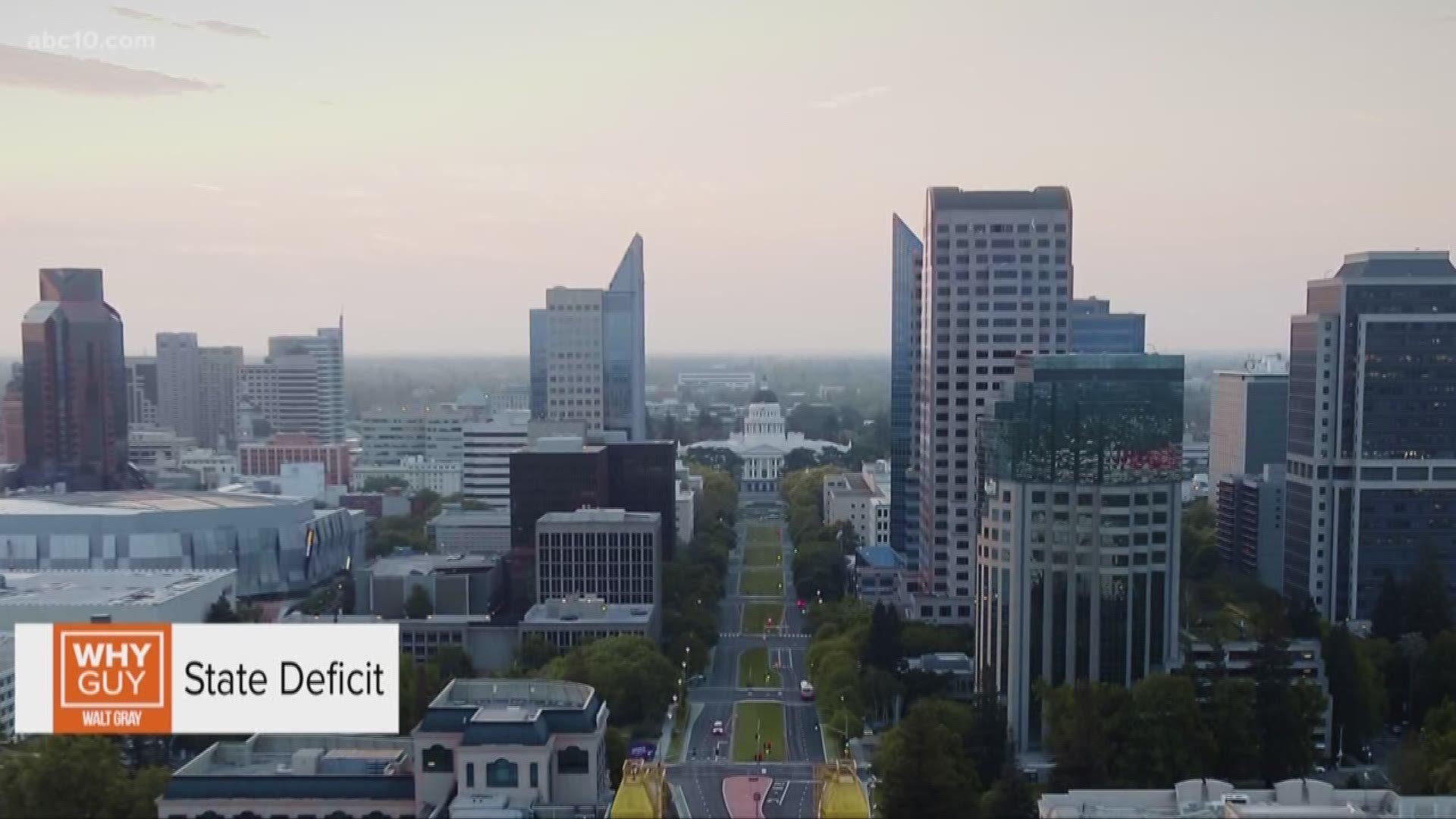 Today's Why Guy question comes to us from Facebook and Leo Lagesse:

"Hey Walt, why does our Governor Brown claim we have a surplus of billions when every report I've ever seen says we have a massive debt?"

California's finances are always a topic of discussion. When Jerry Brown became Governor in 2010, he inherited a $26 billion budget shortfall. He'll leave with a $9 billion surplus, a "rainy day fund" as he calls it. But, the State of California debt is well over a trillion dollars and growing by the second and you can see it add up online in real time on the California debt clock!

So, what kind of financial shape is California really in? Does a $9 billion budget surplus really mean anything when we're over a trillion bucks in debt?

"It's the difference between what your checkbook looks like and you balancing your long term obligations, like a home mortgage," H.D. Palmer with the California Department of Finance said.

That makes sense. If you have $1,000 in your checking account and you owe $5,000 on your credit card, that’s a bit like how California’s finances are. You’re not technically in the hole, you’re basically operating like most households and states do.

So, would our massive debt cause the state to have to turn the lights out in the state.

"No, but things in the world of finance turn on a dime," Palmer said. "Everything is based on how the economy is doing. Federal policy can change it dramatically too."