America's only 'Bee Dog' helping save alpine bumblebees in Colorado 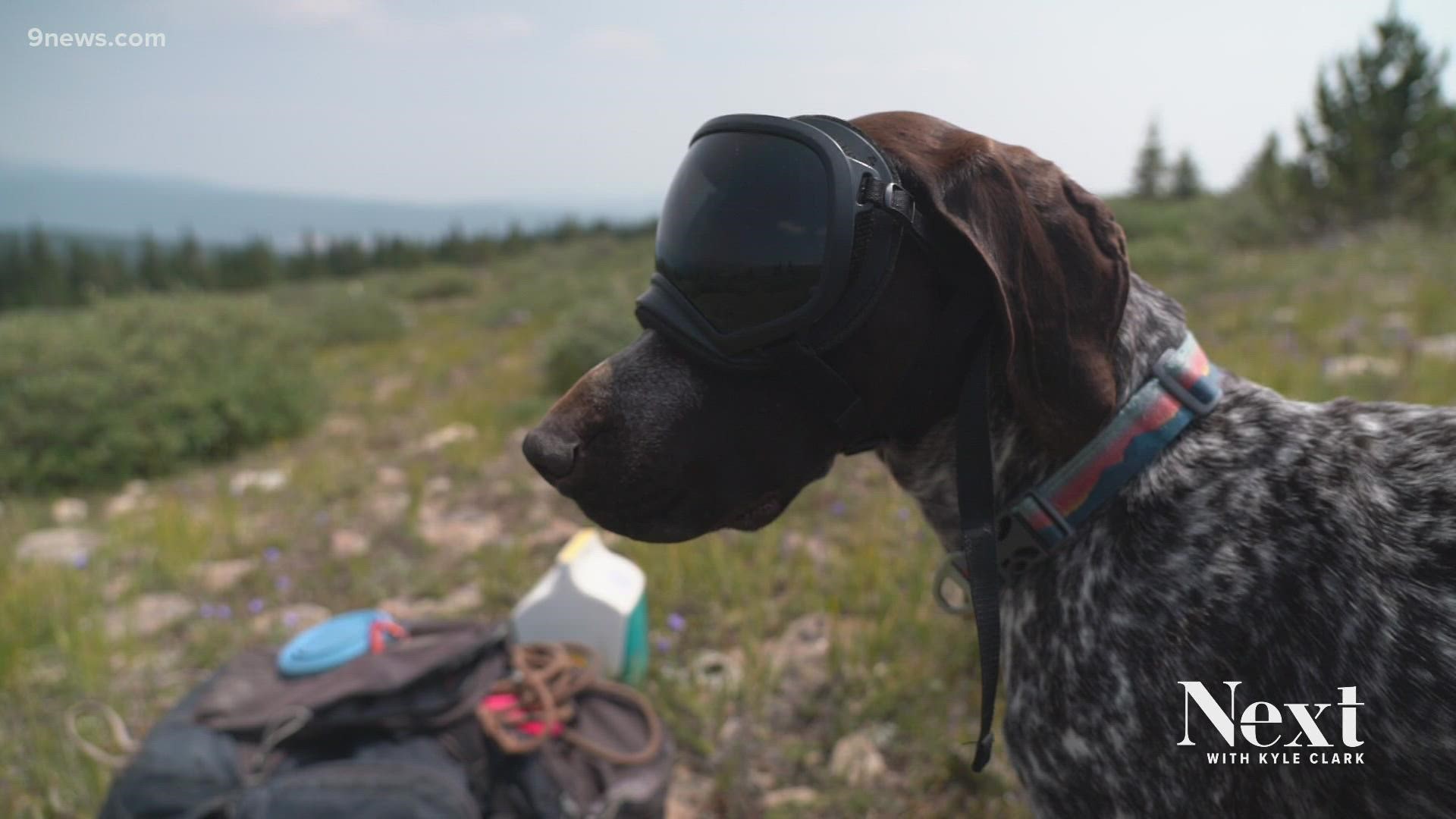 FAIRPLAY, Colo. — Colorado's mountains are home to important pollinators, and there's a dog whose job it is to save them.

"Bumblebees are worth billions of dollars to the U.S. economy every year, not to mention the intrinsic value, but also the value to ecosystems," Jacqueline Staab said.

She's a bee researcher with Appalachian State University in North Carolina, and her dog, Darwin, helps her gather data.

Finding bumblebee nests is really hard, but Staab said we don't know a whole lot about them. So, the work these two do will hopefully lead to more conservation of the areas where bees like to live.

"Obviously, there's going to be cascading ecological effects if we lose keystone pollinators in any environment, much less the alpine," she said.

So, Staab and Darwin came to Colorado to hike through the mountains in Park County. Darwin sniffs for nests, and when he finds one, Staab records as much data as possible.

She notes the species of bee, measures the slope the nest was built on, figures out the distance between the nearest linear feature, and checks out how well drained the soil is.

Without Darwin, this work would be even harder.

Staab found out about bee sniffing dogs from a scientific paper published in 2011 where the military in Great Britain trained a dog to find nests. But it was hard to get anyone to train Darwin in the U.S. when she first got him.

"I called a bunch of people and they were like, 'what? I'll get back to you never. Bumblebees, are you crazy?'" she said.

Eventually, Highland K-9 in Harmony, N.C., took on the challenge. They gradually built up his bee sniffing ability until he was able to detect nesting material without any other aids.

This is the first year he's come to Colorado with Staab.

The work might be tough, but Darwin is up for it.

"Darwin is not afraid of a challenge," Staab said. "He's ready to go and we're going to find them all."

To learn more about Darwin, you can visit his website.

RELATED: Colorado continues its tradition of racing alongside burros

RELATED: Here's why these mountain goats are marked with paintballs

SUGGESTED VIDEOS: Full Episodes of Next with Kyle Clark