So, what's the difference between expensive milk and cheap milk? Not much. 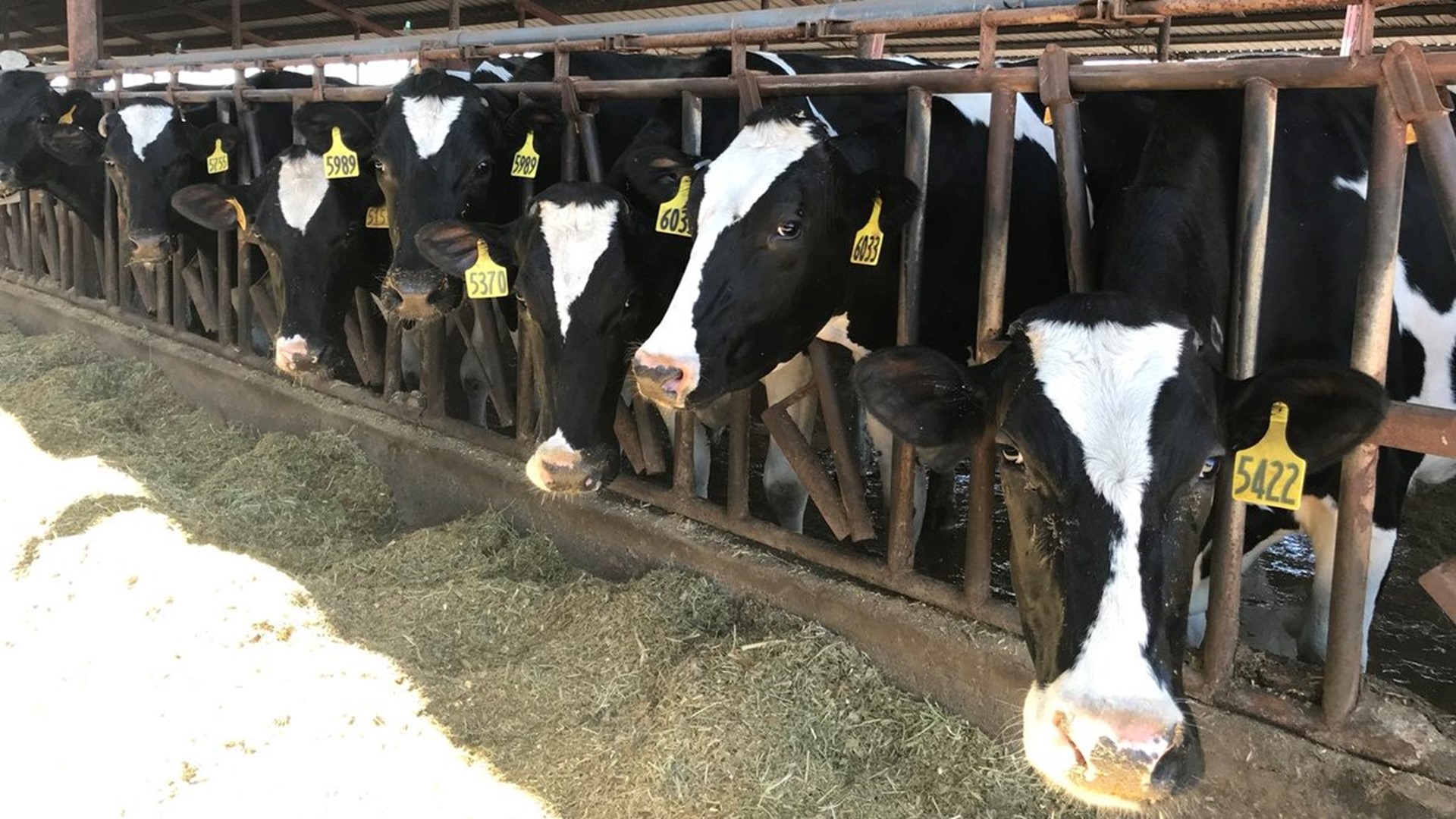 CALIFORNIA, USA — The milk inside the grocery store bottle isn't all that different despite the price you pay, the packaging it comes in, and the marketing behind it.

ABC10 spoke with experts in the dairy industry, agricultural economics, and nutrition to see how much of a factor the quality of milk plays in the grocery store price.

Speaking as a former Turlock dairyman, Ray Souza said the main difference you'll see in regard to milk is the packaging on the bottle.

He’s not alone in making that claim. Agricultural Economist Dan Sumner, with UC Davis, said milk can often go through the same plant side by side with only the label changing.

The milk inside that package is pretty much the same, according to Sumner.

So what is that extra cost?

“If you’re talking about the physical makeup of the milk, that is not a big determinant (of price)…,” said Bill Schiek, an economist with the Dairy Institute of California.

By law, all California milk has to meet the same minimum nutritional standards. The biggest difference you’ll find is across the types of milk, such as whole, 2 percent, and 1 percent.

When you see a local creamery milk brand selling for more than a generic or store brand, it could be attributed to extra costs that local creamery has that the supermarket plant doesn't. Also, the store brand could just be priced lower to sell better, and the local creamery could be priced higher due to the added cost of providing it on the shelf.

All in all, the composition of the milk being sold doesn't have much to do with its price. That extra cost is usually the packaging, marketing, or even support for a local business, which to Sumner are still elements that matter to consumers.

“We know that people buy specific products for lots of reasons,” said Sumner  “So, I might buy a local peach because I just like seeing peach orchards bloom in the spring and figure the only way to keep them around is to buy their products."

“Similarly, you may buy some expensive brand because you like the look of the label. Fine, it’s your choice,” Sumner added. “People differ, which is why we have lots of options in the market.”

READ ALSO: Is a Costco membership worth the cost?

Is one milk healthier than the other?

The experts ABC10 spoke with said milk brands were comparable, so long as the comparisons are being made on the same type of milk, such as whole milk to whole milk or 1 percent to 1 percent.

“When just comparing the conventional milk products, the store brand did contain slightly less protein, calcium, and potassium,” said Scherr. “Vitamins A and D were identical. However, both products are still incredibly nutritious and without the context of a person's whole diet, it's difficult to determine if these differences are important.”

The bottom line for milk is that it is highly nutritious, regardless of whether you’re buying the store brand or a name brand. They all meet the same state-required nutritional standards.

“It’s very much about what is the value to you individually and what differences do you perceive, but I think the pure science would suggest that if you’re just looking for the nutrients that milk delivers you do well even with a less expensive brand,” said Schiek.

Organic is one of the most expensive options at the grocery store, and there are different reasons for buying it. However, in glass-for-glass nutrition, it was still nutritionally comparable to non-organic milk when broken down by Scherr.

“Nutritionally, this milk is fairly equivalent to the others mentioned, stacking up slightly lower with respect to calcium,” Scherr said.

The Horizon Organic brand had more Vitamin A, but there was only a 5 percent difference between the store brand and organic brand, which didn't make it a dynamic factor in the health comparison.

Organic usually comes down to a sense of production practice where the cows are kept in a more typical behavior and environment, according to Shiek. There’s also a tendency for people who buy organic to be willing to pay more to know their milk is organically produced.

“It’s because that’s important to them, I would think. That’s why they’re buying it. It’s not a nutritionally superior product, per se.”