The operation was so aggressive, Stockton Police Chief Eric Jones had to update the arrest and gun seizures stats in real-time during a press conference. 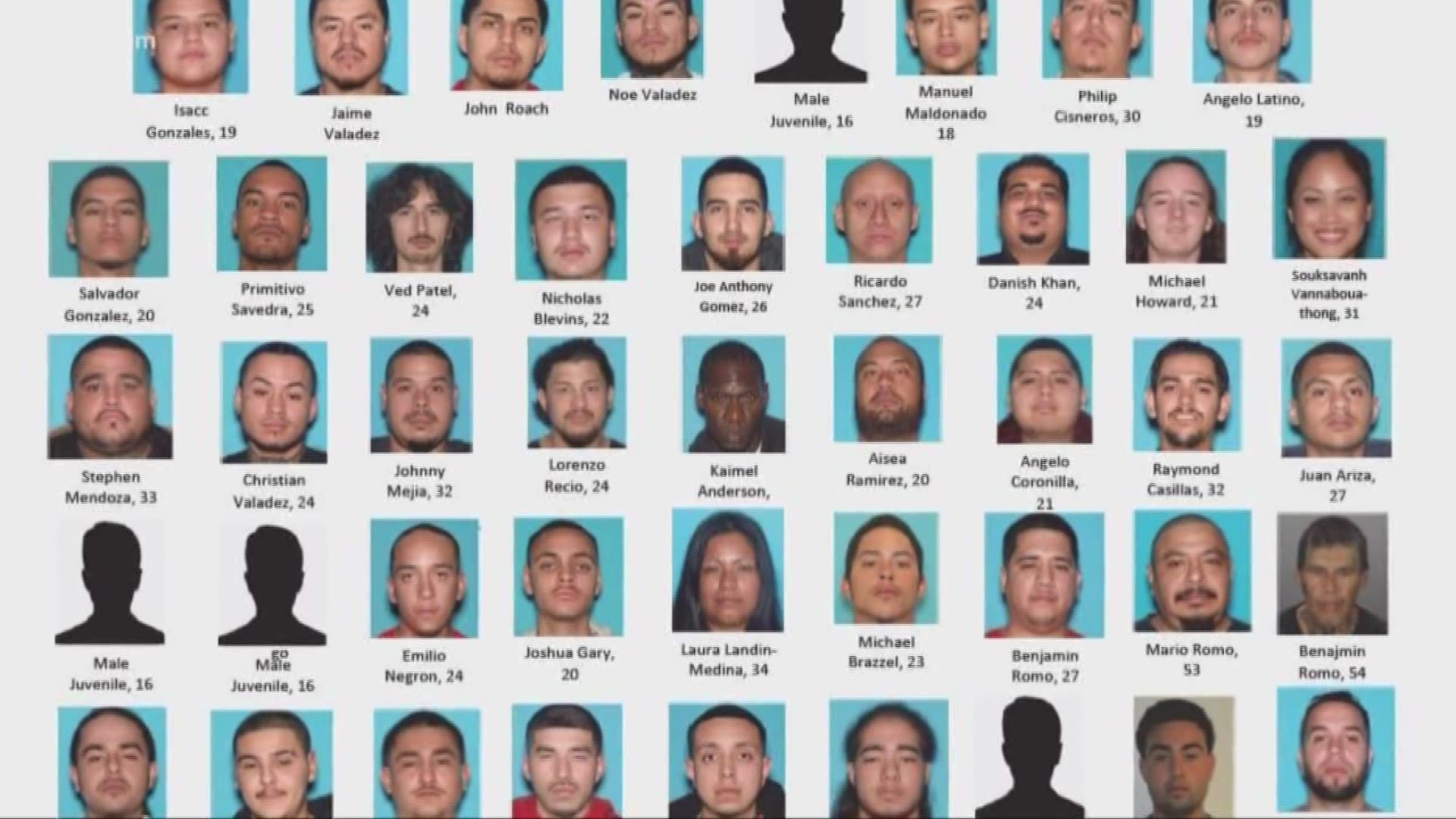 STOCKTON, Calif. — A sweeping, city-wide takedown in Stockton led to the arrest at least 50 Norteño gang members and affiliates, as well as the seizing of 42 guns and 25 lbs. of drugs, Stockton Police Chief announced Tuesday morning.

The multi-agency operation was so aggressive, Stockton Police Chief Eric Jones had to update the arrest and gun seizures stats in real-time during a press conference. Jones said he even expects those figures to increase as time rolls on.

“We feel this operation, named 'Red Ruins', is fitting because we disrupted the very foundations of these very, very violent groups,” Jones said.

Operation Red Ruins was launched back in September and, in the course of three months, the crew arrested suspects in cases that included a Sept. 22 attempted homicide, a Sept. 23 armed home invasion, and an Oct. 1 shooting that saw a 10-year-old girl shot and injured while playing in her backyard.

Credit: Stockton Police Department
Suspects in shootings, killings, attempted robberies, and more crimes were arrested after a Stockton police effort to curb the violence in their city.

Jones said the Norteño gang has been known for crimes like homicide, attempted homicide, assault with a deadly weapon, illegal weapons possession and trafficking, robberies, and narcotics trafficking. 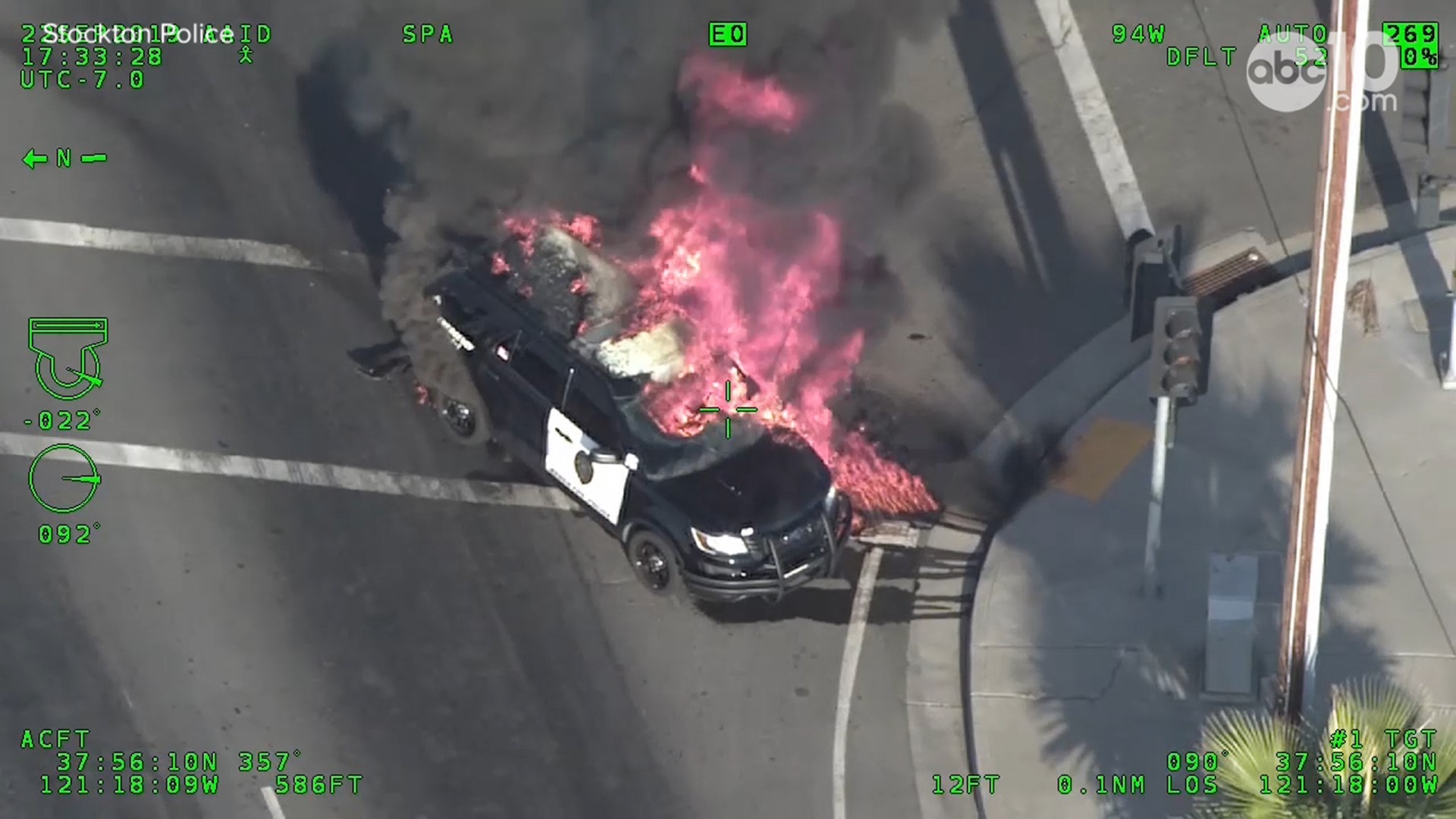 “These Norteno subsets have terrorized our community for far too long,” Jones said.

"It almost made me emotional to think about those individuals, young men in this congregation that we've lost to gun violence, so this is pretty good news here today," said Bishop Rufus Turner of the Victory and Praise Church.

Turner, along with other leaders in a group called "Faith in the Valley" said this bust is a step in the right direction.

"I think it's a sign that when you partner with other departments and entities, it shows a great result and things will happen that will shift the tide of things that happen here in Stockton," Turner said.

"One less weapon on the street is a plus for the city of Stockton, so the amount of weapons that they were able to detain, that's huge," said Toni McNeil, an organizer for Faith in the Valley.

And they believe change is on the horizon because of operations like this one.

Four of the men who were arrested are suspects in an attempted homicide that involved a police chase through town.

"I really love the city and I want to see it turn around and this is an indication that the city has a possibility of shifting some things," Turner said.

“We are coming for you and we are going to deliver because that’s what law enforcement did this time,” said Verber Salazar.

Salazar added, “[Law enforcement] kicked a**, and… 50 people now feel it. They are not going to be able to create harm in our community anymore and create a reign of terror.”