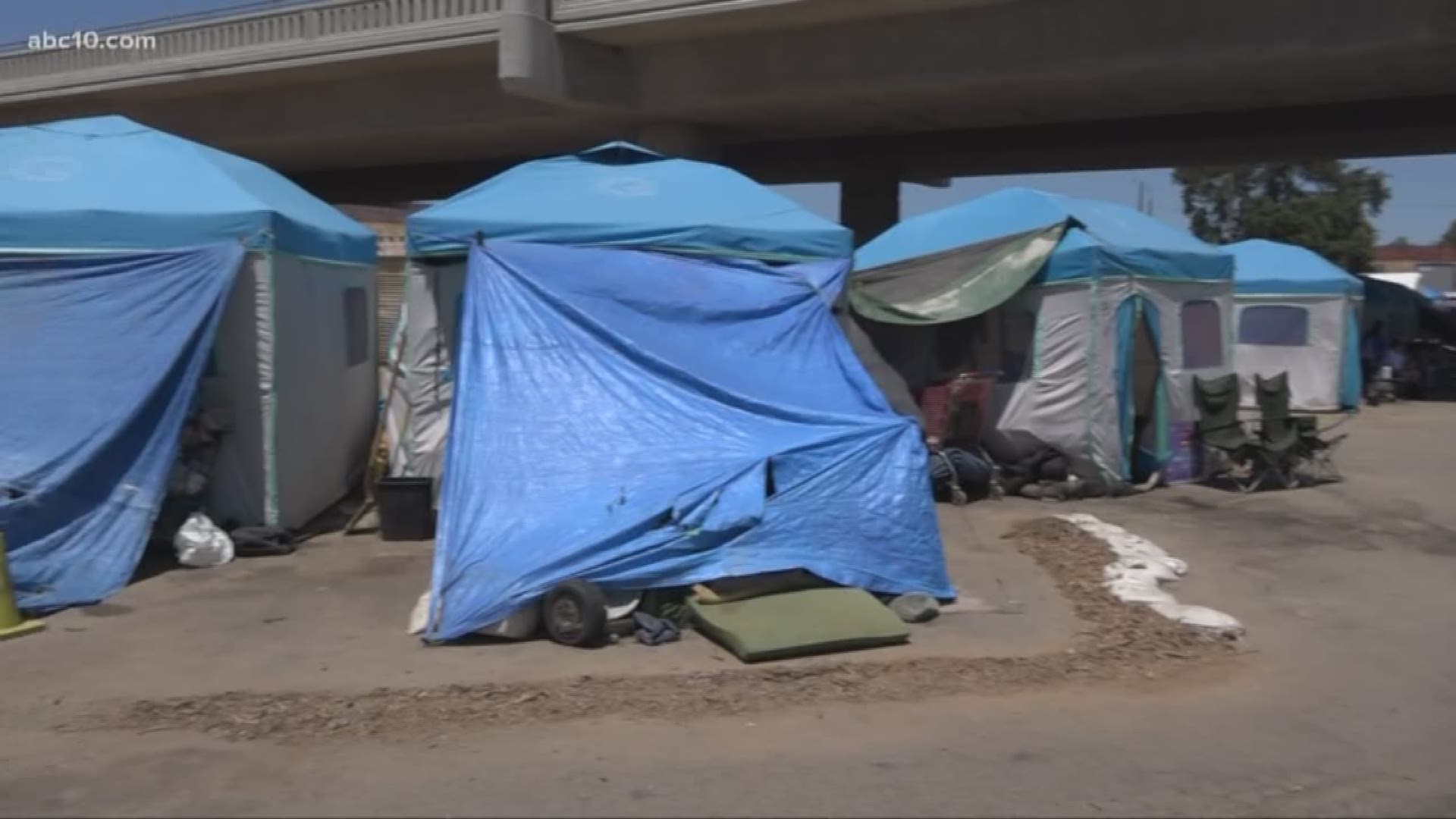 MODESTO, California — Tamran Provance took us inside her home. There's a bunk bed for her two children and another bed where she sleeps. There's no kitchen or bathroom.

"We have the two ice chests to keep the cold water and the meat and stuff cold," she said.

Provance is one of about 400 people living in a tent at the Modesto Outdoor Shelter near Beard Brook Park. During this heat wave, her main priority was keeping her family cool and hydrated. The high for the day, on Wednesday, June 12, was over 100 degrees.

"They have fans up here by the office that we can go and sit in front of. A lot of us have little portable fans that we've been able to get," Provance said.

Staying cool in the sweltering sun was also a challenge for Nettie Gray and her dog, Serenity. There is only one community clean-water station with a hose to cool off. And it's in use nearly nonstop.

"Sometimes I go to the river with her or I take her to the hose," Gray said.

Need to cool down? Try one of these cooling centers

Two years ago, her family was homeless. Now, this Stockton teen is helping homeless students at her high school

"We have a lot of community members that volunteer or donate a lot of bottled water. I think... we have twenty cases that were donated yesterday," Holcomb said.

Sara Mendoza kept a close eye on how her daughter, Willow, was holding up in the heat.

"She was a little dehydrated yesterday, throwing up," Mendoza said about her 16-month-old daughter. "It's the heat."

Mendoza used a small kiddie pool next to her tent to keep Willow cool. Like others at the shelter, Mendoza has the goal of eventually leaving the tent city.

There have been 100 documented exits since the shelter opened with some gaining more permanent shelter or simply leaving on their own accord. Hopefully, for a better, more stable life.