Earthquakes in Southern California have left Anna Sue Eldridge unable to live in the very home her father and husband built for her nearly 60 years ago. 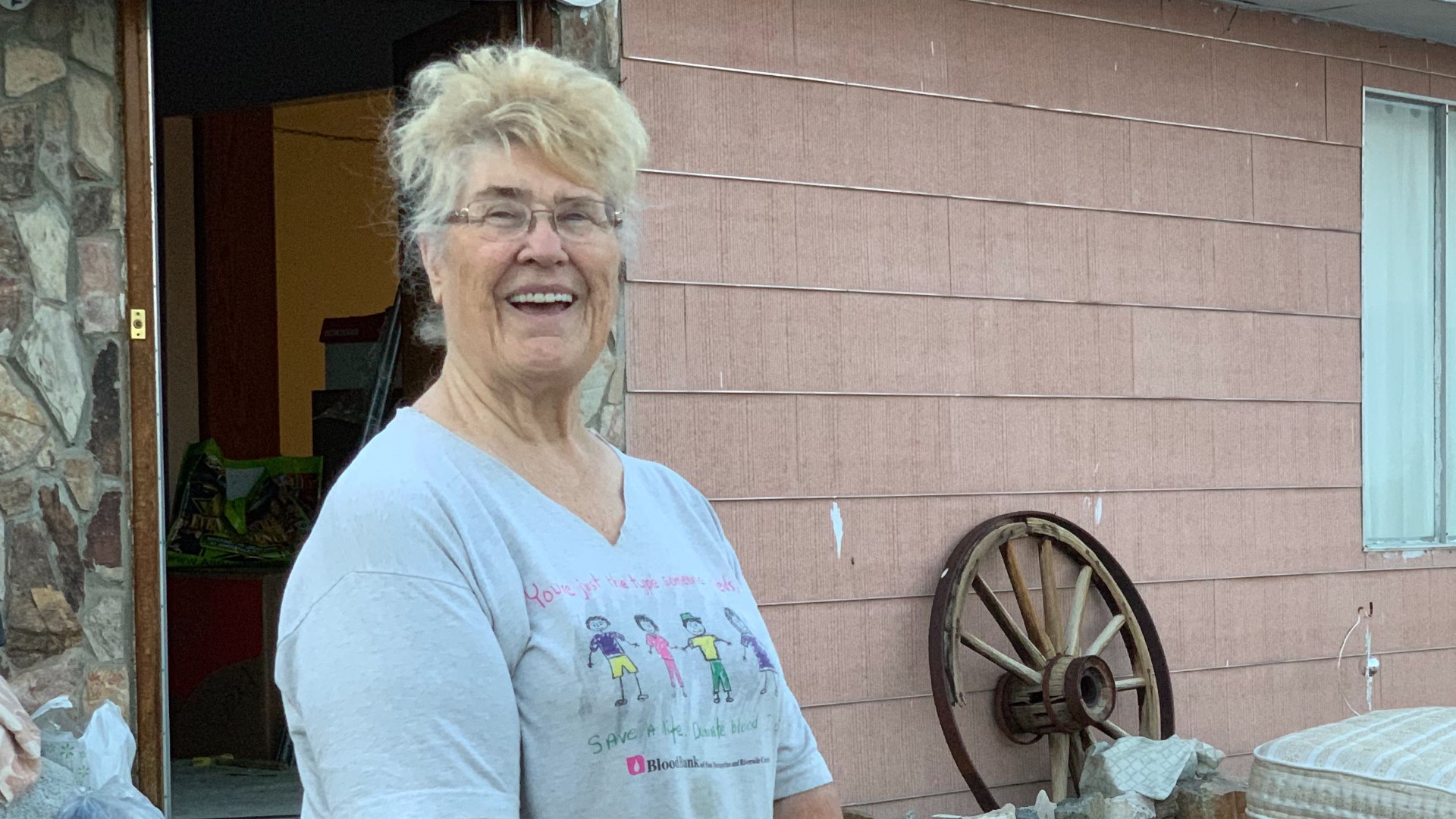 TRONA, Calif. — Over on F Street in the town of Trona, there’s a house that’s been part of a family history for nearly 60 years, however, after earthquakes hit the region, that family is now being forced to sleep outside of a home that was made just for them.

“We have to decide ‘are we going to move close to the kids or stay here? What are we gonna do?’ We just lived here forever just about,” said Anna Sue Eldridge.

Eldridge and her family are sleeping on mattresses and in trucks after Southern California earthquakes left the home unlivable.

The home was made by both her father and her husband in 1961, but, now, the very walls that her loved ones built to keep her and her family warm and safe have been worn by earthquakes that shook the region.

While the home appears intact, the inside is slowly crumbling due to the impacts from the quake. Her home of nearly 60 years is left with cracks and belongings scattered on the floor.

She and her son had been cleaning up after the first earthquake that hit the area on July 4 only to have a larger one strike the next day.

The amount of time she’ll have to spend camping outside of her own home isn’t certain. As far as what's next for Eldridge, she'll be staying at her children's homes until they can figure out what comes next.

Despite the hardship, Eldridge can still be found wearing a smile. It's a smile that's stayed with her because knew her kids would be there to help.