Sacramento Fire Department data show firefighters responded to 62 different fires on the parkway in 2020, the highest number in at least a decade 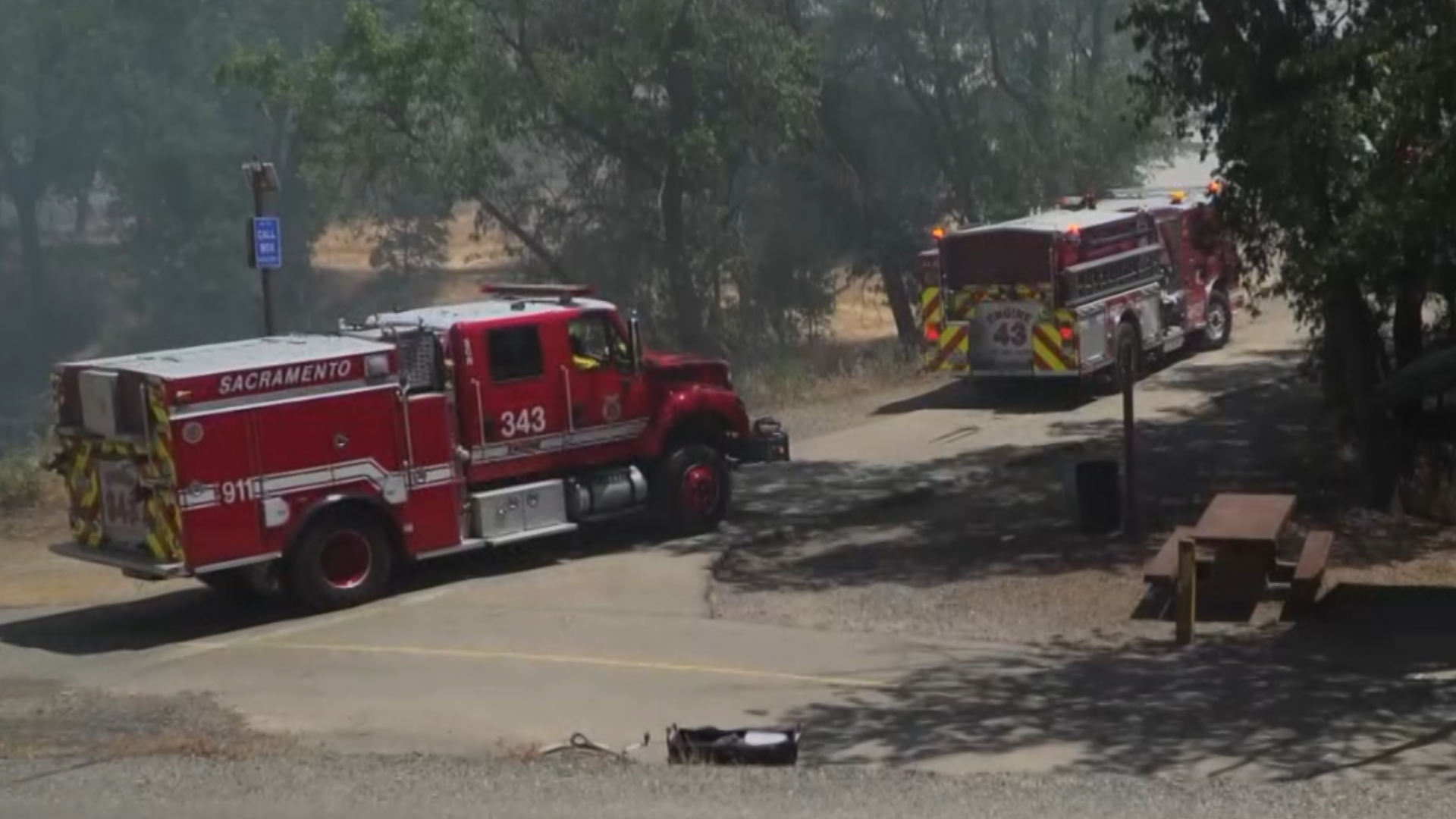 SACRAMENTO, Calif. — Dramatic video posted on Monday to Reddit by a Sacramento bicyclist showed a large grass fire breaking out steps away from informal camps along the American River Parkway.

It comes after a year when Sacramento Fire Department data shows firefighters responded to an unprecedented 62 fires along the parkway in 2020, more than any other year in at least the last decade. In recent weeks, the fires have returned with alarming frequency.

"If there was a building close, it could have caught fire right there," said Donna Littlemoon, who has lived on the parkway for the last few weeks not far from the fire shared on Reddit.

"The sparks, or the embers from that fire is going to fly out," Goodwin said. "And you can't control that."

The Sacramento Fire Department said it cannot always pinpoint the cause of fires on the parkway, though they can say most are "unequivocally human-caused."

"So, we know that they’re human caused, but we just don’t always have the ability to investigate the fire like we would a house fire, come right down to a point of origin or a cause," said Captain Chirs Harvey, Sacrament Fire's Public Information Officer.

Littlemoon and Goodwin said they do their best to create a defensible space around their camps and prepare for fires that break out.

"Have appropriate water on hand, have a shovel on hand or have a fire extinguisher on hand if you can," said Goodwin, who also recognizes the fires contribute to negative feelings about the camps and those who live there.

"The public is very judgmental. They're like, 'what idiot would let that person do that,' but see, it's not only the homeless that do this," Goodwin said. "Everybody is prone to mistakes; we're not all perfect."