A Sacramento mother who lost her teenage son to gun violence in 2015 will take on the role of Sacramento’s Office of Violence Prevention Manager. 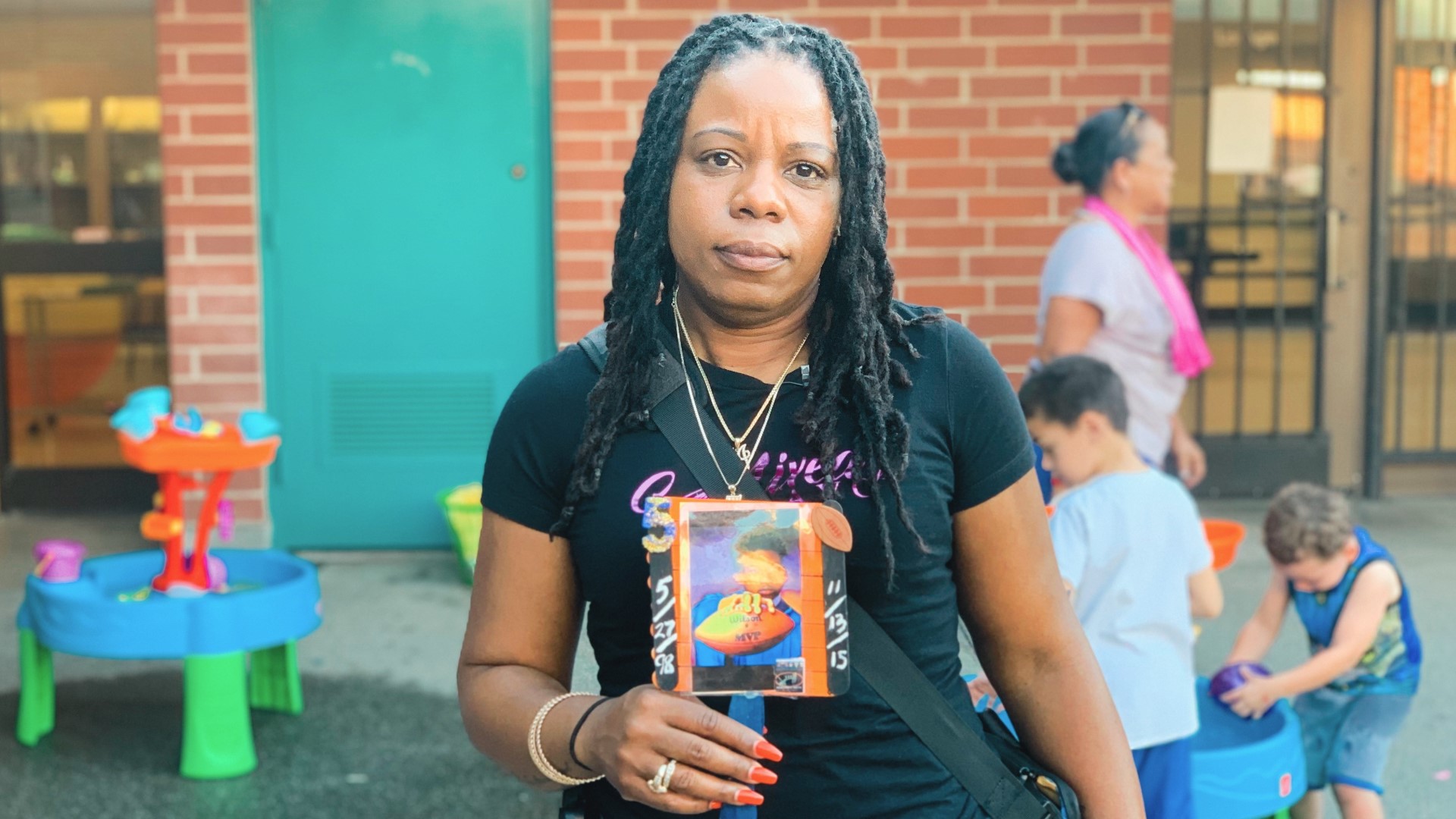 SACRAMENTO, Calif. — A Sacramento mother has turned her tragedy into advocacy, and now will take on another important role.

On Friday, the city of Sacramento announced Nicole Clavo will become the manager of the Office of Violence Prevention. In this role, she will lead the city on "gang prevention and intervention and will coordinate a comprehensive effort to address youth and gang violence" within Sacramento.

“I feel it’s something that I’ve been working towards, unknowingly, for the last five years, so looking forward to it a lot,” Clavo said. “Five years ago, if you would’ve told me that this is the direction I would be going in, I would’ve been like, ‘No. Definitely not.’”

Her son, JJ Clavo, was shot and killed in Nov. 2015. He was driving with friends to get food after school, before playing in a high school football game that night. That’s when someone fired into the car — shots that investigators believe were intended for the passenger.

RELATED: 'It's not a day of closure' for JJ Clavo's mother as sentencing nears for her son's killer

Killed in gang-linked gunfire, the 17-year-old football player died, and his mom went on to become a strong community advocate for reducing gun and gang violence. It’s a mission she can amplify through her new position.

“I just really would like to focus on the youth,” Clavo said, as well as the groups that have been working with the city’s Office of Violence Prevention in recent years, “ensuring that we’re not working in silos, that we create that synergy, that collective, which encompasses, includes and embodies the youth.”

She says she’d like to see a Youth Advisory Board because they are the ones “being harmed and injured and killed right now in this time, and so we really need to bring them on board and hear their voice.”

She plans on working with community-based groups already doing boots-on-the-ground work to prevent gun- and gang violence, like Advance Peace, Voices of the Youth, the Black Child Legacy Campaign and Brother to Brother, among others.

In fact, the person who most recently occupied the position Clavo is set to take over is Khaalid Muttaqi, who is now the Chief Operating Officer of Advance Peace, according to Clavo and Muttaqi’s LinkedIn page. Muttaqi started that position just about a month before Clavo’s son was killed in 2015 and left in March 2020.

Clavo's work will also include communicating and coordinating with the Sacramento Police Department.

“Sac PD, I believe, is an essential part. I have a relationship with Sac PD. I will continue to build upon that relationship in this position,” Clavo said. “I think it’s very important that the partners [community organizations] build relationships with Sac PD because, once again, I believe we’re all working towards the same goal, and that’s to end the violence.”

This comes at a time when there are demands nationwide, and right here in Northern California, for major police reforms.

“I’ve had my experiences with law enforcement, as well. As a Black woman, I’ve definitely had my experiences, and so I don’t expect everyone to think like I think, but when it comes to saving our youth, I think there’s that space that needs to be built in order to get the work done,” Clavo said. “You know, there’s information that law enforcement may have that we may not have, and if we’re not talking and communicating with them, we don’t know what resources or avenues we may be able to utilize them in.”

She said having those conversations are important, even if they’re uncomfortable at times.

Clavo is assuming the role at a time when gun violence is spiking in the city and county. As of Wednesday, July 22, Sacramento had seen 28 homicides so far in 2020. For the sake of comparison, the department looked at the number of homicides in the last two years, for the time period starting Jan. 1 and running through July 13. In 2020, that number was 27, a 42% increase over that time frame in 2019, when homicides numbered 19 by July 13.

Figuring out how to best prevent these crimes, Clavo said, comes down to figuring out “what’s going on with our youth, our young adults, to the point where violence is the first action they take? How do we change that”

Clavo is set to start in her new role Aug. 24. She’s coming from her job as a labor relations and negotiator for the California Correctional Peace Officers Association.