The event, organized by Black Lives Matter, lasted into Saturday morning, as a small group of protestors walked onto Highway 99 after midnight. 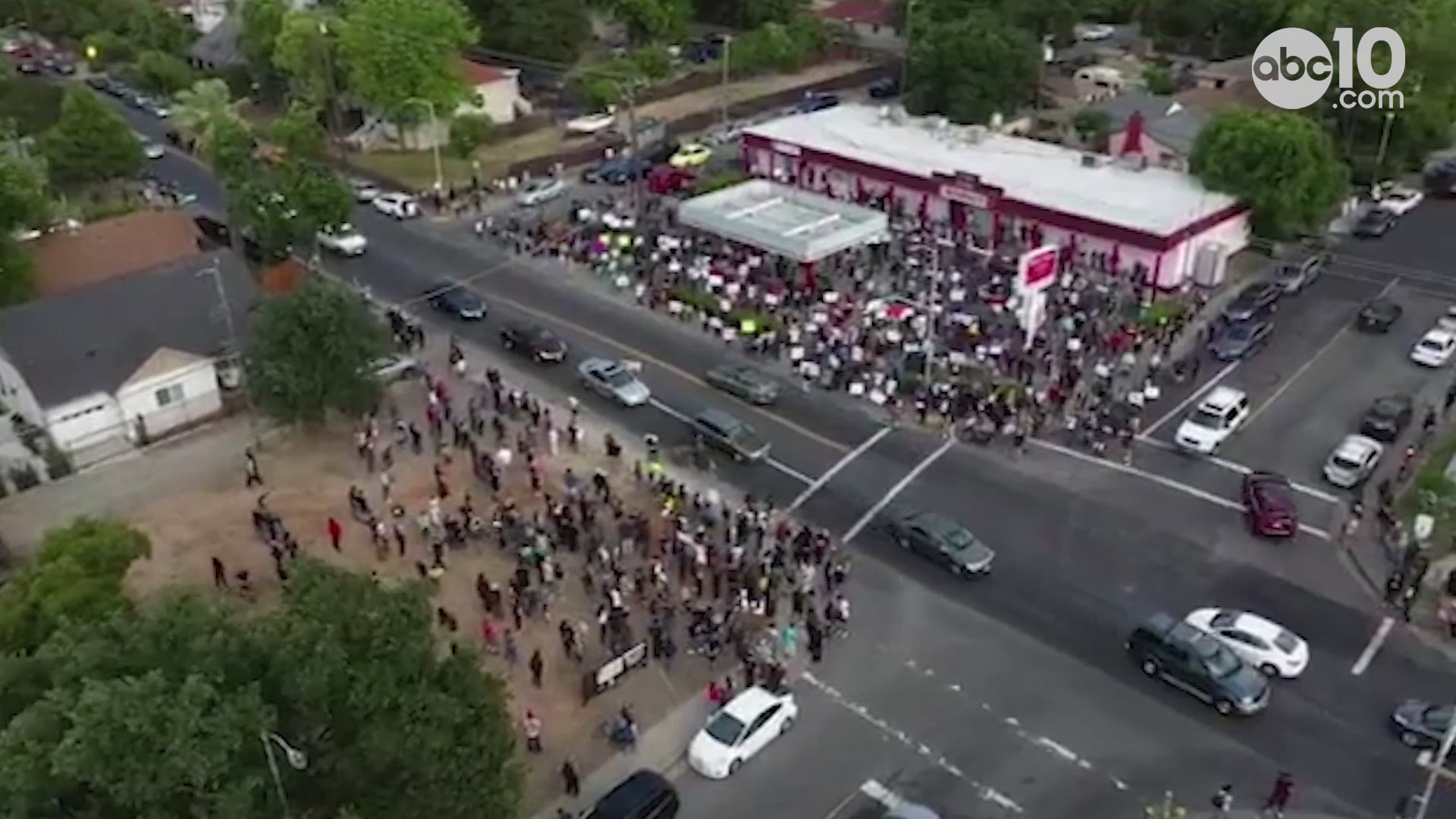 SACRAMENTO, Calif. — One person was arrested on Friday night following a protest was organized by Black Lives Matter Sacramento to show solidarity with protesters in Minneapolis and across the country, after the death of Geroge Floyd in police custody.

Along with the arrest, seven Sacramento police officers suffered minor injuries from large objects that were thrown in their direction. According to Officer Karl Chan, with the Sacramento Police Department, four police vehicles were also damanged during last night's protest.

Roughly 300 people attended Friday night's protest, that started in Sacramento's Oak Park neighborhood in the evening and lasted until at least 12:30 a.m. Saturday. By the end of the night, as the size of the protest died down, some still gathering marched onto Highway 99 southbound at the 12th Avenue overpass. They blocked lanes of traffic for several minutes.

In a tweet, Sacramento Mayor Darrell Steinberg said nine officers were injured during the protests. Sgt. Deterding with the Sacramento County Sheriff's Office said she was not aware of any injuries to the deputies stemming from Friday's night's protest.

A crowd gathered at the California Capitol Saturday morning to continue protesting the death of George Floyd, who died after being pinned for minutes beneath Minneapolis Police Officer Derek Chauvin's knee on Monday. Chauvin has since been charged with third-degree murder and second-degree manslaughter for the death of Floyd. He and the other three officers involved in Floyd's arrest were fired Tuesday.