It’s the third time in recent months that Facebook has announced the removal of accounts and pages linked to the Proud Boys group. 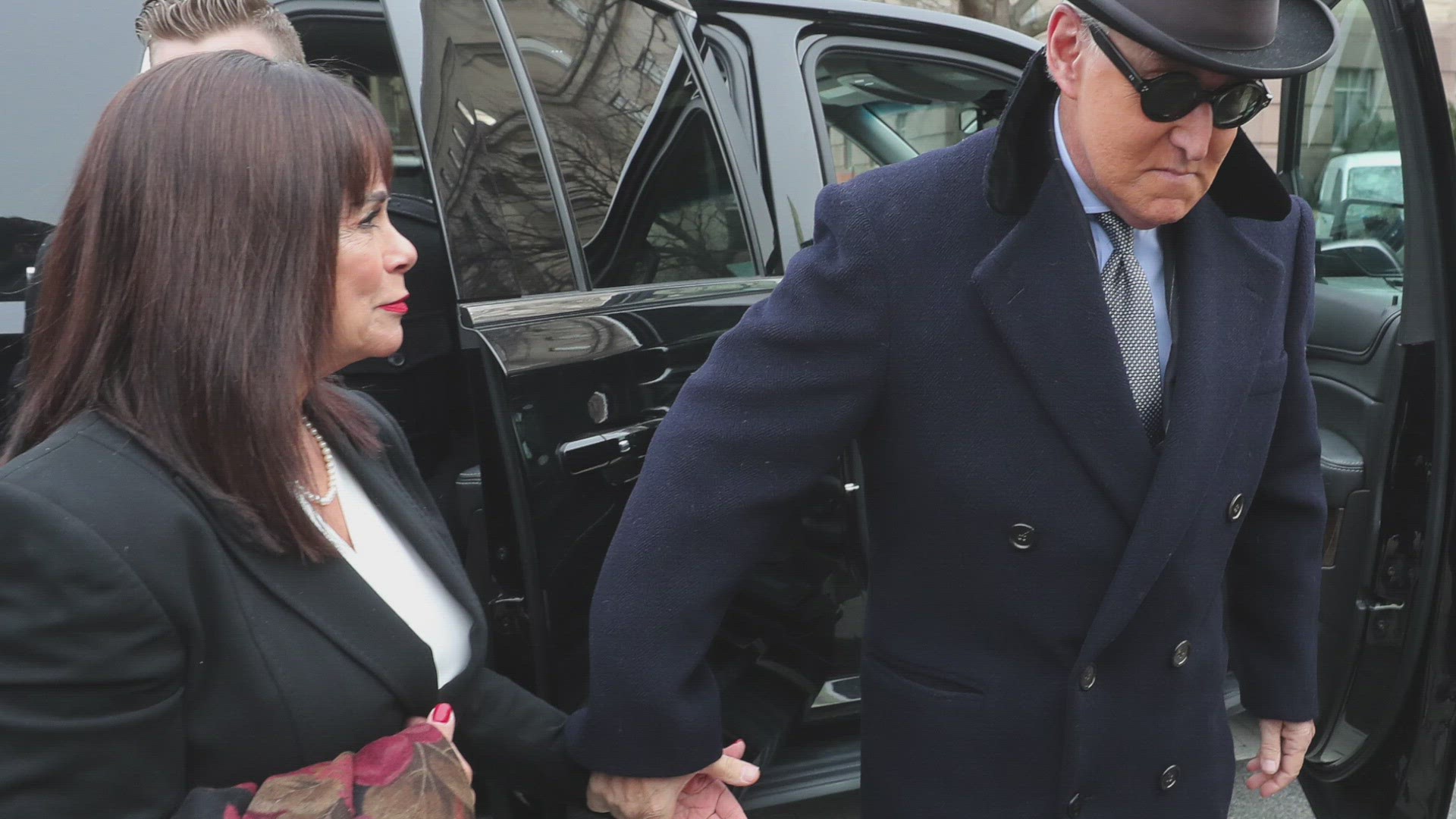 OAKLAND, Calif — Facebook on Wednesday said it has removed dozens of accounts linked to the hate group Proud Boys, to President Donald Trump’s longtime ally Roger Stone and to employees of Brazil’s president, Jair Bolsonaro, among others.

A network tied to both Stone and the Proud Boys had fake accounts post about local politics in Florida, as well as Stone’s books, websites and media appearances, Facebook said. Stone’s own Facebook and Instagram accounts were also banned.

“Roger Stone’s personal accounts and his branded assets will be coming down as part of this network,” said Nathaniel Gleicher, Facebook's head of cybersecurity policy, in a call with reporters. “Because we saw them deeply enmeshed in the activities here.”

Facebook said these accounts were most active from 2015 to 2017 and most have been dormant since.

Stone was sentenced to more than three years in prison after he was convicted of lying to Congress, tampering with a witness and obstructing the House investigation into whether the Trump campaign coordinated with Russia to tip the 2016 election. Attorney General William Barr is scheduled to testify before Congress in July after two of his employees testified that he has politicized the department on behalf of Trump and allowed special treatment of Stone's case.

RELATED: VERIFY: No, Facebook 'bots' are not fact checking your posts

The Proud Boys were banned from Facebook and Instagram in 2018, but supporters of the organization have tried to get around the ban by creating new pages or accounts. It’s the third time in recent months that Facebook has announced the removal of accounts and pages linked to the group.

Facebook’s said the accounts were linked to Brazil's Social Liberal Party, which Bolsonaro left last year after winning the 2018 presidential election, and to employees of the president, two of his sons, Sen. Flávio Bolsonaro and congressman Eduardo Bolsonaro, and two other lawmakers.

Brazil’s justice is investigating the spread of false news in connection with Bolsonaro, which could affect him in the criminal and in the electoral arenas.

Facebook also removed fake accounts in Ukraine focused on stirring up domestic divisions, as well as a network of accounts originating in Canada and Ecuador and focused on El Salvador, Argentina, Uruguay, Venezuela, Ecuador and Chile.