Marissa English is a Keith Urban superfan in rapidly declining health. When the call went out to Urban to meet English, he responded. 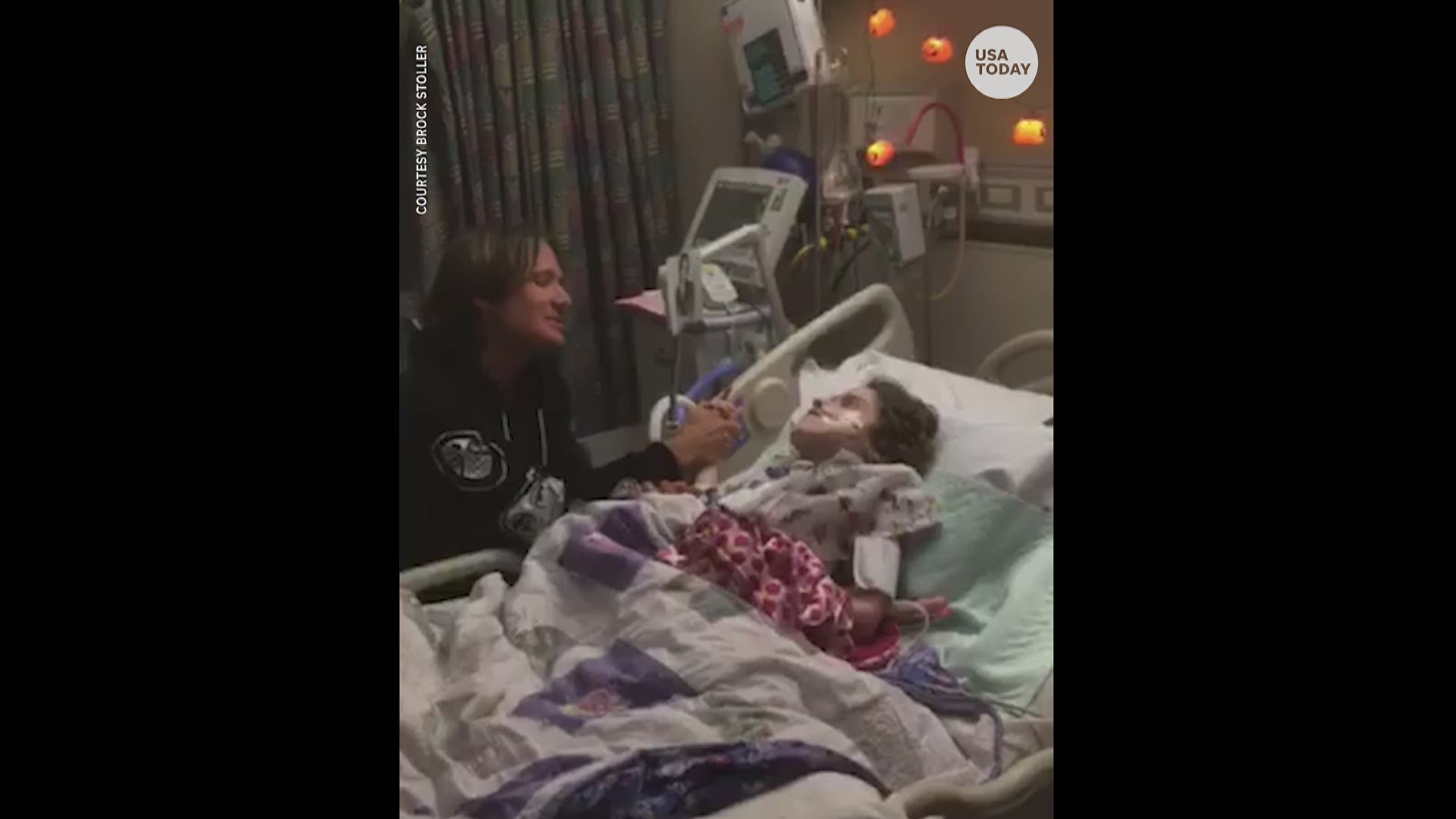 Marissa English was on hospice care and couldn't attend Keith Urban's sold-out concert despite having tickets to the Toledo, Ohio, show.

The 25-year-old is in rapidly declining health after being born with "a myriad of health conditions including water and an inoperable cyst on her brain, severe scoliosis and cerebral palsy," according to WTOL-11. Her nurses knew this wasn't just a fan, but an Urban super-fan.

The nurses lobbied the country music superstar through social media and he made a surprise bedside visit.

In a video of the visit, Urban kneels and sings, "Blue Ain’t Your Color" to English as he holds her hand.

He even took some photos with her.

Keith Urban took the time to visit a patient while in Toledo ... ❤️❤️ pic.twitter.com/vvihmp0nIw

Urban dedicated the Ohio concert to English "who I truly think is my biggest fan," WTOL-11 reported.

English's mother told the news station that her daughter has memorabilia of other Urban concerts they've attended.

"She has a T-shirt that we put on a pillow that's beside her all the time. It's actually cute, because she'll pick up the pillow and hug it and kiss it (and) ... she'll point at it and say 'Mr. Hottie.'"

Her mother added that doctors didn't give Marissa English long to live saying, "Go home and enjoy her for possibly a year. That might be the longest you have her."

The nurses told the CBS affiliate that they wanted to arrange some face time with Urban, whether in person or through a social app.

@KeithUrban @mercy_health Keith will be in Toledo for a concert tomorrow (10/18). His “number 1 fan” is a patient here at St. Vs in Toledo! She had tix for the concert but is now facing hospice. Trying to reach out to see if Keith can possibly give this young girl her dying wish

“We knew how important it was to Marissa to be at that concert," said nurse Jan Cassity. "Since she wasn’t able to, we were hoping to try and find some way to have Keith make a connection with her.”