Police chief: More than 2,700 arrests in Los Angeles so far

The chief told the city Police Commission Tuesday that about 2,500 of those arrests were for failure to disperse or curfew violations. 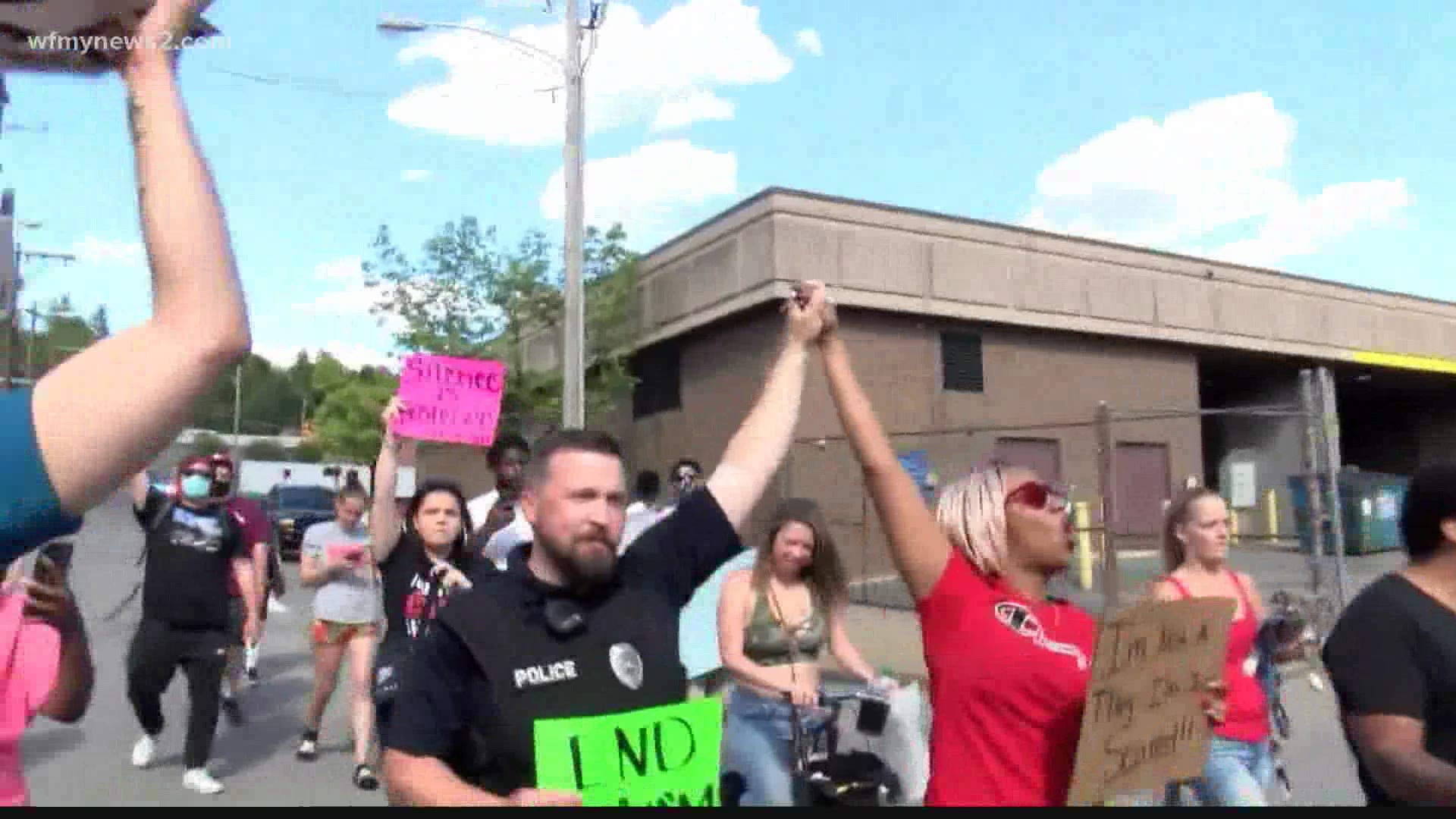 More than 2,700 people have been arrested since protests and violence began in Los Angeles in response to the death of George Floyd.

Chief Michel Moore told the city Police Commission on Tuesday that about 2,500 of those arrests were for failure to disperse or curfew violations.

The remainder were for crimes including burglary, looting, assaults on police officers and other violence, chief told the panel, which functions as the Police Department's civilian oversight board.

A huge new demonstration filled streets in the Hollywood area, with police and National Guard troops on scene.

Earlier, police officers took a knee with clergy-led demonstrators near the downtown police headquarters where speakers urged everyone to heed the call of Floyd's family for people to protest peacefully.

Other major cities including San Francisco and San Diego also were calm.

Los Angeles County, however, announced its 10 million residents would again be under curfew starting at 6 p.m. Other jurisdictions around the state also renewed curfews.

The full impact of curfews on the ability to police downtown Los Angeles and other areas of the city was evident by Sunday night, Moore said on Monday.

Violence and thefts on Monday were not on the scale of the weekend, when blocks of stores were devastated, police cars torched and officers injured.

In Sacramento, where two-thirds of downtown businesses were damaged over the weekend, 500 National Guard troops were deployed and the city imposed a Monday night curfew.

Most demonstrations were peaceful and sympathy was expressed by law enforcement. Riverside County Sheriff Chad Bianco took a knee at the invitation of demonstrators.

"We support and will protect those who wish to demonstrate peacefully," U.S. Attorney Nick Hanna in Los Angeles said while announcing the FBI will help identify people who commit serious crimes.

RELATED: About 200 people gather in Downtown Jacksonville for fourth day of protest

RELATED: Santee extends its curfew for a third night

San Diego Police Chief David Nisleit said Floyd's death prompted him to revisit department policy and stop the use of a controversial neck restraint method. Floyd, who was black, was handcuffed and on the ground pleading for air as a white police officer pressed a knee on his neck for several minutes.

Most of Monday's demonstrations ended when curfews took effect. But remaining crowds tossed fireworks and bottles in several cities, and authorities responded with tear gas and rubber bullets.

Police who had been overwhelmed during the weekend were reinforced by 4,500 National Guard troops.

At one point, a handful of protesters stopped would-be thieves from entering a Walgreens on Sunset Boulevard.

Many of the trashed businesses had only recently reopened after closures due to the coronavirus. Volunteers turned out to help merchants clean up broken glass, board up storefronts and scrub away graffiti.

Alex Rose clutched a garbage-picker as he joined others cleaning up downtown Sacramento.

"There's a very clear distinction between protesters and the looters," said Rose, who protested during the day Sunday. "I went home last night, and that's when the criminals came out."

Some leaders blamed outsiders for the violence.

San Francisco Police Chief Bill Scott said some people "came to this city with crowbars, bolt cutters, tools that were designed specifically to get into businesses, to take property and loot."