A campaign flag was cut off a pole in Elk Grove, campaign signs were stomped on and taken in Rocklin, and banners were torn down in Turlock. 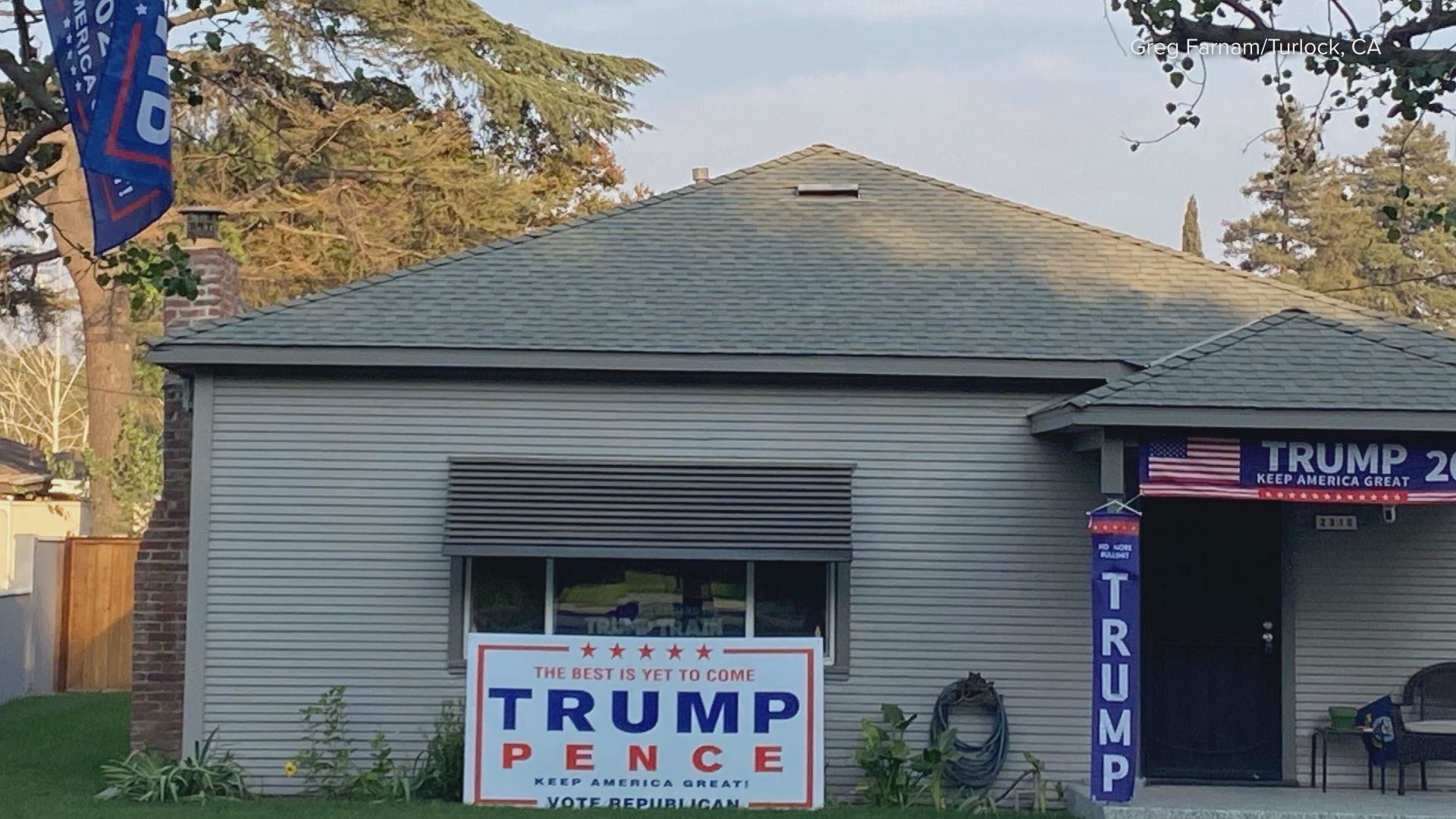 As the race to the November 3rd Presidential Election ramps up, some in Northern California are reporting thefts, vandalism, and even attacks related to campaign signs.

A campaign flag was cut off a pole in Elk Grove, campaign signs were stomped on and taken in Rocklin, and banners were torn down from the same homes multiple times in Turlock. Then there was a rude awakening for Greg and Ronda Farnam.

“This is the rock that came through our window,” said Greg Farnam, a Trump supporter in Turlock.

The Farnams say the theft and vandalism was all over their support for Donald Trump.

“There’s a problem in America when your right is violated in that form. Like, what happened to the days when we just agreed to disagree?” said Ronda Farnam.

Political attacks against Democrat and Republican supporters are being reported across the nation.

“Unfortunately, voter suppression is a big part of the American legacy,” said Isaac Hale, a professor of political science at UC Davis.

It’s not anything new, according to Hale.

“Sometimes it’s from individual enraged citizens…throwing rocks through people’s windows or historically from hate groups like the KKK. I think today, unfortunately, it’s often the government as well,” said Hale.

Hale teaches “America Decides,” a class all about the 2020 Presidential Election.

“President Trump’s call for his supporters to be poll watchers… hearkens back to voter intimidation efforts in the 1980s. The announcement from Texas Gov. Greg Abbott last week to limit ballot drop boxes to one per county regardless of how many people live there are examples of the government attempting to step in and influence the ability of people to vote as well. And I think we should view all of these activities with deep concern,” Hale explained.

While political tensions are running high, Jim White said there’s room for civility during this heated election season. He forgave a young woman even after she cut and stole his flag in support of Trump.

“She came and gave me the money for the flag and she apologized for the flag. She was sincere and you know I said, ‘Anytime you want to talk to me, come knock on my door. We’ll have an open conversation,’” said White.

That’s a sincere gesture he’s offering up to anyone who’s willing to talk.

“Really, if anybody has an objection to Trump and my political view, they can always knock on my door and I’d love to sit down with them and just talk about it, you know,” White said.

Stealing or vandalizing political signs or other materials is a crime. Doing so could land you a fine or even in jail.

WATCH ALSO: What to know about mail-in voting in California | Election 2020