The university says the new system allows for a quicker lock down in case of an emergency, specifically an active shooter situation. 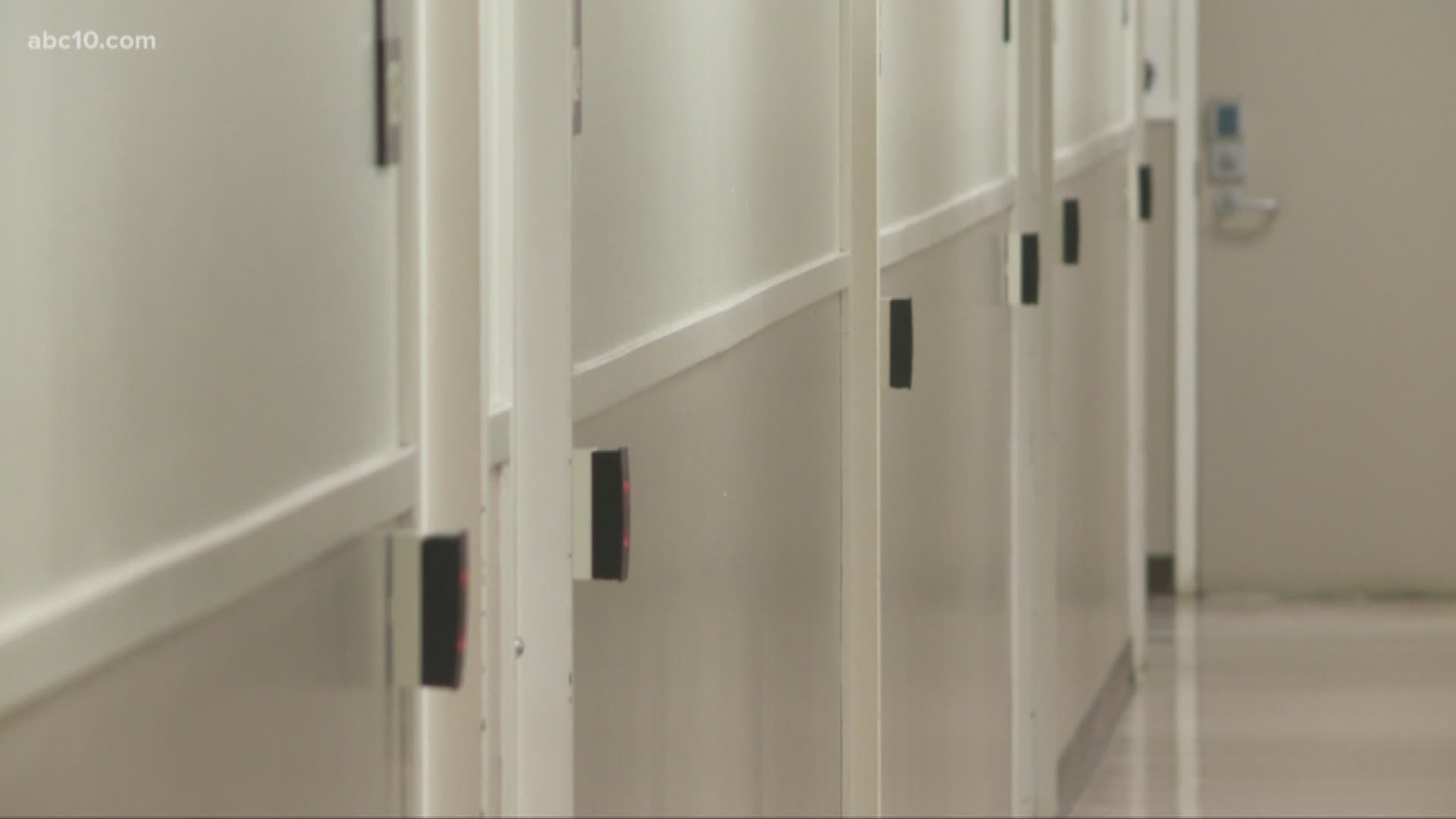 SACRAMENTO, Calif. — Sacramento State University is installing new locks on its classroom doors, as part of the university’s effort to improve safety on campus, officials said.

The university has already installed locks in classrooms in Mendocino Hall, but they plan on continuing to replace existing locks in 78 classrooms across campus by the end of the year. University officials say the purpose of the new system is for students and faculty to be able to shelter in place and allow for a quicker lockdown in case of an emergency, specifically an active shooter situation.

Daryn Ockey, the university’s facility operations director, said the project was something the university wanted to get ahead of.

"Obviously safety is life," Ockey said. "Safety for our students and campus community is a priority for us, and this is one way to start protecting their well-being."

There are two components to the project, which are not connected with each other, Ockey explained. The new classroom deadbolt locks allows someone to manually lock the door from within. If the classroom is locked, only campus police can bypass it with a special key.

“You hear about all the unfortunate things, so if you can keep an active shooter away from the population they are trying to attack, then you’re obviously protecting that population,” Ockey explained.

The second component is campus access control, which allows anyone with a campus credential to access the room when it’s locked. According to Ockey, the new software makes it easier for custodians and other personnel during after hours, because it eliminates the use of keys which can be easily lost or stolen.

“The integration of the locks with the scheduling software keeps people that shouldn’t be in rooms away from rooms when they shouldn’t be there, which ultimately makes our campus safer,” he added.

If funding is available, Ockey says the university plans on installing the locks to all classrooms.

ABC10 asked some students on campus what they thought about the new technology and deadbolt locks, but most of them didn’t know what they were.

“We should all know, because I feel like our campus isn’t really good about promoting these events or campaigns,” Sac State student Viet Mai said.

Although Mai was not aware of the new safety improvements, he said he was very pleased to learn the university was taking steps to prepare for an emergency.

"We always say nothing ever happens, and then one day it happens and we start getting all these new changes. I feel like we should be ready for it already,” he said.

Several emergency blue light phones on campus will also be repaired and replaced as a safety precaution.

The Sacramento State Police Department is investigating 30 vehicle break-ins that happened early Monday morning at one of the parking lots on campus.