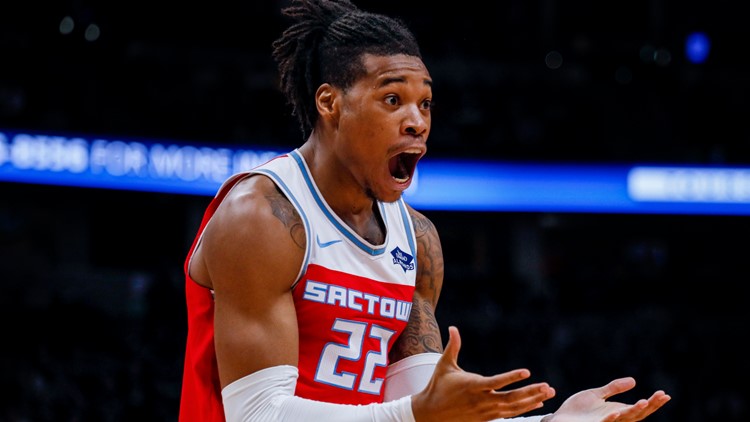 Photo by: AP
Sacramento Kings forward Richaun Holmes (22) reacts to being called for a foul in the second half of an NBA basketball game against the Denver Nuggets Sunday, Dec. 29, 2019 in Denver. Denver won 120-115. (AP Photo/Joe Mahoney)

Michael Porter Jr. got his first career start, and the rookie delivered with a season-high 19 points and six rebounds.

Nikola Jokic had 17 points and eight rebounds for Denver, which has won nine of 10.

The Nuggets finished their three-game homestand with two wins, coming back after a disappointing loss to New Orleans on Christmas.

Sacramento has lost seven in a row and will host the Los Angeles Clippers on Tuesday afternoon.