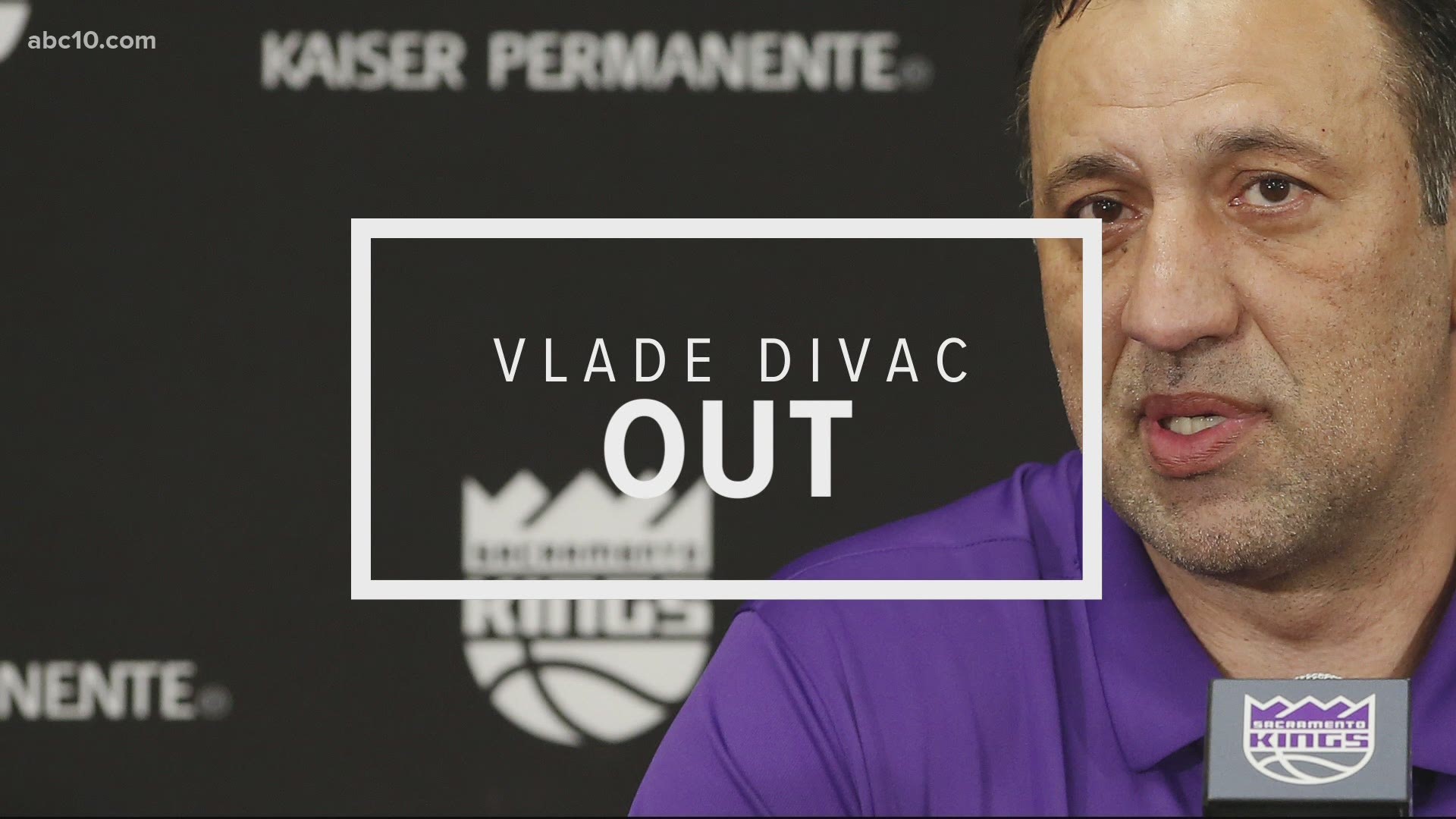 SACRAMENTO, Calif. — Vlade Divac is stepping down as General Manager of the Sacramento Kings, according to a press release from the team.

In the interim, the Sacramento Kings have named Joe Dumars as Executive Vice President of Basketball Operations.

The news follows the Kings elimination from the NBA restart bubble in Orlando, where they went in with playoff hopes, but ended with a 3-5 record, missing the playoffs for the 14th straight season. That’s the longest active drought in the NBA and one shy of the record.

A Kings legend, Divac was hired as General Manager in 2015, after joining the team two years earlier as vice president of basketball operations and franchise operations. Just last year, Divac signed a four-year extension with the team. During his tenure with the team, he traded away star center DeMarcus Cousins and passed on NBA star Luka Doncic for Marvin Bagley III, who has struggled to find consistent playing time.

Several sources confirm Vlade Divac stepping down to allow the organization search for a new GM. Joe Dumars to oversee in the interim, as @sam_amick reports.

Dumars has been assisting the Kings front office over the past year - not once has spoken publicly to the media.

In a press release, Kings Owner and Chairman Vivek Ranadivé said the decision was difficult, but one that needed to be made "as we work to build a winning team that our loyal fans deserve."

"We are thankful for Vlade’s leadership, commitment and hard work both on and off the court. He will always be a part of our Kings family," Ranadivé said in the release.

Divac thanked the Kings and Ranadivé for the opportunity to lead the team over the past five years.

“It has been an honor and a privilege to serve as the General Manager for the Kings,” Divac said in the release. “I want to thank Vivek for the opportunity and recognize all of the incredible colleagues who I had the great pleasure of working with during my tenure. Sacramento and the Kings will always hold a special place in my heart and I wish them all the best moving forward.”