Dry weather pattern comes on heels of one of the driest, warmest falls on record

A long stretch of unseasonably dry, warm weather is setting up across a large part of California just as the window for wet weather narrows. 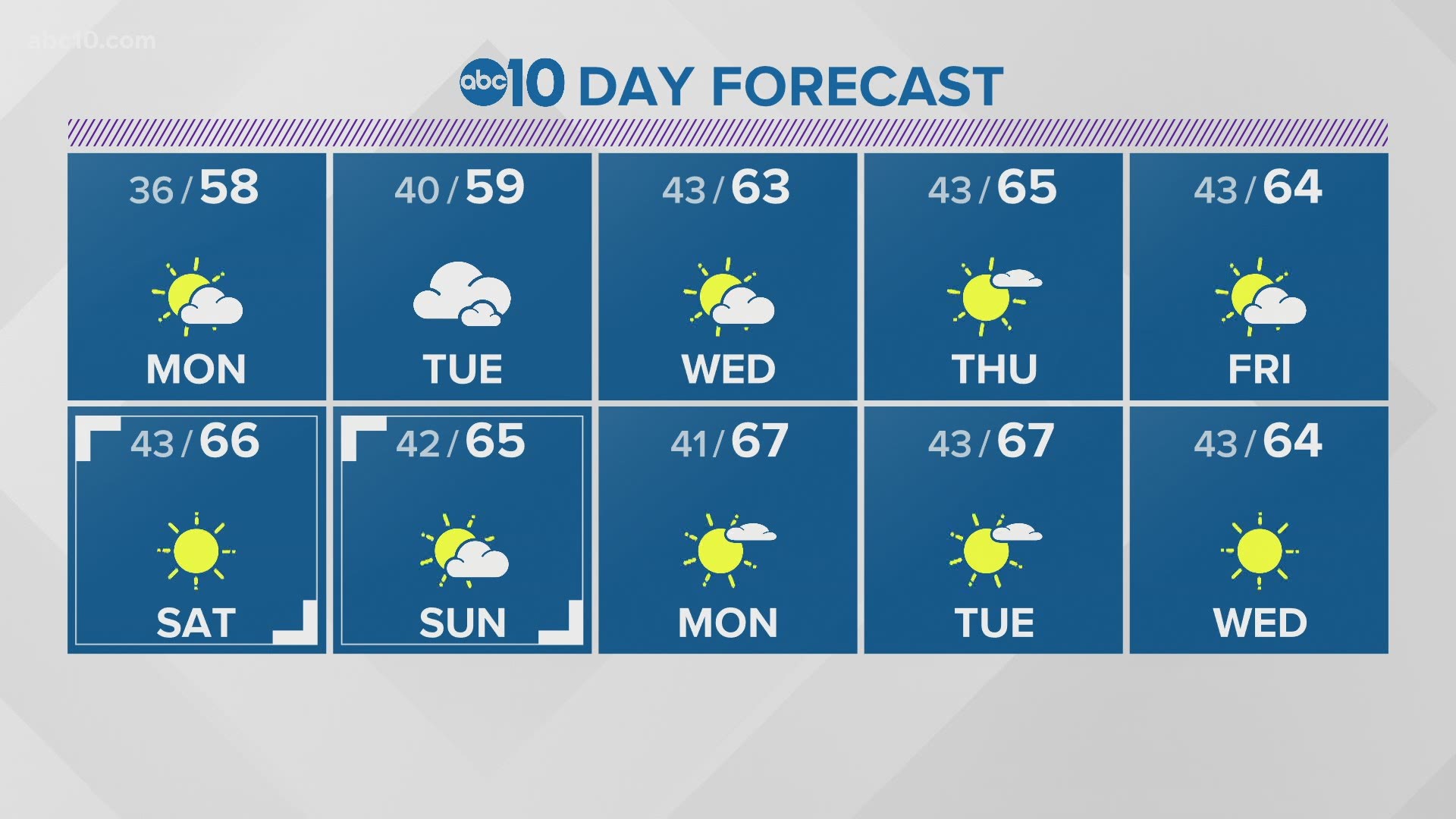 Now, long range outlooks are calling for a week and half long stretch of unseasonably dry and warm weather.

The rainy season typically has a slow start from September through October with little accumulated rain for much of the Sacramento and San Joaquin Valleys. Snow is also slow to start until mid-November. Unfortunately, it was even slower than average.

December was slightly wetter, but most areas continued to rack up rain and snow deficits. To date, the Sierra snowpack is running only about 50% of average.

Valley rainfall is also well short of average. Downtown Sacramento is over 5.50 inches behind in normal accumulated rain.

This is all on the heels of record dry and warm weather during our meteorological fall which runs September through November. The National Weather Service (NWS) in Sacramento just released the fall assessment with some valley locations reporting their top 10 driest and warmest falls on record.

Stockton had its second driest fall period on record. Modesto and Fairfield also had one of their top 10 driest on record.

Fairfield, Stockton, Downtown Sacramento and Modesto had one of the warmest periods on record for the fall season. The image below below has the ranking for the daily average temperatures.

Sacramento and Fairfield had the warmest average daily temperatures on record for the month of September. Stockton, Modesto and even Blue Canyon had top 5 rankings.

Some of the hottest days in September came on the 6th and 7th.

October began with the same dry, warm pattern. Stockton had one of the warmest October highs on record.

Weather You Know: How do you know when a storm is coming?