Digital designer Adrien Pecquet said he created project as a "tribute" to the fire agency after the 2018 Camp Fire. 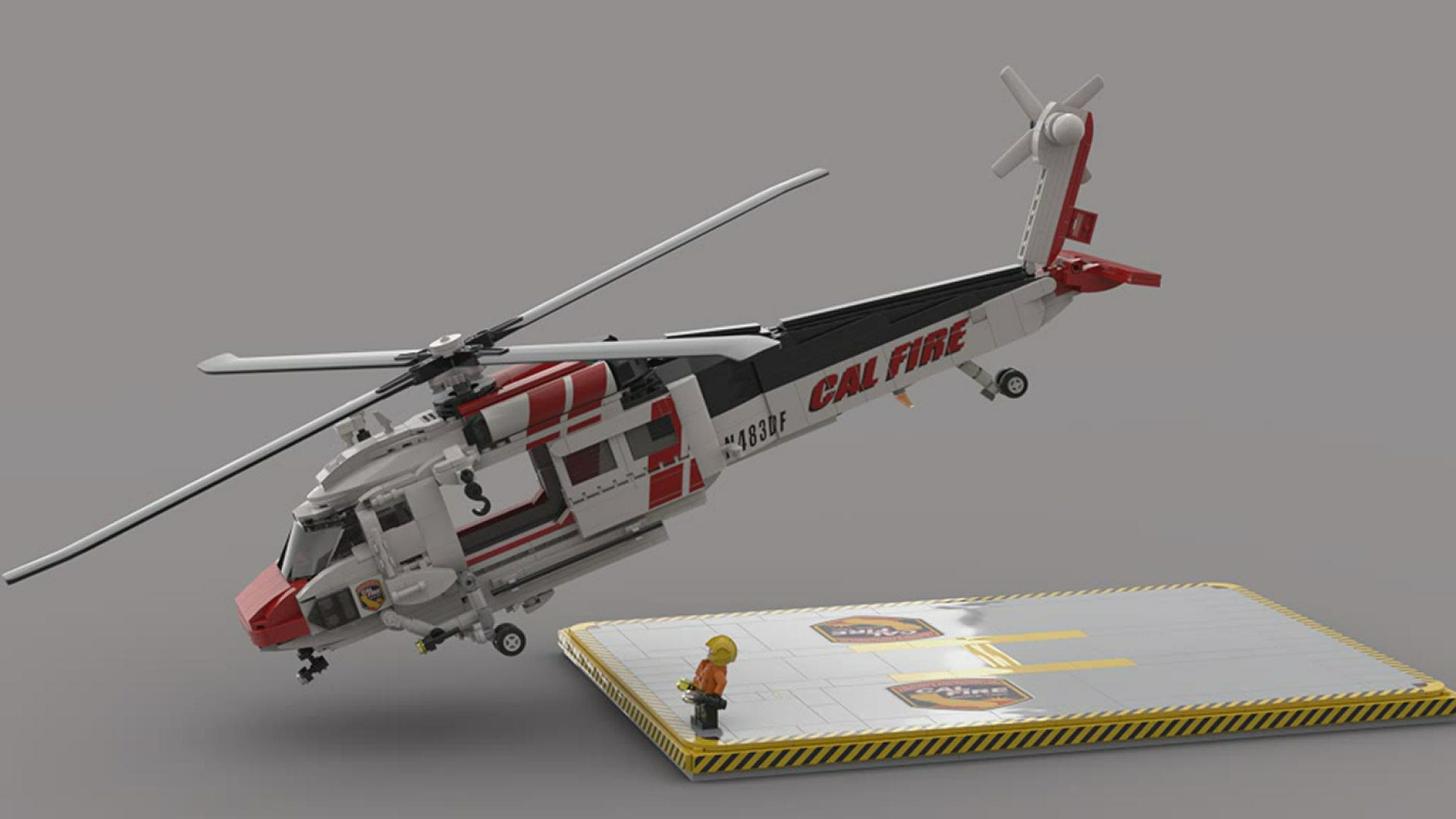 CALIFORNIA, USA — How would you like to build your own miniature Cal Fire Firehawk?

It could be a reality thanks to a digital designer who has submitted his design of the helicopter to Lego Ideas.

Adrien Pecquet is originally from Paris, France, but lives in Germany with his wife and 15-month-old baby girl. He was in Spain when he first started creating projects through Lego Ideas in 2013.

It seems like Pecquet would be far removed from the Golden State of California, but with a passion for aeronautics and a vision of Lego-style helicopters, Pecquet has created an amazing Cal Fire-inspired Lego set under his username Slekk024.

"I chose the Cal Fire because I really like California, and I remember its terrible past years when fires devastated an entire city (Camp Fire) and devastated hectares and hectares of forest," Pecquet told ABC10 in an email interview. "It really touched me, I was shocked, but at the same time I was really impressed to see Cal Fire in action."

Lego Ideas allows people to become designers of their own Lego sets. Other fans can vote on those projects, with the possibility of seeing that creation become a real Lego set.

Pecquet said that as a nature lover and helicopter enthusiast, creating the Firehawk in Lego version was like making a "tribute" to an agency he admires.

"In addition, it must be said that their devices are magnificent...I found it legitimate to do something to honor them in my own way and with my skills," Pecquet said.

This version of the Firehawk took Pecquet roughly two years to finalize. He has been working on the design since the Camp Fire of 2018.

The Firehawk helicopter is not the first of Pecquet's Cal Fire Lego designs either.

"My very first project was a Black Hawk because alongside the Huey it is one of my favorite helicopters," Pecquet said.

"The Cal Fire [crews] risk their lives at every drop, they fight against the most terrifying and devastating thing on earth, they are willing to sacrifice themselves to save lives, for all that I would say this project is special and stands out from other projects," Pecquet said.

You can vote on Pecquet's Cal Fire Firehawk here, or check out his other Lego Ideas projects here.

WATCH MORE: What hikers need to know to stay safe amid wildfire season